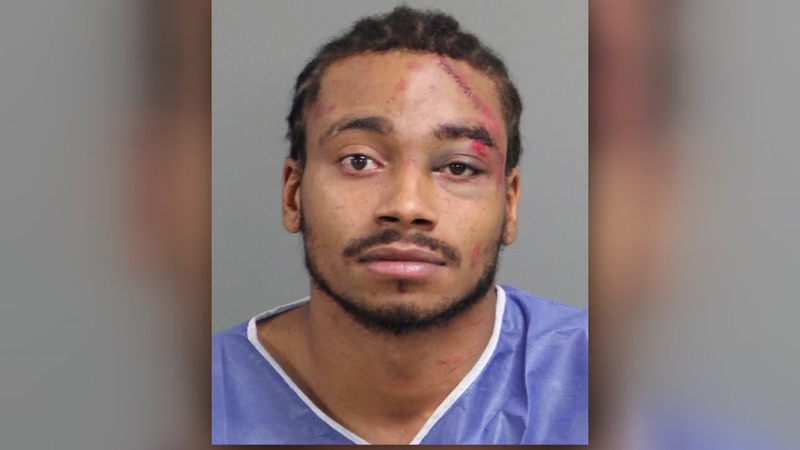 RALEIGH -- A man was arrested and charged Friday after allegedly assaulting two officers who were responding to a domestic violence call, according to warrants.

Travis Javon Hales, 25, of 1405 Altima Circle, was charged with assault with physical injury of a probation or parole officer, assault by strangulation, resisting a public officer, assault on a female, injury to real property, communicating threats and breaking and entering with the intent to terrorize or injure.

Around 2 p.m. Friday, officers responded to a report of a domestic-related assault in the 5200 block of Crosswood Way.

The officers were responding to a "domestic related assault" in which Hales broke into an apartment where his grandmother lives and assaulted her, warrants said.

While two officers attempted to restrain him, the woman officer was choked and the other was assaulted.

For the woman officer, the warrant said he left "his hand print around her neck, and she was unable to breathe."

Additionally, he was said to have scratched another officer on the face and ear.

Fortunately, the overall injuries sustained by the officers were non-life-threatening.

Hales told the female officer that, when he gets out, he's "going to kill her because she deserves it," the warrant said.