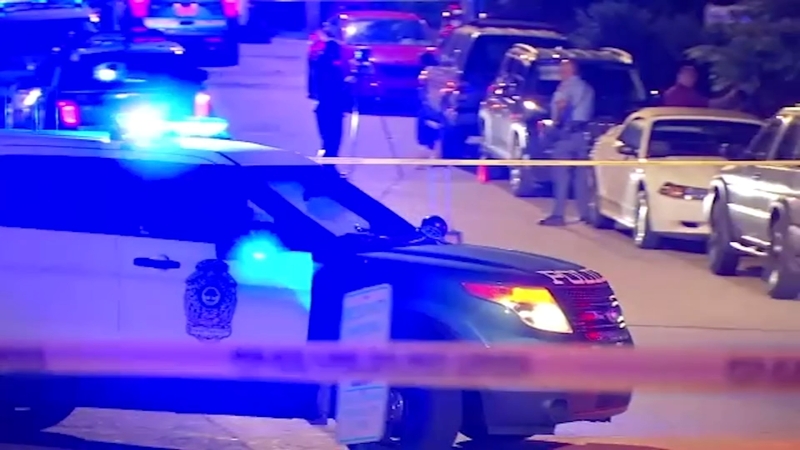 RALEIGH, N.C. (WTVD) -- There could be another sign under the blue-and-white one for Raleigh Police headquarters: Now hiring!

RPD Chief Stella Patterson revealed on Wednesday that the department is trying to fill 100 vacant positions. The Raleigh police union calls the shortage "astonishing." And residents who spoke to ABC11 say they're feeling the negative effects.

"Someone's life could have been at risk," said Trey Murray, a north Raleigh resident. He doesn't remember hearing the sound of gunshots that night on Sept. 19. But hearing that it took Raleigh police officers 90 minutes to respond to the 911 call about it came as no shock.

"It doesn't surprise me at all. I've lived here three to five years. There's a lot of incidents that have taken place in this neighborhood. It has been a while for (police) to come out and respond to our calls," he said.

The nation’s labor shortage taking its toll on Raleigh Police. The department is currently short 100 officers. Tonight, the impact on officers and residents waiting for help. #abc11 pic.twitter.com/qt5nlrzBLF

A tipster with inside knowledge of the city's first response system told ABC11 that on Sept. 19 between 2 a.m. and 3 a.m., there were no available officers; and when the 911 call came about shots fired on Pine Ridge Place, it took an hour and a half for an officer to arrive.

Patricia Rocker has lived here in a north Raleigh condo on Pine Ridge Place for 2 1/2 years. She said she has called 911 more than once about the sound of gunshots. She knows the wait time well.

"I'm just not sure where the gunshots were coming from," she said. "It usually would take over an hour, one to two hours for police to respond. Absolutely, too long"

Raleigh Police Protective Association Vice-President Rick Armstrong said the incident was "Just unacceptable. I don't think anyone should wait 90 minutes for a police officer when they hear gunshots."

"The police department is over 100 officers short right now," she said in a news conference regarding the city's quarterly crime statistics.

The 100 vacancies in an 800-officer department are more than a 10% vacancy rate.