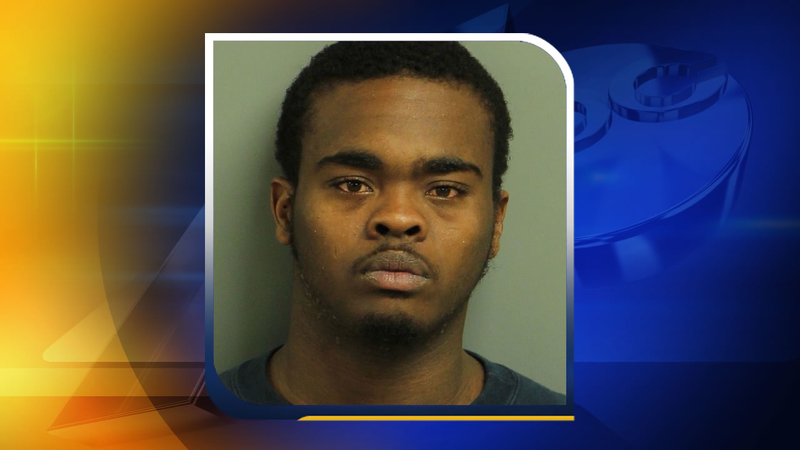 RALEIGH (WTVD) -- Uber driver Marcus Fleming from Wilson was in downtown Raleigh on a Saturday two weeks ago when he saw a woman struggling with a man.

"He was trying to drag her behind those bushes and it was a scary. It was really, really scary," Fleming told ABC11.

It was crunch time for drivers - just after 2a.m. - when the bars close and most everyone floods out of downtown.

He had just dropped off one customer and was on the way to pick up another when he drove by the man and woman.

At first he thought they were arguing, but despite the music playing inside his car he quickly realized it was much more.

"She was screaming. I heard her scream over my radio when I was doing my U-turn. And I knew that it just wasn't a fight," Fleming said.

Fleming says he aimed his car at the attacker and accelerated.

"I sped up and he ran off. Like I sped up as if I was trying to run him over. You know, just to maybe scare him off or something and apparently it worked," he said.

He says he chased after the attacker with his car, but the man ran through yards and got away.

That's when he found out Herron was already out of jail on a pending rape charge.

Fleming says the victim, a 49-year old Raleigh woman, called him a couple of days after the attack.

"She was just thanking me you know that I was there. You know I didn't want her to feel like, you know, she owed me anything because I didn't do it for the accolades. I did it because of, you know, it's the decent thing to do. It's the right thing to do," he said.

The 34-year old noted that two other men on foot also ran to the woman's side.

He says all of them only did what he hopes anyone would do.

"I would hope someone would do that for my mom or my sisters or any friend of mine that was in the same situation," he offered.