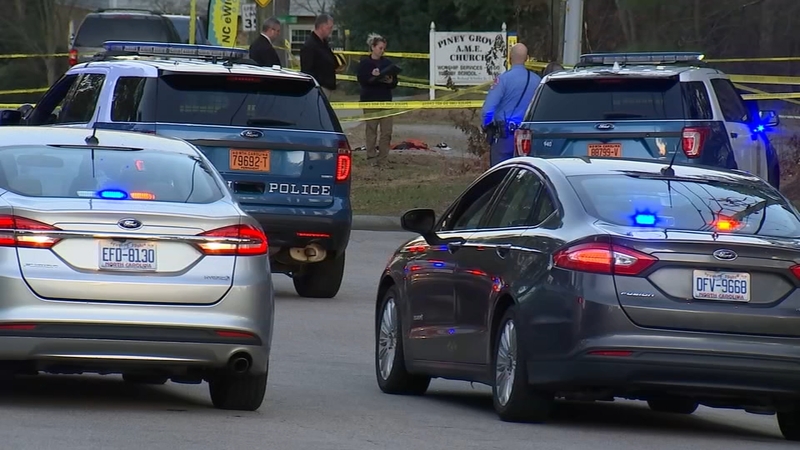 An officer responded to the scene just after 3 p.m. on Pleasant Valley Road near Glenwood Avenue and found the suspect--later identified as Keith Dutree Collins--matching the description.

When the officer approached Collins, he ran. During the chase, Collins pulled out a weapon prompting the officer to shoot his gun, striking Collins multiple times. Collins was taken to the hospital where he later died.

Tonight @raleighpolice chief Cassandra deck-brown describes why officers were sent to the scene in the first place today. We have a full recap of this officer involved shooting at 11 and the name of the man shot and killed by police too. #ABC11 pic.twitter.com/dG9j59xcjr

Deck-Brown said the officer was wearing a body-camera during the time of the shooting and will file a petition to release the body-cam footage.
EMBED More News Videos