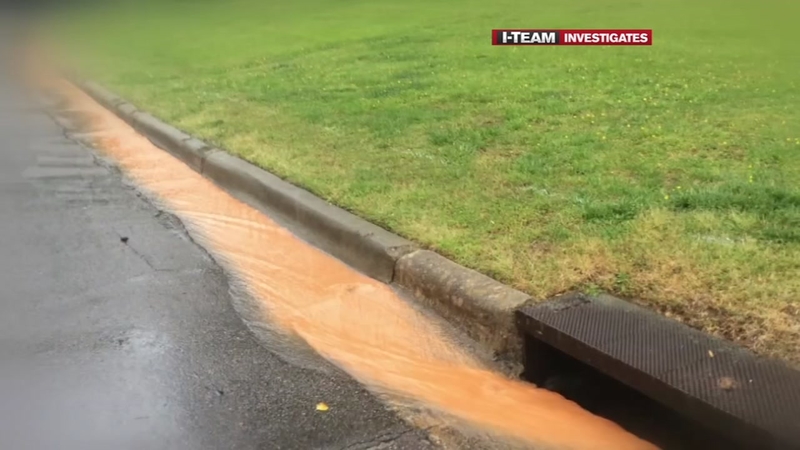 Complaints pour in about stormwater runoff

RALEIGH, N.C. (WTVD) -- Dozens of Raleigh residents are urging city officials to strengthen regulations on stormwater runoff from construction sites where new houses are being built.

According to the complaints, the issues are arising from infill lots, where a property owner knocks down an old house and builds a new one. The lots, often smaller than one acre, do not have the same requirements for stormwater treatment that new developments larger than two acres have in Raleigh's Unified Development Ordinance (UDO).

Jeter's home on Plantation Road matches the look of several inside the Beltline: brick-style ranches built around the mid-20th century. A few years ago, someone bought the same-style home next door, razed it, and built a two-story modern home in its place. According to Jeter, the construction exposed two key problems with city ordinances:

First, when under construction, contractors need only put up silt fencing and a downspout. By design, the silt fencing should stop sediment and other potential pollutants to the water, but Jeter said they frequently fail.

Second, after construction, home builders are not required to connect any stormwater treatment to the city system, and instead, he said, they are free to engineer the property so the rainfall simply washes off property in any direction -- including into his own driveway and yard.

"We're worried about water getting past the brick line, we worry about water pulling down a tree," Jeter told ABC11, and he added that he's spent more than $10,000 of his own money on tree removal, stone barriers and other efforts at remediation. "I worry about what my yard is going to look like after it takes more soil from the yard."

Marsha Presnell-Jennette shared several pictures with the I-Team that show rainwater with a brown-and-red tint flowing from construction sites into a nearby creek.

"The water from the sky is not colored reddish brown," she said. "The sediment runoff is in the Neuse; this is drinking water for how many North Carolina citizens all the way to the coast."

The I-Team learned there are more than 250 infill lots under construction and there could be many more in the future. The I-Team also took residents' concerns directly to the City of Raleigh Stormwater Management.

"We're going to require more stringent ditches and controls to minimize that impact from a lot to its neighbor," Miles told ABC11. "That's part of the changes we're working on right now. We're always looking for places to improve our design guidelines, our manual, ways to regulate growth to mitigate impacts."

Still, UDO changes could take a year to get approval from the Raleigh City Council. In the meantime, Miles is promising city inspectors will work with residents to catch any violators of existing ordinances, including silt fences. Since 2016, Miles says the city has issued 95 sediment-and-erosion-control notice of violations.

The UDO last had a major update in 2016, at which time Miles said the city implemented important rules related to infill lots, including imposing stricter limits on impervious surfaces. Miles added that the data shows complaints have only recently spiked because of this year's record rainfall.