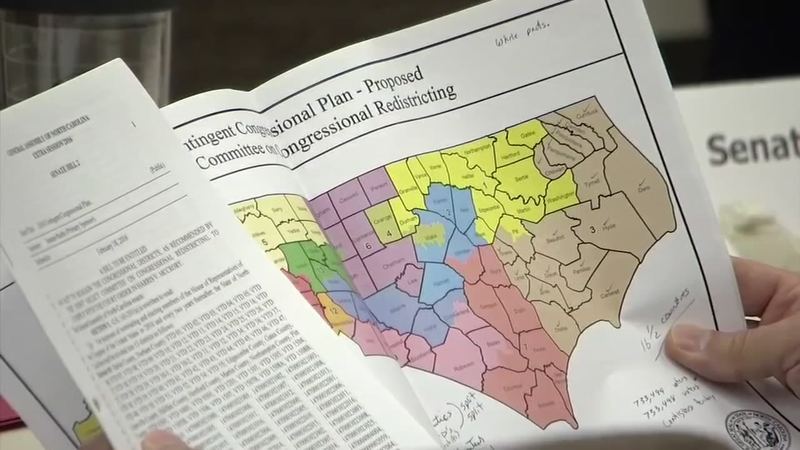 RALEIGH, N.C. (WTVD) -- The process of drawing district lines in North Carolina has seen its fair share of criticism. Now, three Democratic senators have introduced a bill that they hope will change that.

"We don't want to dilute the power of the people," explained said Curtis Hill, Columbus County Forum. "We want the people's voices to be heard."

A bill was introduced Thursday that would eliminate politically charged gerrymandering -- the process of dividing a region in a way that gives one political party an unfair advantage.

Regular voters would have the power to draw district lines.

"It puts voters, not politicians, at the center of a fair and open process to draw our congressional legislative districts," said Jennifer Bremer, League of Women Voters of North Carolina.

The bill creates a 15-person citizens redistricting commission. Anyone could apply but there are strict requirements. Candidates cannot have any affiliation with politics but they must be registered voters.

"There's a lot of eligibility requirements to try as best as we can to weed out political people who have served on committees or big campaign donors," said Brent Laurenz, Common Cause North Carolina.

Right now, legislators are in charge of drawing district lines after they review voter data, which allows them to manipulate districts in a way that could be beneficial to them or their party, but supporters are hoping this bill will change that.

"Democrats were not right, my party was not right when we did it and the Republicans are not right doing it now," said Senator Erica Smith, D-3. "It is unfair to the people of North Carolina."

Other states do have these citizen commissions who draw district maps.

"This phony commission they're promoting uses the same strategy as their lawsuit," he continued. "Ask a group stacked with Democrats to draw new maps that give Democrats a majority. If their goal is nonpartisan redistricting, then why create a commission that gives Democrats control over everything?"