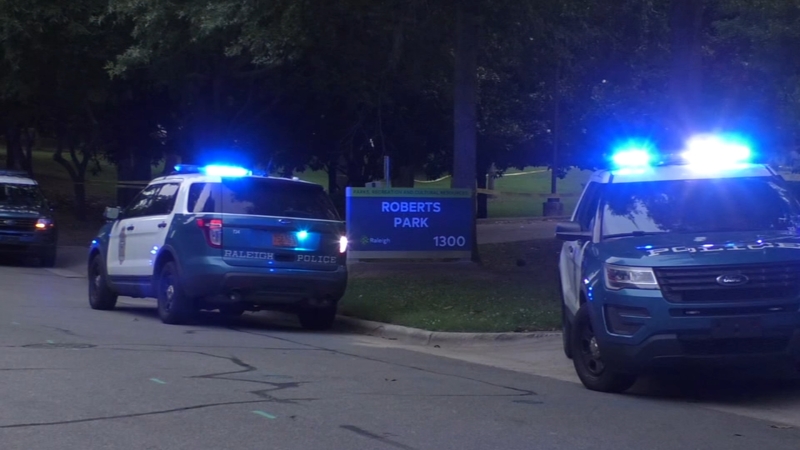 RALEIGH, N.C. (WTVD) -- An EMS worker was shot at a Juneteenth event in Raleigh.

It happened just before 7 p.m. at Roberts Park, which is located on East Martin Street about a mile east of downtown Raleigh.

The EMS crew was at the event responding to a call about a person who had fallen down and needed assistance.

The EMS crew heard gunshots and took cover. One bullet hit the ambulance and the other hit one of the workers, according to Wake County Government's Communications Office.

Both the person who had fallen down prior to the shooting and the EMS worker who was shot were taken to the hospital.

The EMS worker was treated at the hospital and released. His name has not been released.

The person responsible for the shooting has not been identified.