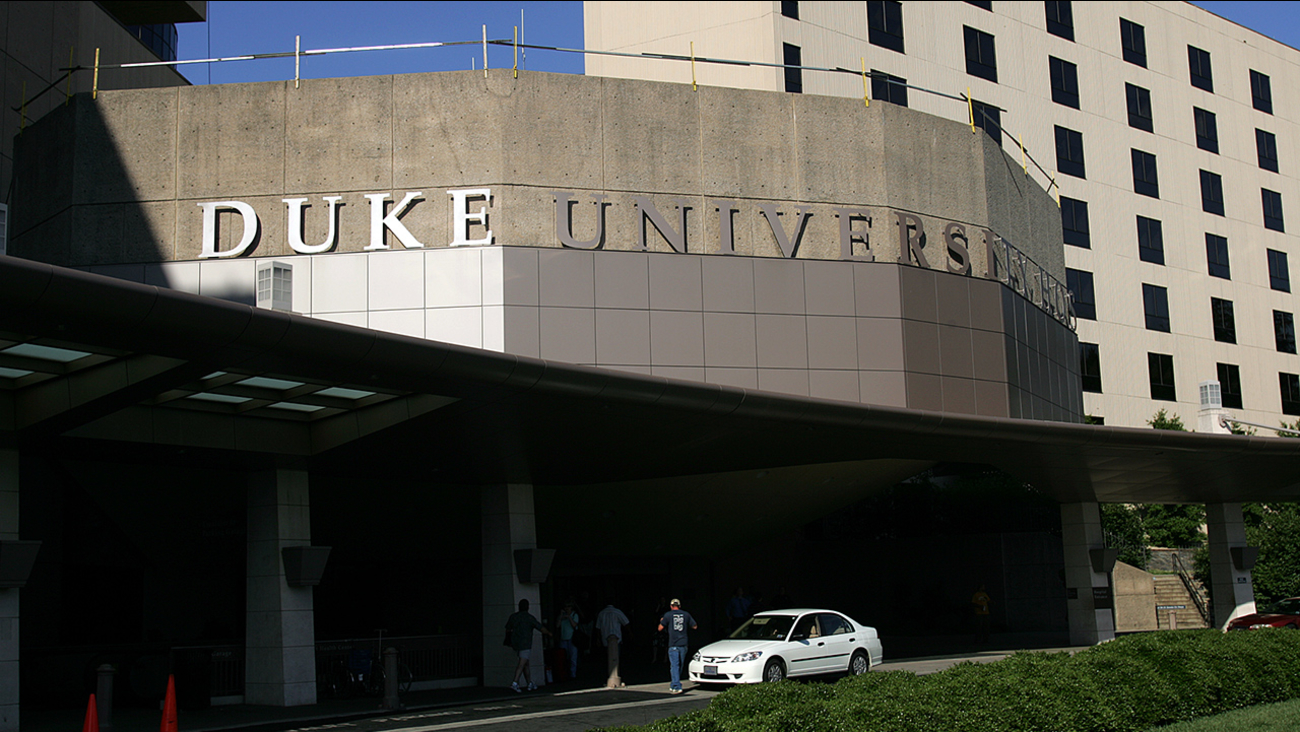 She had severe bruising on her body and was placed on life support when she arrived at the Durham hospital.

The Robeson County Sheriff's Office said it received a call Friday about 6:10 p.m. from Southeastern Regional in reference to a child abuse.

Kinsley, who lived on Old Whiteville Road in Lumberton had obvious physical injuries and was treated in the ER before being taken to Duke.

Kinsley died Saturday and an autopsy was performed Monday, the sheriff's office said.

Preliminary autopsy findings revealed the little girl was subjected to blunt force trauma and died as a result.

Clark is being held without bond.

ABC11 has decided to slowly reduce the number of stories on the website that have a comments section. We believe very strongly that our audience should have an opportunity to discuss and debate events in our world, however, we have not been able to moderate the comments as well as we would like. Instead of hosting a platform that could allow a few loud and ugly voices to dominate a conversation, we want to encourage everyone to join us on our social media platforms and speak out there. Facebook: facebook.com/ABC11 Twitter: twitter.com/ABC11_WTVD
Report a correction or typo
Related topics:
durhamlumbertonncdurham countychild abusemurderchild deathnorth carolina news
Copyright © 2021 WTVD-TV. All Rights Reserved.
TOP STORIES
Motorcyclist killed, teen airlifted in 4-vehicle crash in Fayetteville
Crowd gathers at Cardinal Gibbons to cheer on Cary native in Olympics
Retired SC officer killed by deputy fired in 2019: Deputies
Comedian Jackie Mason dies at 93
UNC football player autographs, sells shirts as part of new NCAA rules
New legislation would require women to sign up for potential draft
Show More
Rubber duckies help raise money for youth programs
Vaccines are 'personal decision,' Hillsong Church founder says
Bumble match turns in Jan. 6 suspect who allegedly whipped police
Should vaccinated people mask up with COVID-19 cases rising?
Amazon hires investigators to probe work culture
More TOP STORIES News