WTVD
ROBESON COUNTY, N.C. (WTVD) -- A Robeson County police officer had to be airlifted to the hospital overnight Saturday after being beaten during an arrest.

According to Rowland Police Chief Hubert B. Graham, Officer Michael Sales, 27, responded to a disturbance call in the area of Benton Court when he began struggling with Jamel Alphonso Rogers.

ABC-affiliate WPDE reported a bystander recorded the incident on a cellphone and went live on Facebook. According to the video, the fight lasted nearly 11 minutes.

Graham told WPDE the video really upset him and shows the harsh reality of what police encounter on call.

"Today's society, that's just how they think and operate. This is something that we, as law enforcement, been telling the public for years. It's not shocking to us because we been doing this for years," said Graham.

This is the second time Sales has been attacked on a call, according to WPDE. Sales was surrounded by a crowd outside a store last December when he worked for the Maxton Police Department and was violently beaten by a man.

Graham added he'll ask a judge to deny bond for Rogers due to the seriousness of the charges against him.

Rogers was charged with assault with a deadly weapon with intentions to kill while inflicting serious injuries, kidnapping and two counts of resisting a public officer. He is being held at the Robeson County Detention Center.
Report a correction or typo
Related topics:
ncpolice officer injuredfightpolice officer
Copyright © 2020 WTVD-TV. All Rights Reserved.
POLICE OFFICER INJURED

Hostage situation over after 3 officers shot 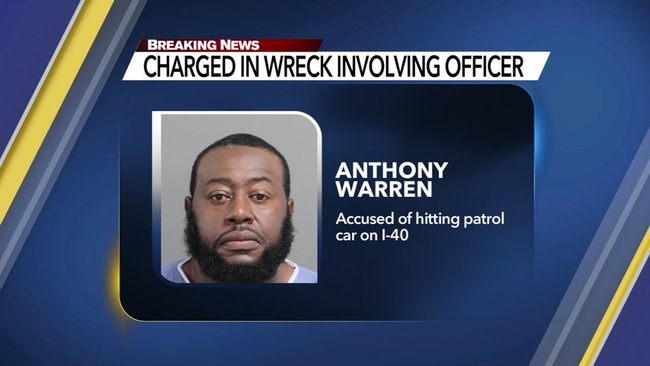