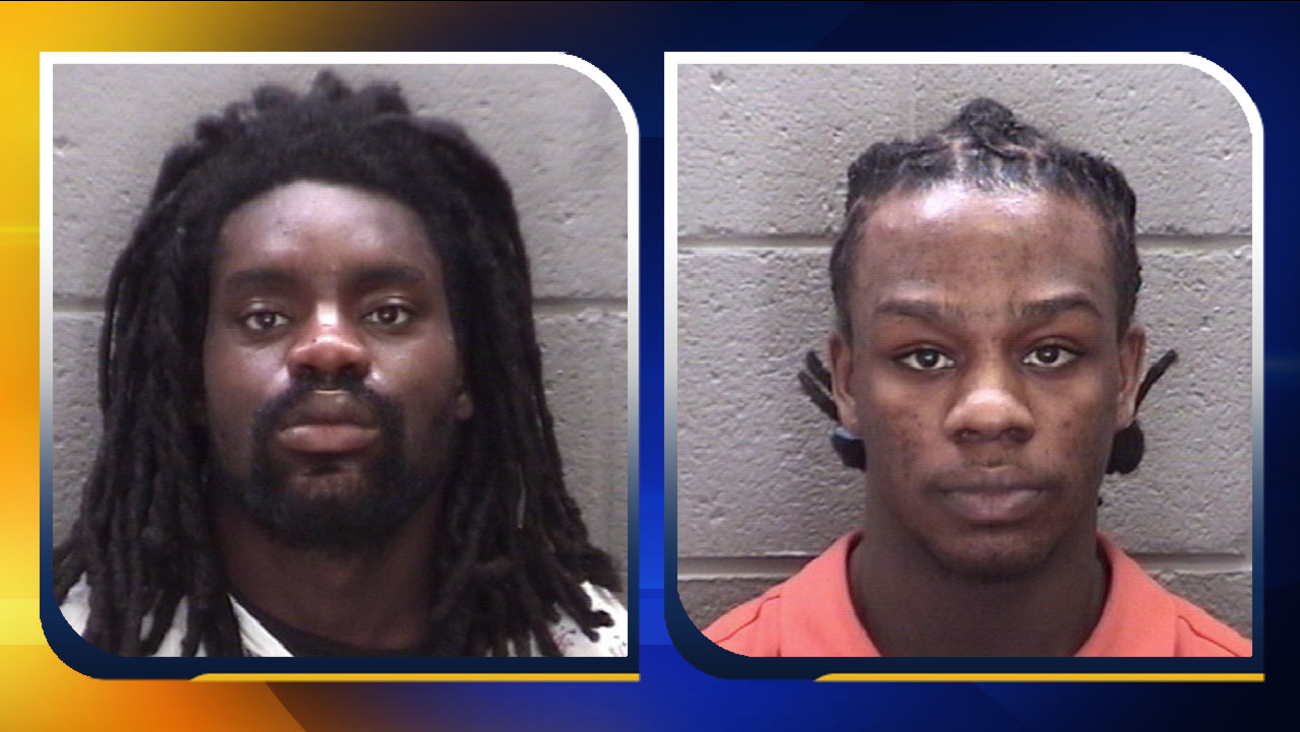 ROCKY MOUNT, N.C. (WTVD) -- Two men have been found guilty of first-degree murder for the 2012 violent killings of two people in Rocky Mount.

Police said Sylvester Andrews, Jr. and Trayvon Moody-Powell were tried for double-homicide in the Edgecombe County Superior Court on Sept. 28.

The Rocky Mount Police Department found two men shot to death inside a car parked in front of a house on Pender Street on April 8, 2012. The victims were identified as Randy Elliot and Gregory Freeman.

Police said the crime was especially violent, as it involved the suspects spraying bullets into the parked car with an AK-47 assault rifle.

According to police, the double-homicide was part of a disturbing crime spree across Rocky Mount. After exhaustive investigation, police traced the crime back to Andrews, Jr. and Moody-Powell. Police said Andrews, Jr. was a high-ranking member of a local gang.

The jury returned the guilty verdict on Thursday, just days after the trial began.

Both Andrews, Jr. and Moody-Powell were sentenced to two consecutive life sentences without the possibility of parole.