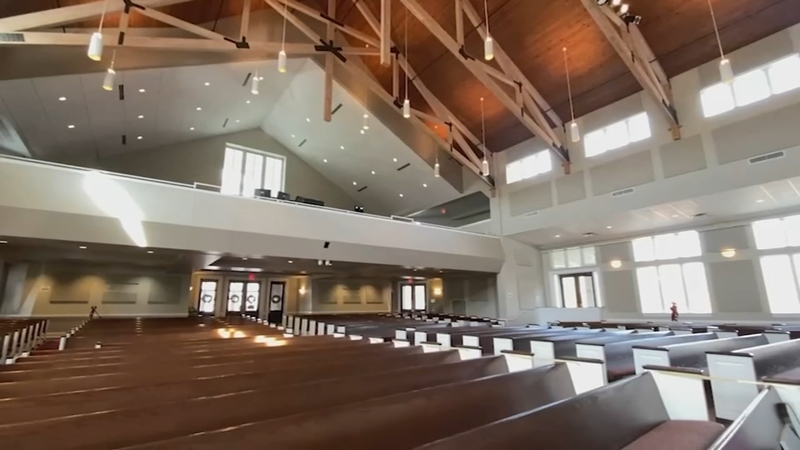 "My first reaction was, this isn't a surprise. We've been anticipating this moment for a long time. We've seen the erosion of abortion rights from the time of Roe v. Wade," said the Rev. Katey Zeh, the CEO of The Religious Coalition for Reproductive Choice.

"What's most important to me is to center the person in need and say how can I be helpful to you as you go through this difficult decision-making process. I think that's what holds all of our religious traditions together is that common care for the neighbor and showing love and compassion to them during their difficult moments," Zeh said.

On the other end of the spectrum, Dr. Daniel Dickard, senior pastor at Friendly Avenue Baptist Church in Greensboro, supported the contents of the draft.

Abortion straddles the line between religion and politics, though Dr. Karey Harwood, an associate professor of Religious Studies at NC State noted the intertwining of the two has not always held such a large role.

"This has evolved too. In pre-Reagan era times, evangelical Christians generally shied away from getting involved in politics. That was not something that was a priority. But I think it was really politicians that courted the religious right starting with (President Ronald) Reagan in particular, for very utilitarian, instrumental reasons, to get more votes. Over time there has been a very strange melding of evangelical Christianity and hard-right Republican views," said Harwood.

Harwood noted that diversity of opinion on this issue exists even within the same denominations.

"What's so important when we talk about legislation and policy is that we live in a religiously pluralistic society and all of us have the right to reproductive freedom and also religious freedom. So any laws or policies need to uphold the religious liberty and religious freedom of everyone, not just one particular religious tradition or group," Zeh said.

Dickard disagreed with that assumption.

"From a Constitutional standpoint, I think it would be a good thing to be returned back to the states, but the work of Christians is not done when it goes back to the states. At the end of the day, our goal is to promote life," Dickard said.

Dickard said that needs to be backed up by actions.

"We're also involved in adoption processes, and walking alongside mothers, so that they will choose life. And our church has been actively involved in pregnancy networks as well as other agencies," Dickard explained, and he added that his brother is adopted.

The Pew Research Center's Religious Landscape Study of 2014 found that a majority of Buddhist, Hindu, historically Black Protestant, Jewish, mainline Protestant, Muslim, and Orthodox Christian followers supported legal abortion in most or all cases, while most evangelical Protestants, Jehovah's Witnesses, and Latter-day Saints members believed it should be banned under those same guidelines; Catholics were fairly split on the topic.

"There will be common denominator values like human life is valuable and should be saved. But interpreting that can really differ. And some of that can come down to whose life is more important - the mother's or the fetus'? And there are some eye-opening religious differences between religious traditions on that," said Harwood.

Several states have moved forward with plans to further restrict access to abortion, or have trigger laws in effect if Roe v. Wade is overturned.

"I just don't think this is an issue that's so simple to say it's always right or it's always wrong. It just isn't. And I have faith in my fellow citizens that they can hold a difficult, complex issue in their mind and come to a more nuanced understanding of what would be appropriate. And people who have religious faith who are going to be writing these laws, they need to think of all of us. They need to come up with laws that are appropriate for everyone, that can be universally applied, and to just legislate from their own particular interpretations of their faith traditions," said Harwood.
Report a correction or typo
Related topics:
religion & spiritualityraleighgreensboroncabortionchurchsupreme courtu.s. supreme court
Copyright © 2022 WTVD-TV. All Rights Reserved.
TOP STORIES
Death toll rises to 21, mostly children, in TX school shooting
Downed tree causes power outage in Raleigh
Biden to sign policing order on anniversary of Floyd's death
Triangle activists, law enforcement react to deadly Texas shooting
Southern Baptist Convention to release list of clergy sex abusers
Uvalde school shooting: What we know about 19 kids, teacher killed
Plans revealed for new development where circular Raleigh hotel stands
Show More
A look at some of the deadliest US school shootings
Entrepreneurial Fayetteville sisters honored with Key to the City
Camp Lejeune warns people of explosives-filled beach area
Canes fall 4-1 in New York; series tied at 2
Johnston Co. dad starts Facebook group to help families find formula
More TOP STORIES News