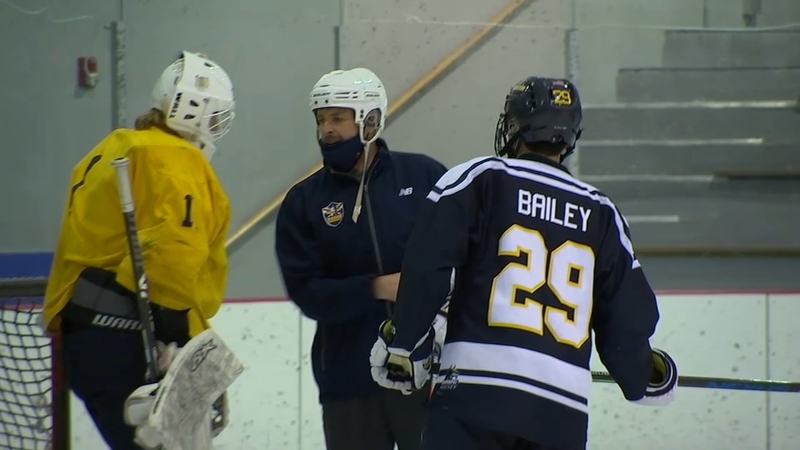 For the past several years, former Hurricanes defenseman Aaron Ward has been the head coach of the Rogue Warriors youth hockey team.

As high school seniors, now this is their swan song and they're hoping to go out big. Ward and his team leave Wednesday for Green Bay, Wisconsin and the Nationals.

"I don't want to coach just anybody. I want to coach kids I'm invested in, and I'm fully invested in these kids." Ward told ABC11 Tuesday, adding that he's coached many of them since they were 10 or 11 years old.

For many of the players, it's indeed a goal years in the making.

"Just being involved with his team has been the greatest moment of my life. Starting out with a not so great team but building up to go to Nationals is just an all-time dream." said team captain Dillon Phillips.

As with any southern team, the Rogue Warriors are headed to Wisconsin with some added motivation.

"You always want to prove to those Michigan and New York teams, especially Alaska wrong cause they'll come in cocky most of the time" forward Michael Vaglia said. "And you just want to show that hockey does belong here in North Carolina, and that it can grow and be elite."

The Warriors actually qualified for Nationals two months ago but because of COVID-19, the wait has been interminable. Nothing but practice.

"This daily grind has been killing me, just been putting in the work every day, waiting for the moment and the opportunity." said Phillips.

For Ward, the challenge has been keeping his guys focused and motivated.

"There's an end goal, they see the light at the end of the tunnel, they can motivate themselves to step it up." Ward said.

Ward, who won three Stanley Cups during his NHL career knows the eternal bond that can come from victory.

"No one can take those memories away from you. In 2006, there's still a text chain of the guys who won the Stanley Cup championship. These guys I hope will have the same," said Ward.

Vaglia noted the finality of the coming tournament.

"It's a little bittersweet because it's kind of sad that this would be the last ride with a bunch of the guys but it's also gratifying to know that all of our hard work of the past couple years is paying off and we have a great opportunity to do something special," said Vaglia .