Nevertheless, the sports world rebounded quickly, reacting first with disbelief (was this an April Fool's joke?) then with outpourings of thanks and tributes as the reality sunk in that the coach who has left a giant imprint on college basketball for more than three decades was indeed calling it a career.

From current and former players to rival coaches and fans, accolades poured out for one of the sports' winningest and most influential coaches.

"Like everyone, I was surprised to read today's announcement about Roy Williams' retirement," Duke coach Mike Krzyzewski said. "College basketball is losing one of its greatest coaches and a man who genuinely cares about the game of basketball, and more importantly, the people who play it. Roy has led two iconic programs as a head coach and did so in exemplary fashion. I have the utmost respect for Roy and his family, who represented themselves and their institutions with class, grace and humility."

Krzyzewski and Williams often battled for ACC and national supremacy during their tenures at the nearby rival schools. Since Williams took over in Chapel Hill during the 2003-04 season, the Duke-UNC rivalry, already huge, became a national phenomenon, perhaps the best rivalry in American sports.

Duke got the best of the series, winning 22 of the 40 encounters, but the rivalry produced some of the ACC's most memorable games. Krzyzewski won seven ACC titles in that stretch to Williams' three, but UNC captured one more national title (three) than Duke during the Williams' era.

"While we were on opposite sides of college basketball's greatest rivalry, we both understood how lucky we were to be part of it and always tried to represent it in the way it deserved," Krzyzewski said. "Personally, I will miss competing against him, seeing him at coaches' meetings and having the opportunity to discuss how to make our game even better. Roy is a great friend, and our sport was very fortunate to have him as long as it did. We have all benefitted from his longevity in and commitment to coaching. His legacy is secure as one of the greatest coaches in college basketball history."

In his final home game as head coach of the Tar Heels, Williams' team beat rival Duke 91-73 to complete a season sweep of the Blue Devils -- cementing his record in the Smith Center at 241 wins and just 40 losses.

The 70-year-old Williams finishes his career as the third-winningest coach in Division 1 history.

"When I first got the job at North Carolina Central (in 2009), the first person to reach out and offer his support was Roy," said NCCU coach LeVelle Moton. "That meant a lot to me. He didn't have to do that. He once came to NCCU to do a banquet. He did everything for free. He's just a good friend. Anything he could do to help me, he did."

Moton said that love for his community is why Williams always treated his team as his family but it's his children and grandchildren he knows Coach Williams is eager to enjoy more of.

Leonard Hamilton, the Florida State coach who led the Seminoles to a Sweet 16 trip this year, noted the impact Williams had on basketball in the Tar Heel State.

"Growing up in North Carolina and being a tremendous fan of ACC basketball, I recognize the historical importance of North Carolina to the ACC and college basketball," Hamilton said. "Coach Williams carried on so well the rich tradition of the UNC basketball program, and he did so with great professionalism and loyalty. He has been a fantastic ambassador for our great sport. The landscape of college basketball has changed tremendously, but the Carolina tradition because of Roy Williams is as strong as it has ever been. He is a Hall of Famer in every sense of the title, and we want to wish him and his family well as they begin this new phase of their lives."

Tar Heels' play-by-play radio announcer Jones Angell told ABC11 that he knew it had been a hard year for the program, and for Williams, in particular. He noted Williams had lost his father-in-law in the past year and that "was a hard moment for him."

"It was a difficult year on the court, the game of college basketball is changing," Angell said.

Angell said it was apparent Williams wasn't happy with the way the season was unfolding.

"He said a couple times throughout the year that 'this season just hadn't been as much fun' and I do think that with all the stuff that was stripped away from this season, especially at a place like Carolina, where it's the Smith Center, and it's the fans, the campus, and it's Late Night with Roy and it's his charity cancer breakfast and all these different things that normally kind of make the season what it is in addition to the year itself just on the court, and all that stuff was taken away," Angell said. "And I think that made it a much more difficult year and it did appear that kind of did wear on him as the season went on."

Pitt coach Jeff Capel, who played at Duke in the 1990s, said, "Congrats on one of the greatest coaches sports have ever seen. Coach Williams is the epitome of sustained excellence. On top of that, he is one of the true gentlemen of the game. He will be sorely missed."

"I want to congratulate Roy Williams on a fantastic career and wish he and his wife, Wanda, the absolute best as they move on to the next part of their lives," Kentucky coach John Calipari said. "I am so thankful for Roy's friendship throughout the years. He is someone I could call about anything and did so many, many times. I have the ultimate respect for Roy in how he did his job, how he coached his team, how he won at the highest level, and most importantly, how he cared about his players. He won everywhere he has been and has coached some of the game's best players. He will go down as one of the greatest coaches in the history of our game.

"The thing that speaks to me the most about Roy is how he never forgot about the people who helped get him there," Calipari added. "Roy would always make sure his high school coach, Buddy Baldwin from Asheville, was sitting behind his bench and along for every step of the journey. And then the respect he had and showed for Coach Smith was always first class. His ability to give credit and respect the tradition and those before him was, to me, something that always said who he was as a coach and a man. The game is going to miss his everyday presence."

Michigan State coach Tom Izzo said: "Roy Williams is one of the best coaches and best people in college basketball. I've had the privilege to coach against him many, many times and I've always had great respect and admiration for not only what a great coach he is, but for how he has run his program and the class he has brought to college athletics. It will be different to look at the North Carolina sideline and not see Roy there, but I wish him my very best after an incredible career as one of the great coaches in college basketball history."

State politicians chimed in, including UNC alumnus Gov. Roy Cooper, who tweeted that "Dadgummit! ... We hate to see you go."

"Congratulations to Roy Williams on his much-deserved retirement as one of the greatest college basketball coaches of all time," Sen. Thom Tillis said. "Coach Williams is the ultimate Tar Heel, starting as a student-athlete, serving as an assistant coach under the legend Dean Smith, and coming back to Chapel Hill to restore the program to its former glory and winning three national championships. His leadership and legacy extend far beyond the basketball court, as Coach Williams was always generous with his time and resources in support of the Chapel Hill community. I join all North Carolinians in thanking Coach Williams for all he accomplished for our great state."

Sen. Richard Burr wrote: "When Roy Williams first stepped onto the court in Chapel Hill as a college freshman, I doubt anyone, even the great Dean Smith, could predict the Hall of Fame career he was about to start. After 48 seasons as a basketball coach - that included leading the Tar Heels to three national championships - Coach Williams can look back on his career knowing he leaves an enduring impact on UNC-Chapel Hill, the state of North Carolina, and the hundreds of young people he mentored over the years."

More than coach, Roy Williams was a mentor

When Williams and the heels won his first national title in 2005, he counted on Jackie Manuel as the team's small forward and shooting guard. On Thursday, Manuel was driving when he got a call from his old teammate on that title team. Sean May was on the line to deliver a stunner.

"(Sean's) like, 'hey I just want to let you know that Coach Williams is retiring. And I'm like, what?! "I was just stunned. I was in shock," Manuel said. "Obviously we all expected it to happen one day - but just not anytime soon."

"I rushed over to the Smith Center and he was in his office and I just gave him a big hug and told him I loved him. All these memories came back in to my mind of when he first got here in 2003 and where things were."

Memories of when Manuel arrived in Chapel Hill as a freshman with the program in disarray. Williams arrived before Manuel's junior year. He was a national champion by graduation.

"He just changed the trajectory of where the program was going and what people thought of the program," Manuel said.

UNC basketball believed in itself again. And Manuel credits Williams for giving him belief in his own capabilities after life as a player. He now serves as Director of Player Personnel and Recruiting Coordinator for UNC Womens Basketball, due in no small part to Williams' guidance. Manuel also has serious aspirations to be a head coach himself.

"(Coach Williams) is my mentor and he's been really impactful in every decision I've made," Manuel said. "It's the end of an era. And the end of a time that I will remember for the rest of my life."

Other reactions to the announcement

Basketball legend Michael Jordan spoke to our newsgathering partners at the News & Observer. Williams was played a large role in getting Jordan to play at UNC.

ESPN and The Associated Press contributed 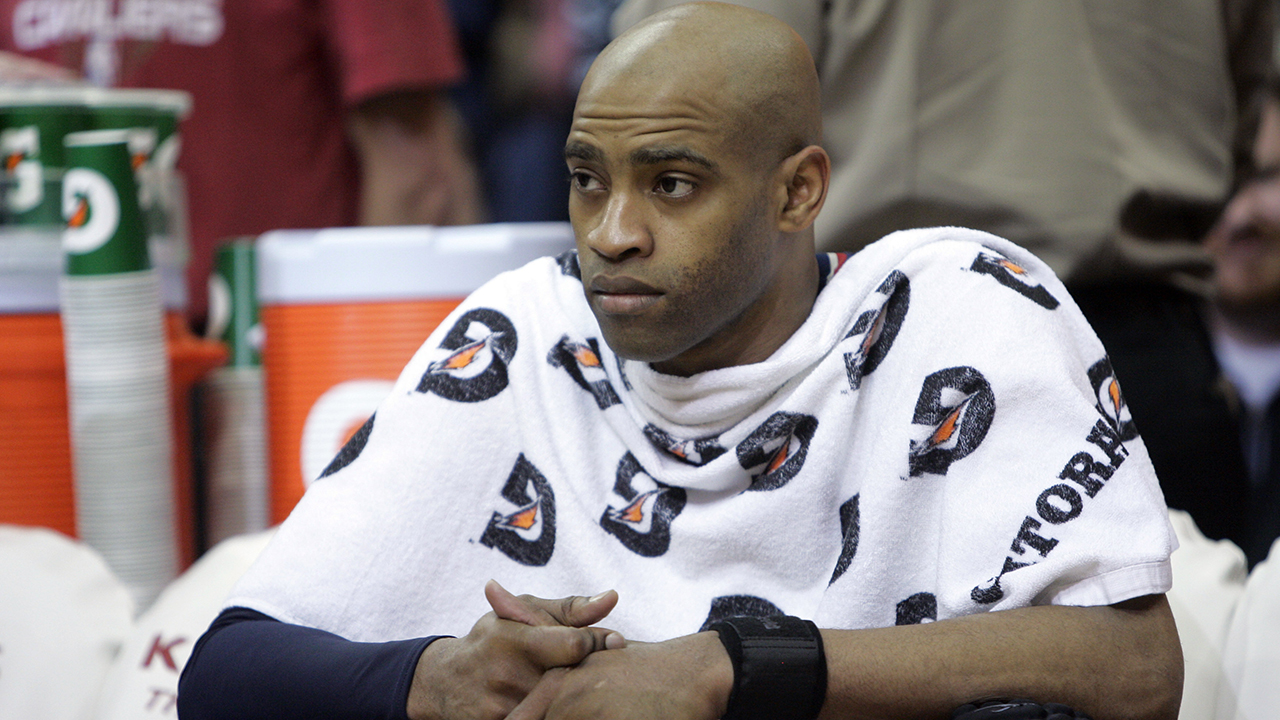 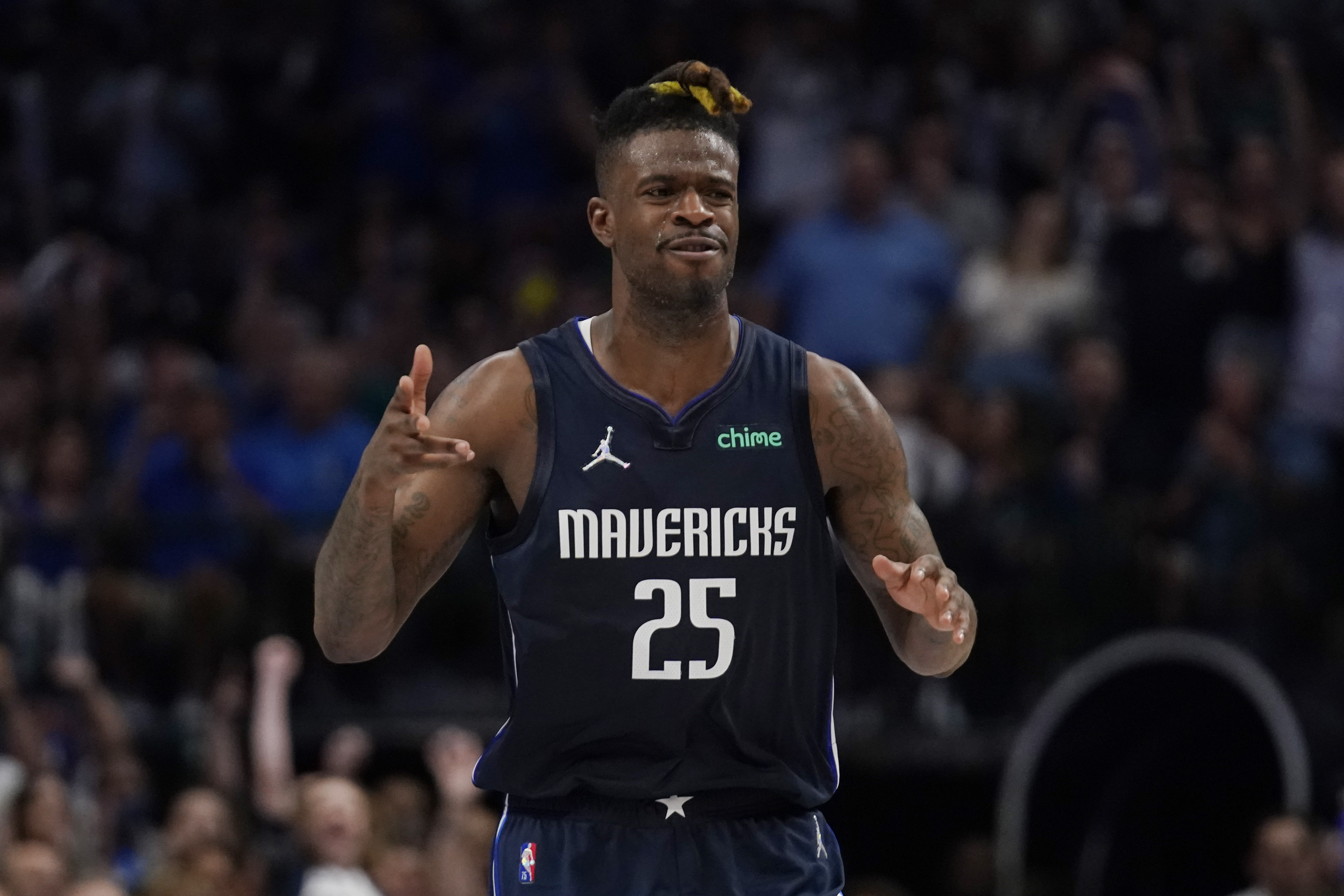 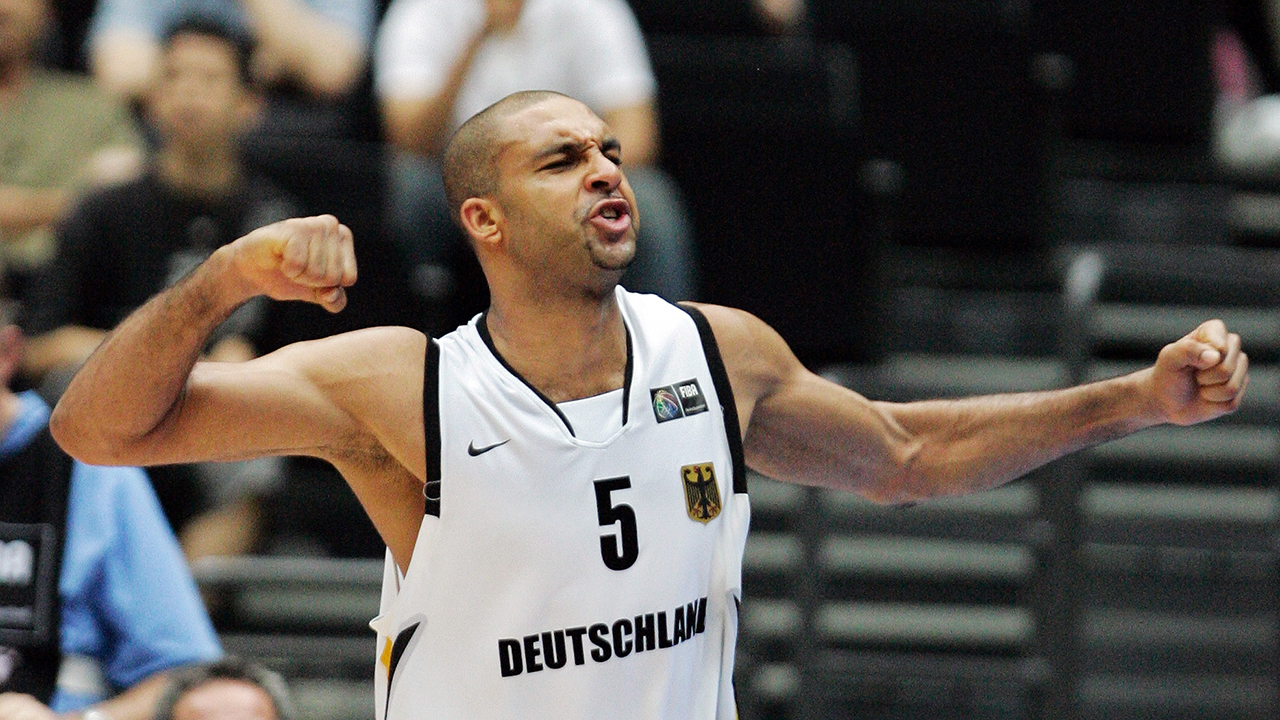 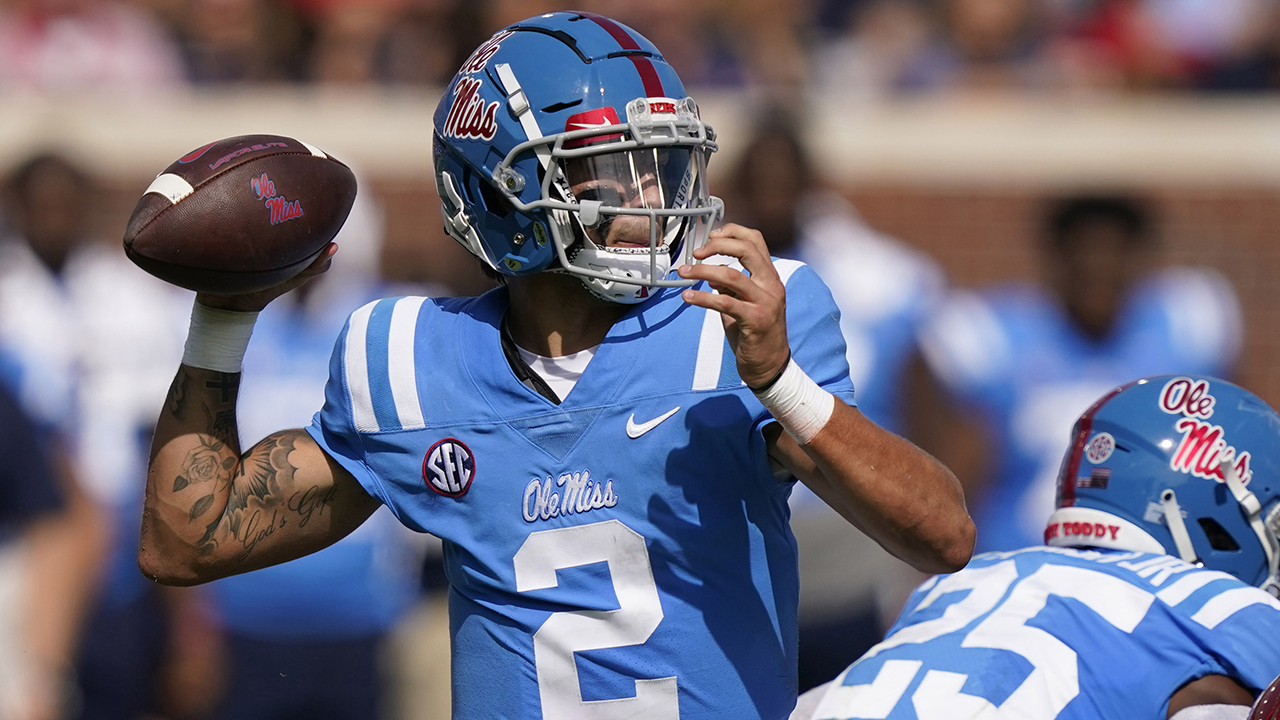