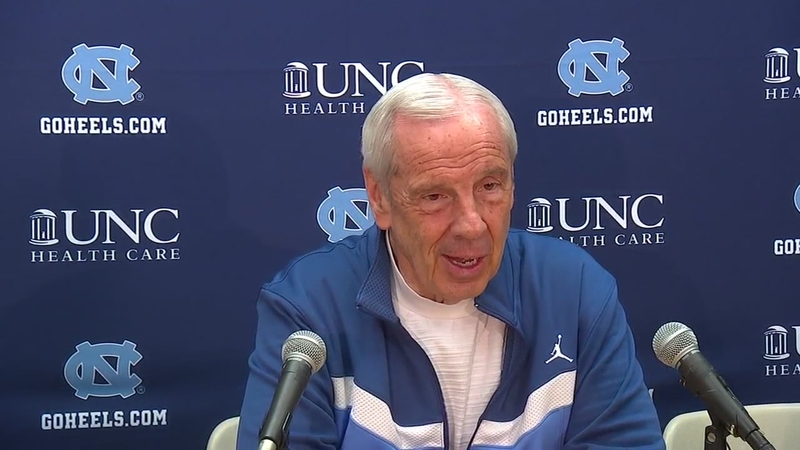 CHAPEL HILL, N.C. (WTVD) -- Just days before the Tar Heels face off against Syracuse at the Final Four in Houston, UNC Coach Roy Williams and members of the team spoke at a news conference.

Williams had high praise for two of his standout seniors, Marcus Paige and Brice Johnson.

Paige has been criticized often this year for his lack of offensive production. But over the last few weeks, it seems his shot has come back and he's returned to his All-American form.

Williams said Paige has handled the pressure and criticism during the year better than anyone he's ever seen. The coach said the negativity has hit Paige tougher than anyone else.

As for Brice Johnson, who just made the AP All-America team, Williams said he "is a dominating player."

When asked how Johnson compares to former star Tyler Hansbrough, Williams said Johnson plays in a different way. He said Hansbrough dominated with effort, while Johnson dominates with his scoring and shot blocking abilities.

Watch the full news conference above.