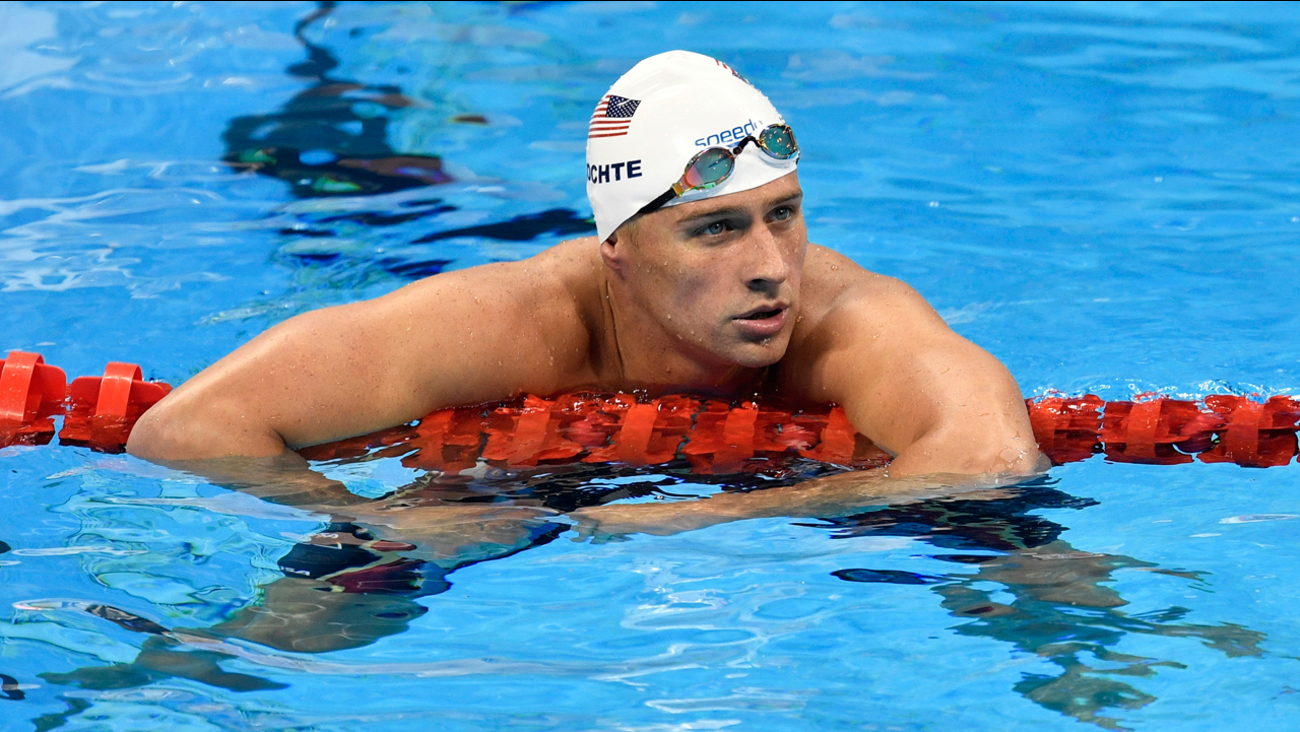 FILE - In this Aug. 9, 2016, file photo, United States' Ryan Lochte checks his time after a men freestyle relay heat at the 2016 Summer Olympics in Brazil. (AP)

Ryan Lochte says he's "taking full responsibility" for an incident in Brazil that has embroiled the American swimmer and three of his Olympics teammates.

In an interview with NBC's Matt Lauer that aired Saturday, Lochte cites his own "immature behavior" for turning an incident involving unruly actions by the four swimmers into an international incident that led to two swimmers being pulled off their initial flight out of Rio and another paying nearly $11,000 to the Olympics' host nation.

"That's why I'm taking full responsibility for it, because I overexaggerated that story," Lochte told NBC. "If I'd never done that, we wouldn't be in this mess. Those guys would never be in Rio, or were in Rio. None of this would have happened. It was my immature behavior."

Lochte originally said he and teammates Jimmy Feigen, Jack Conger and Gunnar Bentz were robbery victims at a gas station while out in Rio following the conclusion of the swimming portion of the Games. However, as Brazilian police further investigated Lochte's claims, it was uncovered that the swimmers had in fact urinated behind the building, destroyed a door, and were asked to pay for the damages or else police would be called to the scene.

"It's how you want to make it look like. Whether you call it a robbery, whether you call it extortion or us paying just for the damages," Lochte said Saturday. "All we know is there was a gun pointed in our direction and we were demanded to give money.