Same-sex couples talk about the importance of marriage equality

Since the U.S. Supreme Court struck down all state bans on same-sex marriage in 2015, over 550,000 couples have married
WTVD 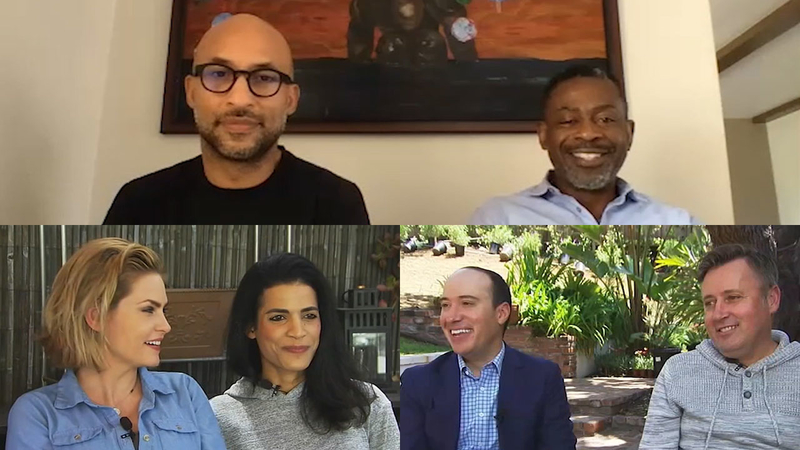 Same-sex couples talk about the importance of marriage equality

TV host Jaymes Vaughan and actor Jonathan Bennett will soon be wed. The couple announced their engagement in November, 2020.

"Jonathan and I are so excited to be getting married early next year," said Vaughan. Bennett added, "We are elated to be joining more than 500,000 same-sex couples who have already been married in the United States."

The U.S. Supreme Court made same-sex marriages legal in all 50 states in 2015. In their decision they affirmed, "No union is more profound than marriage..."

"We met in 'Hell,' that was the name of the bar," shared Jason Monagas, sitting next to his husband, Enrique.

"I saw Jason across the room, and we did make eye contact and it was magical. It was like magnetic," interjected Enrique.

"When I graduated from law school, what was available to us was a domestic partnership."

Enrique continued, "I think marriage has changed everything dramatically. Marriage says we're all the same. And we're all equal."

V. Scott Hamilton stated, "We met in Puerto Rico in 2004." His partner is Vincent Holmes. They are not yet married.

Vincent talked about how their first date came to be. "He kept saying, 'You keep, you keep putting off this this hike.' So I said, 'Well, join me for a drink."

"Marriage has never been on my radar, because I didn't want it to be a...it's one of those things. I never wanted to be a fad," commented V. Scott.

Vincent added, "I appreciate the fact that it is a possibility now, as opposed to not being one before. But I mean, you know, I'm kind of from the 'Oprah Winfrey School of Marriage.'

It's not a necessity. I think we absolutely deserve the right to, and then it's our choice whether to exercise that right or not," finished Vincent.

"We met through mutual friends," stated Jill Bennett, who is married to Lauren Neal.

Jill stated, "I knew I was going to marry her. And I knew 100%, just a few months after meeting her."

"I think we have the same definition of what marriage is. And I think that's really critical," added Lauren.

Jill continued, "For me, it's forever. This is my person. We are committed to one another in every way, financially, emotionally, spiritually, sexually, and she's always the first person that I go to for anything."