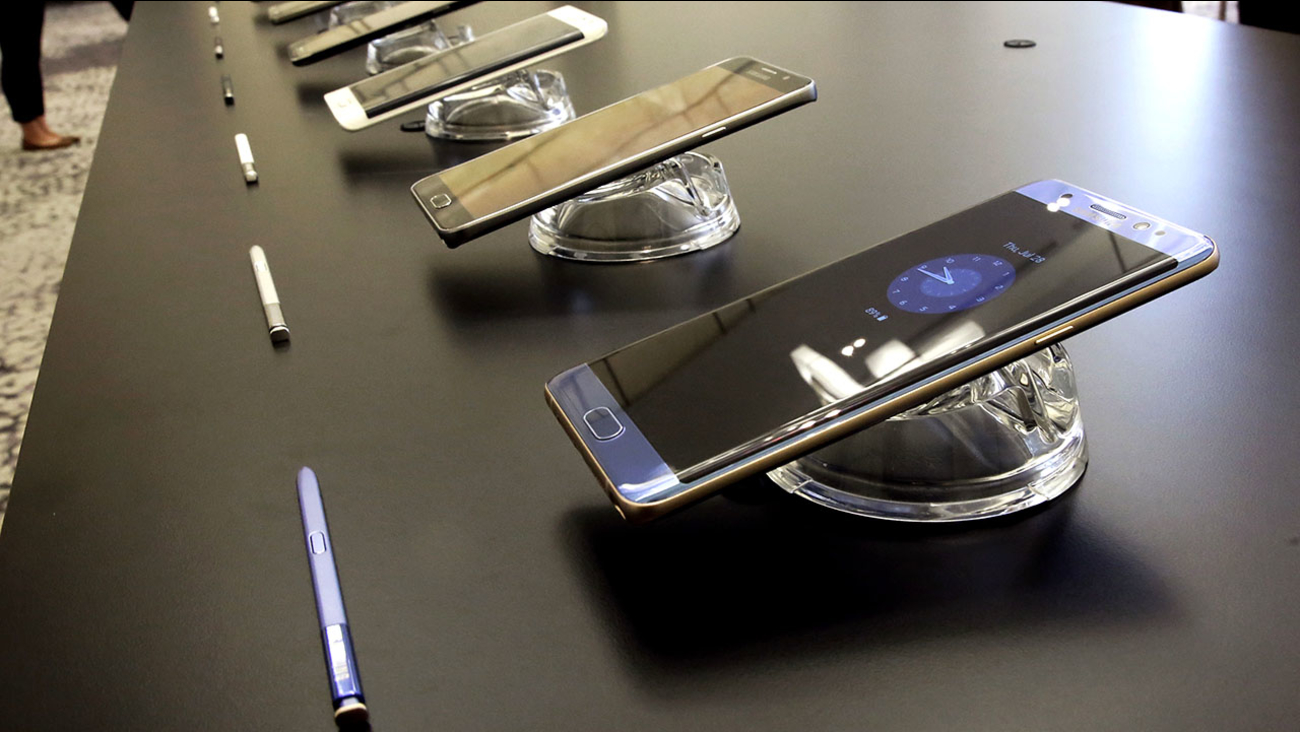 SAN FRANCISCO -- Samsung said it is halting sales of the star-crossed Galaxy Note 7 smartphone after a spate of fires involving new devices that were supposed to be safe replacements for recalled models.

In a statement issued late Monday, Samsung said consumers with original Note 7 devices or replacements they obtained after the recall should turn off the power and seek a refund or exchange them for different phones.

Separately, South Korean authorities said in a statement that they found a new product defect in the Note 7 and likewise asked consumers to power them down or to exchange them. The statement did not identify the defect.

Officials from the U.S. Consumer Product Safety Commission echoed advice in their own statement, adding that they are continuing to investigate at least five incidents of fire or overheating reported since a formal recall was announced Sept. 15.

"No one should have to be concerned their phone will endanger them, their family or their property," said Elliot Kaye, chairman of the safety commission, in a statement. He called Samsung's decision to suspend all sales "the right move" in light of "ongoing safety concerns."

The announcement follows several new incidents of overheating last week and deals a further blow to the world's largest smartphone company. Leading wireless carriers have already said they would stop distributing new Note 7 phones as replacements for the earlier recall.

Analysts say the new problems pose a crisis for the South Korean tech giant, which is locked in fierce competition with Apple and other leading smartphone makers.

"This has been a real black eye on the product," said Ben Bajarin, a consumer tech industry analyst with the Creative Strategies firm.

The new reports also raise questions about the cause of the problem. Samsung has blamed batteries provided by a particular supplier, while assuring consumers that the phone was otherwise safe. It said it solved the problem by switching to batteries from another supplier.

The tech conglomerate reported last week that its overall profits increased in the last quarter, thanks to booming sales in other corporate units that sell computer chips and display screens. The Note 7 is not Samsung's most popular device; Samsung sells far more units of its Galaxy S7 phones than the more expensive Note 7 device. But analysts worry the issue could hurt the company's reputation and overall standing with consumers.

Samsung sells about a third of all high-end smartphones priced above $400, while Apple sells slightly more than half, according to Credit Suisse investment analyst Kulbinder Garcha. He predicted in a report Monday that the new Note 7 problems will help Apple increase its share of the market.