Mother arrested for allegedly smuggling cocaine with 2 kids in car 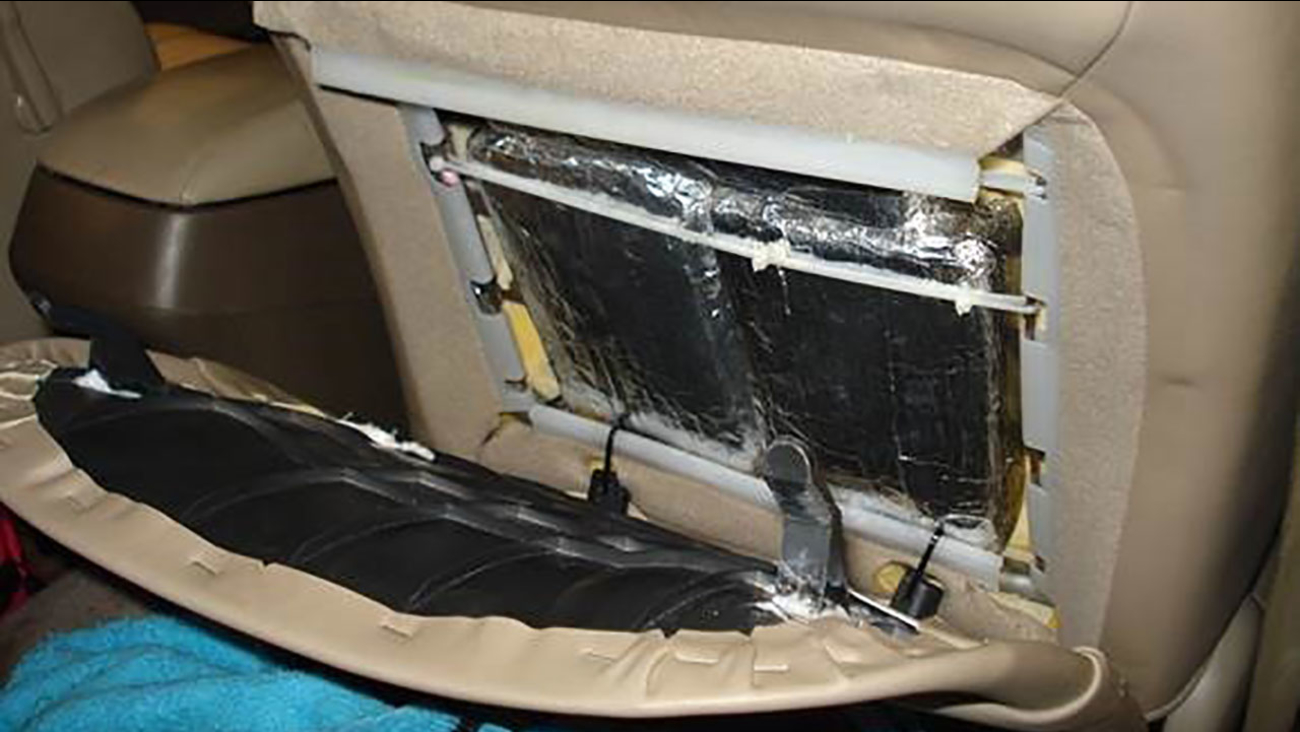 Fourteen bundles of cocaine were found inside three seats of a car driven by a woman near San Clemente on Monday, Aug. 1, 2016, authorities said, resulting in her arrest. (U.S. Customs and Border Protection)

SAN CLEMENTE, Calif. -- A mother driving with two young children was arrested Monday morning near San Clemente, Calif. after more than 38 pounds of cocaine were found in her vehicle, authorities said.

About 10 a.m., a U.S. Border Patrol K-9 handler stopped a 2001 Honda Accord driven by a 25-year-old woman on Interstate 5, according to a news release from U.S. Customs and Border Protection.

A 2-year-old girl and an 11-year-old boy were also in the car, which was searched after the agent's K-9 dog "alerted to the vehicle," the statement said.

Fourteen bundles of cocaine, weighing a total of 38.25 pounds and with a street value of $459,000, were found inside three of the vehicle's seats, the border patrol agency said.

The woman was arrested, and her children were placed in the custody of San Diego County Child Welfare Services. The car was seized by the U.S. Border Patrol.

"It is very sad to see innocent children entangled in this shameful attempt to smuggle illicit narcotics," Patrol Agent in Charge Thomas Blanks said in a statement.

The arrestee was not publicly identified.