Why is the sky orange in the Bay Area? There is smoke in the air from the Bear Fire near Chico, but the marine layer is protecting us, so the sky is red, yellow or orange even where air quality is good.

The ominous orange ash and smoke floating over the Bay Area actually comes from the Bear Fire burning near Oroville, 150 miles northeast of San Francisco.

Mike Nicco, a meteorologist at our sister station KGO-TV, explained that a marine layer is protecting the city, so despite scary skies, the local air quality is OK and residents aren't noticing a smoky smell.

"The marine layer is a stable area of air that does not rise, and so we're continually pumping in cleaner air from over the ocean," Nicco said.

That's why the sky is so dark, with a yellow or orange hue. High winds keep the smoke at a high altitude instead of settling near the surface.

Meanwhile, the explosive Bear Fire is pumping ash into the air, so the Bay Area is experiencing ash raining from the skies.

Wildfires are raging unchecked across parts of the western United States as winds sweep the region. More than 14,000 firefighters are on the lines California's fires from the Sierra Nevada to the San Francisco Bay region and south to San Diego County. 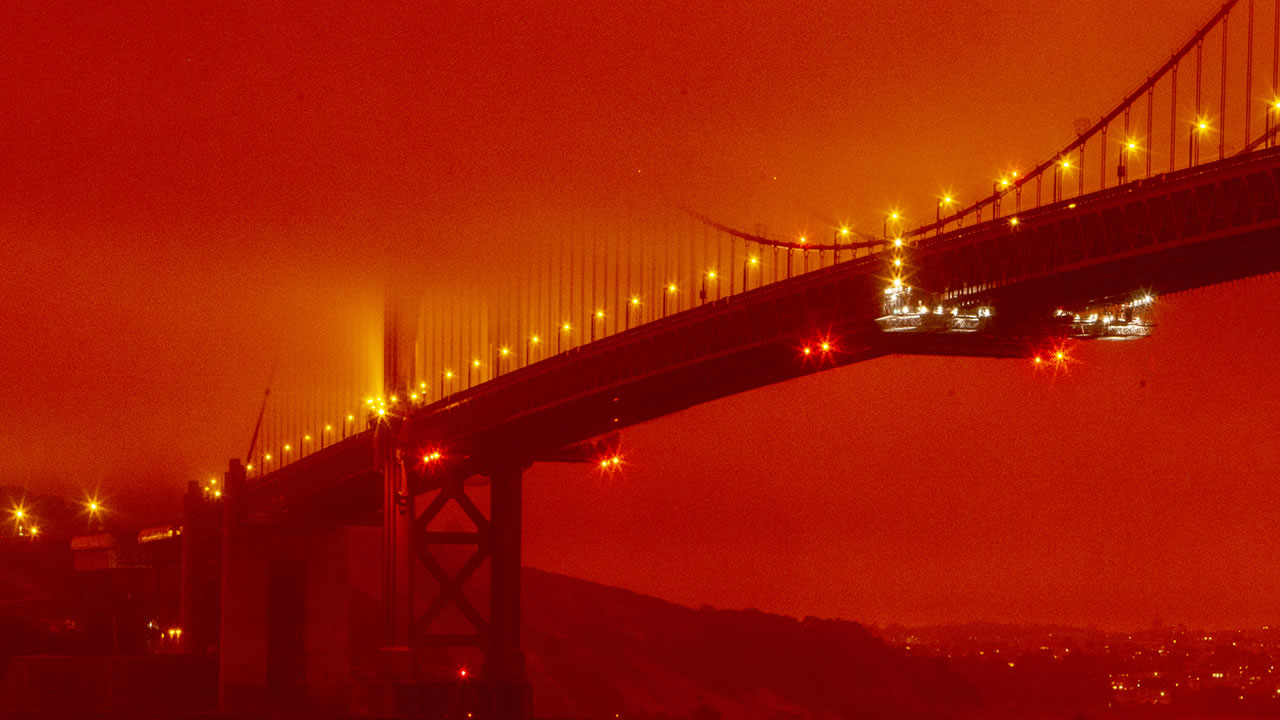 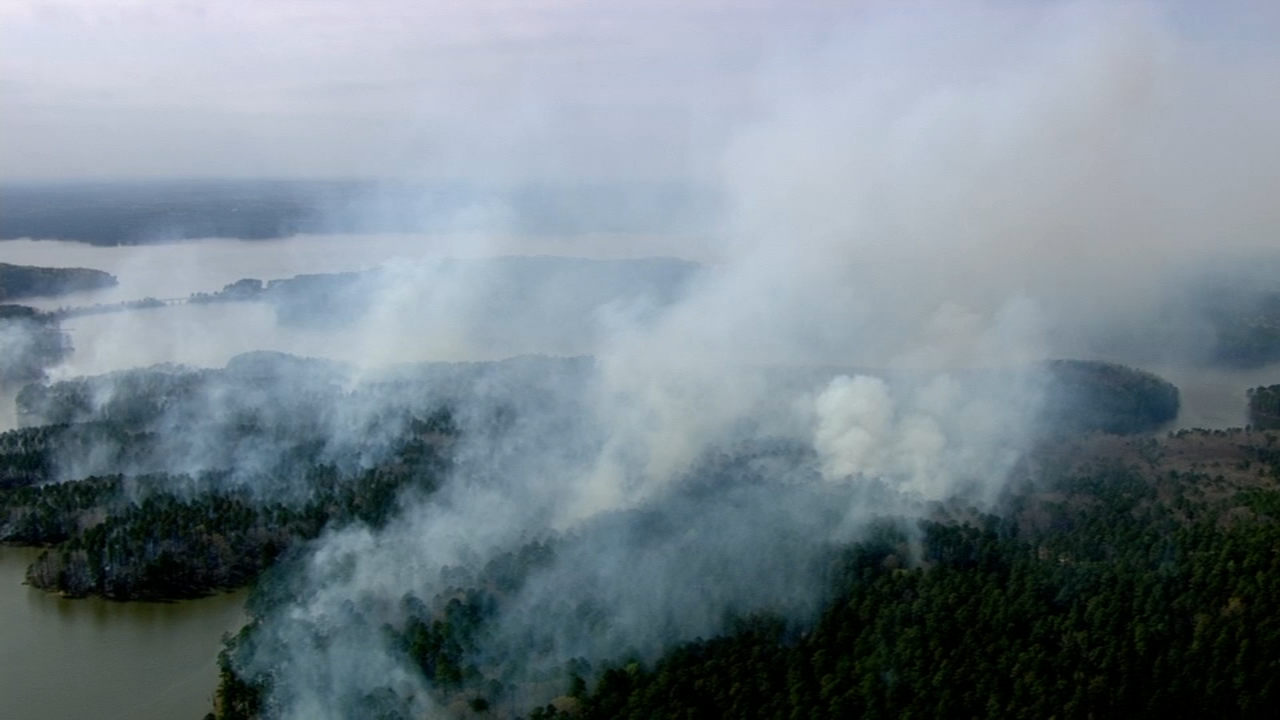 Seeing smoke in the air? It's coming from Jordan Lake 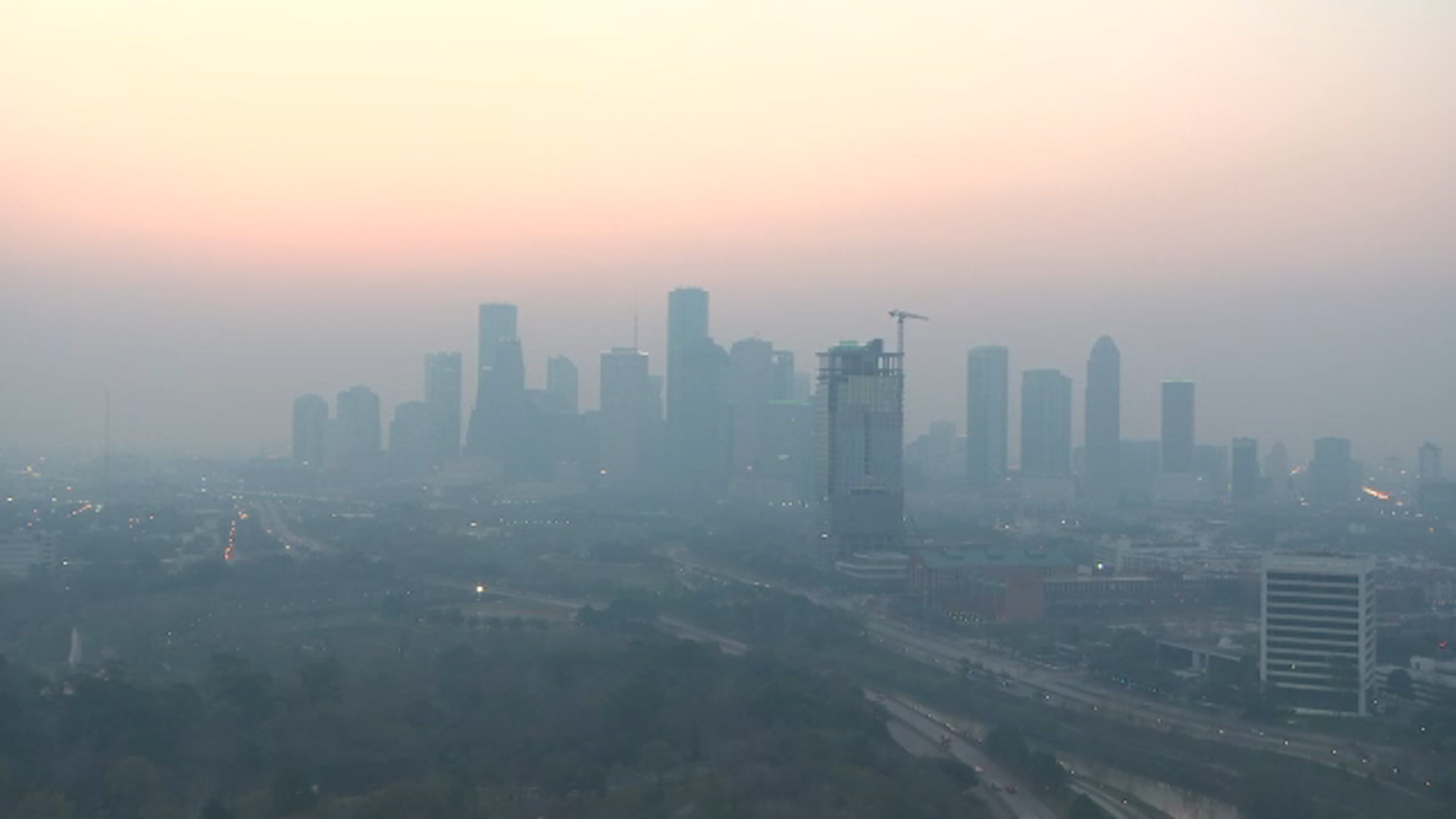 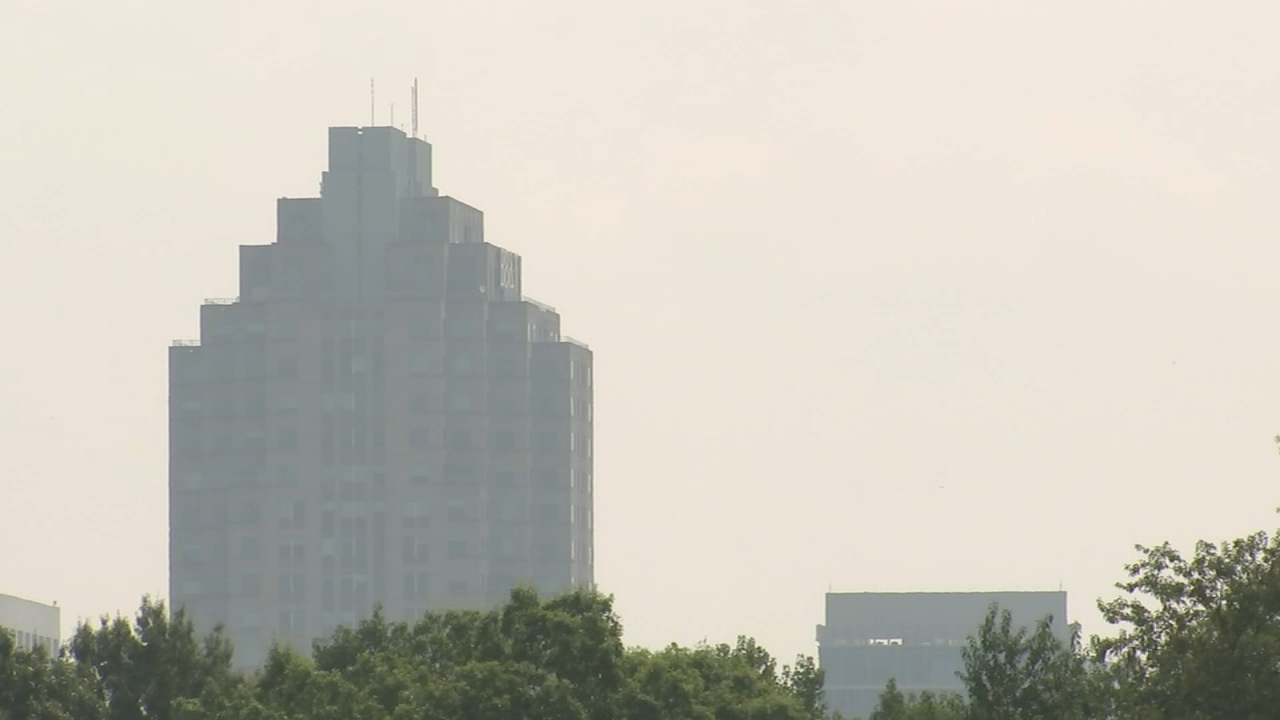 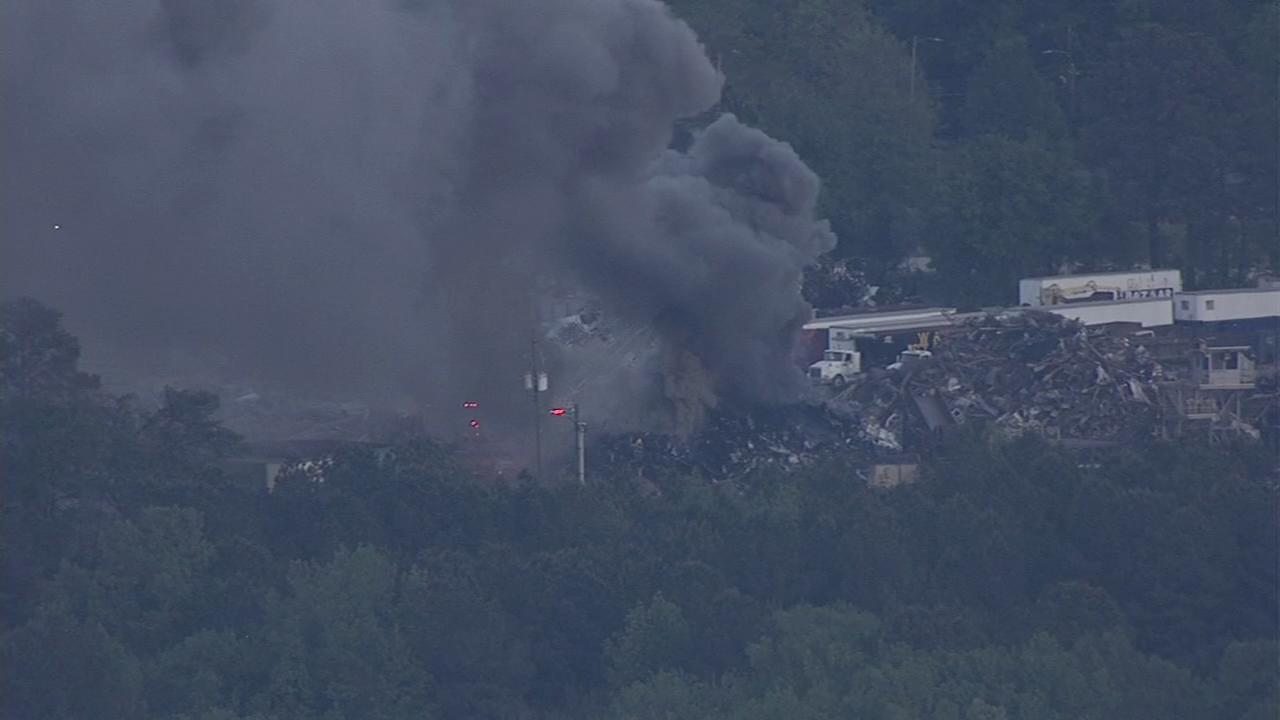