Triangle leaders afraid to speak out on sanctuary cities 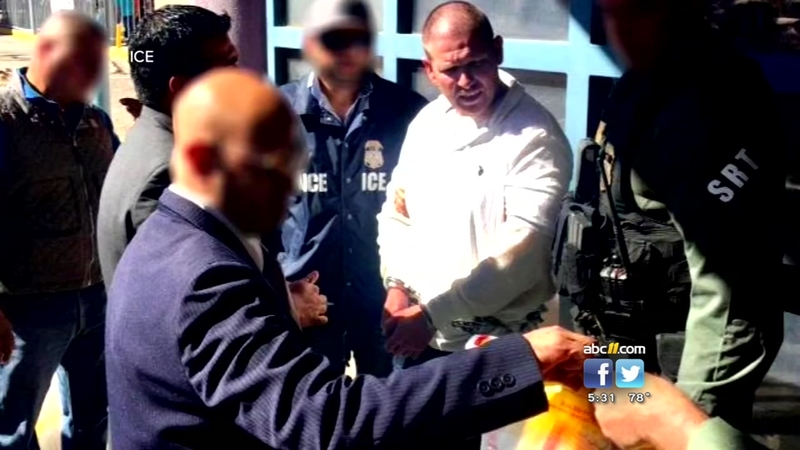 Sanctuary cities are under fire

Municipal leaders of some Triangle cities and towns said they're concerned about being labeled "sanctuaries" and feeling retaliation from state leaders if they claim to sound "too friendly" to immigrant issues. Leaders, blasting the Republican-led state legislature, call it "governing by bullying" and say it has put a chill on local governance.

"I wasn't too surprised to hear there weren't too many elected officials that were interested in talking to you," said Allie Yee with the Durham-based Institute for Southern Studies, "because the atmosphere this creates puts local elected officials in a tight spot."

There are no "official" sanctuary cities in North Carolina. This map, put together by the Center for Immigration Studies, shows which cities and counties offer so-called "sanctuary" status (often defined roughly as cities that actively work against federal immigration mandates). None are in the Tarheel State.

At the federal level, Attorney General Jeff Sessions has threatened to pull funding from cities that offer safe harbor to undocumented workers -- and it does happen.

Every week, Immigration and Customs Enforcement puts out a list of detainees that have been let go by local authorities instead of being turned into ICE. Sessions said there will be consequences for cities that proactively thwart federal immigration efforts.

In the Triangle, leaders in Durham, Chapel Hill, and Carrboro have all taken pro-immigrant positions but many say they're careful to comply with federal law and avoid the sanctuary label. They're also careful about how they talk about state policy.

"They're worried they're going to get called out or targeted as having a sanctuary policy," Yee said, "and that makes them wary about being forward about what they're doing in their communities. The issue of immigration has become so politicized that when city leaders are just trying to govern their communities which includes immigrants, they feel like they can't come out and say one way or the other what policies they're doing for fear of retaliation at different levels."

North Carolina's Republican legislature passed a bill in 2015 that prohibited localities from passing laws that limited cooperation with federal law enforcement. Legislators tried to strengthen the law in 2016 to withhold funding but failed; now, they're trying again with House Bill 63.

"We are welcoming and have many refugees that have come through the system," said Chapel Hill mayor Pam Hemminger. "But nobody wants to be shot at by the General Assembly or the national government withholding funding. It's hard to talk about and not have state lawmakers come at us."

Hemminger said she thinks the legislature may be trying to craft a bill that would target a municipalities' "intent" instead of its "policies," because of comments she's made about welcoming immigrants.