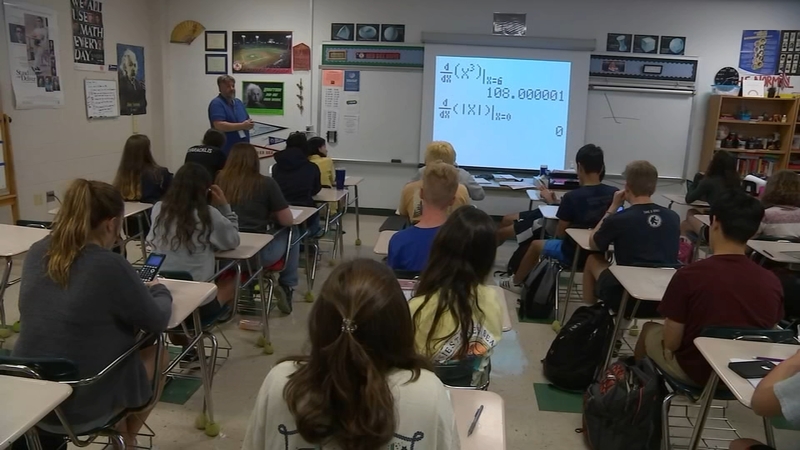 CARRBORO, N.C. (WTVD) -- North Carolina's Class of 2019 stepped up its SAT game, widening the state's lead with the nation, according to data released by the NC Department of Public Instruction this week.

Public school seniors' average score on the college entrance exam was 52 points higher than the national average, up from last year's 41-point margin.

Chapel Hill-Carrboro City Schools came out on top, leading the state with a combined average score of 1,287.

Walked into this AP Calculus class @eastchapelhill and my palms started sweating... Anyway, a big congrats to Chapel Hill-Carrboro City Schools’ Class of 2019 who led the state with their SAT scores. It seems these seniors have some big shoes to fill! Good luck! @ABC11_WTVD pic.twitter.com/fpfsYlMBv5

"It's really amazing, the numbers," said Kenneth Proulx, East Chapel Hill High School Principal. "And that really is indicative of work that goes on in the classrooms."

Proulx is in his second year at the helm of East Chapel Hill High, which had a combined score on verbal and math sections of 1,301, the highest of any traditional public high school in the state.

In a statement that accompanied the release of the 2019 SAT stats, DPI said fewer students are opting-in ever since the state began requiring and paying for North Carolina 11th graders to take the ACT, a measure also used for college admissions decisions.

Still, Proulx said if you want your child to succeed on the SAT, everyone has to be invested.