TAMPA, Florida -- Police in Florida say five people have been hit by a car at a school bus stop.

Authorities say one child was critically injured in the Thursday morning crash in Tampa. The other four victims suffered serious injuries.

Witnesses told officers that a car was driving fast when it hit two adults and three children.

Police say the driver is in custody and the crash is under investigation. The names and ages of the victims or the driver haven't been released.

.@TampaPD at 16th St & Bougainvillea for a #traffic accident w multiple injuries. Please avoid the area as we investigate

The crash comes after three young siblings in the rural Indiana community of Rochester were hit and killed by a pickup truck on Tuesday as they crossed a two-lane highway to get to their school bus. Another child was critically injured in the incident. The driver of the truck was arrested and charged with three counts of reckless homicide and one misdemeanor count of disregarding a stop sign and causing injury.

On Wednesday, a 9-year-old boy was killed in Mississippi as he crossed a highway to catch a school bus. The driver who struck the child was arrested and charged with one count of aggravated assault. 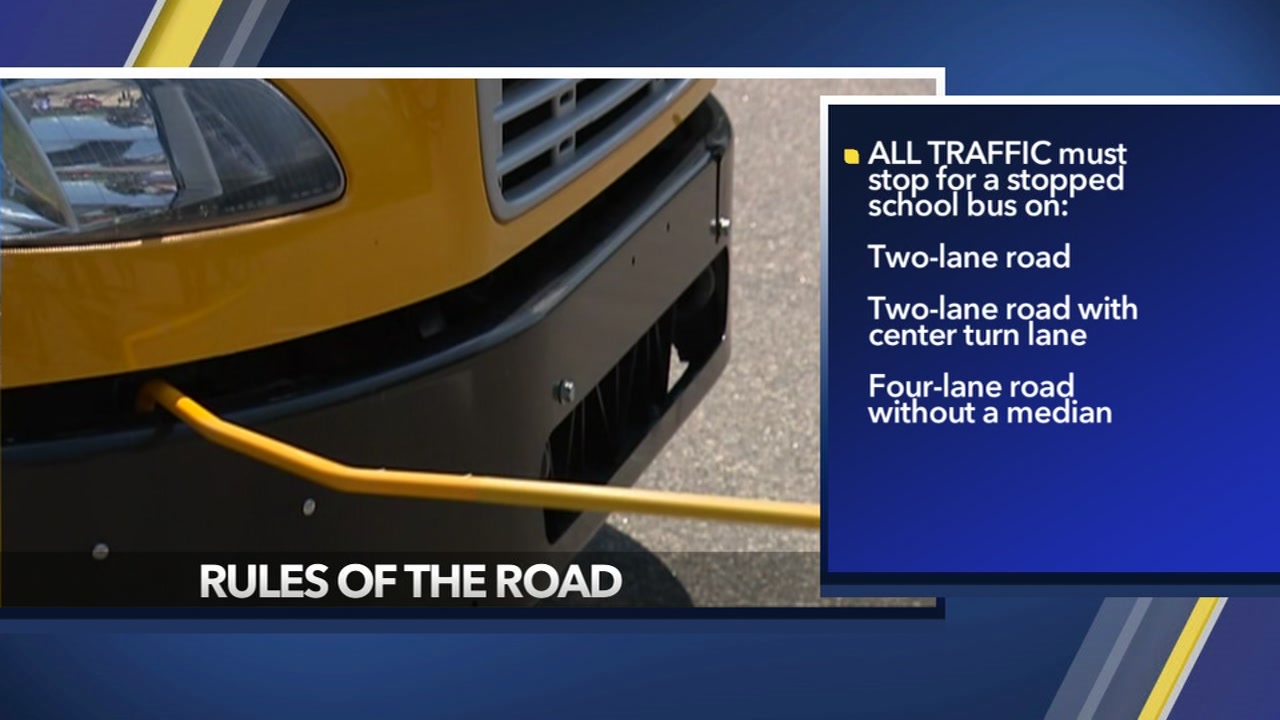 School bus safety: When it is legal to pass a stopped school bus
To avoid tragic school bus accidents, North Carolina Department of Transportation reminds drivers of the rules of the road.
EMBED More News Videos

Do you know the rules of the road when a school bus is stopped?