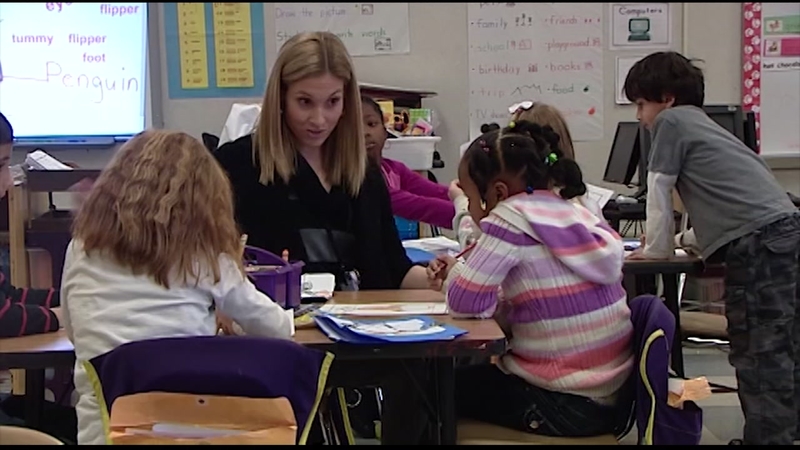 RALEIGH, N.C. (WTVD) -- Beginning this school year, elementary students across North Carolina will be tested on their reading skills with a new, computer-based program.

To meet the state's Read to Achieve mandate, teachers using Amplify mClass assess their students' skills while each student reads aloud to the teacher during class.

According to a promotional video for Istation, the computer-based program will now allow to teachers to assess an entire class, either on-demand or automatically, in 30 minutes or less, eliminating that need for one-on-one time in the classroom.

Mark Jewell, NC Association of Educators President, told ABC11 that he has received complaints from teachers in the days following Johnson's decision to go with Istation.

"We think that there's nothing that substitutes to having that qualified adult working there, sitting with that student and helping them with their reading and assessing them," Jewell said.

In a statement that accompanied the records release, Johnson defended his decision to award Istation the contract. He said the public documents included 'misstatements of facts' by members of the evaluation committee and that they might not present a full picture of the process.

According to the documents, the committee met at DPI headquarters in Raleigh in November 2018 to review proposals from vendors.

Then, in March, the documents show the process came to a screeching halt. DPI's General Counsel announced the procurement process and Request for Proposal (RFP) was canceled because one of the voting members breached their confidentiality agreement.

In a statement, Graham Wilson, spokesperson for Superintendent Johnson, told ABC11 another RFP was canceled because of a conflict of interest that one member had not disclosed:

"A whistleblower informed DPI that one of the committee members failed to disclose that they had a prior business relationship with Amplify. Each committee member was required to sign a document stating that he or she did not have a conflict of interest in reviewing the product or service at hand. While this employee's failure to disclose was part of a canceled RFP, the Superintendent is pleased that the final decision resulted from a process that was fair and objective. While state personnel laws prohibit us from saying who the employee was, I can tell you is that this person no longer works for DPI. We cannot overemphasize that the third and final step in the procurement process was legal, fair, and objective -- and this was the process that led to the ultimate contract award."

Amplify filed a formal protest of the decision, asking the state to suspend or terminate its contract with Istation.