'It all starts with one': Wake County moms demand change after Texas elementary school shooting 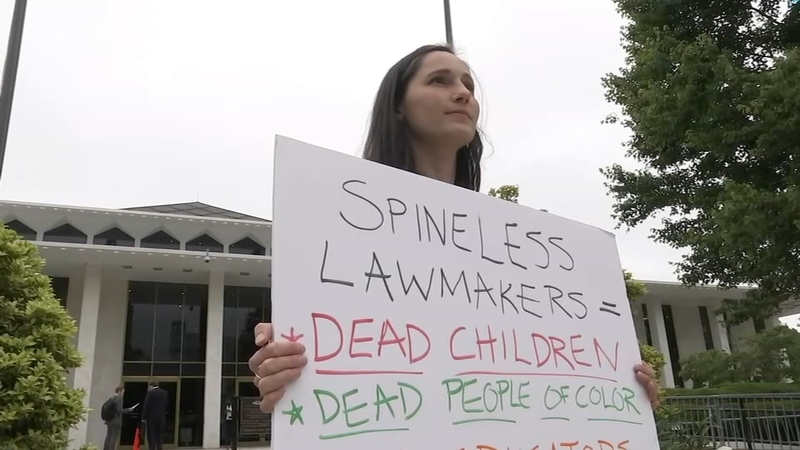 RALEIGH, N.C. (WTVD) -- It only takes one. That was the message parents and teachers had Wednesday to city and state leaders.

Columbine in 1999, Sandy Hook in 2012 and so many others before and after. Twenty-one more lives were taken just a day earlier in Texas, and parents in Wake County are asking why.

" I'm a mom who's afraid to send my child to one of the few places that should be safe you know," Maddie Segal said.

Segal heard the news that 19 children and two teachers were killed from her sister, an elementary school teacher in Wake County.

"She was crying, and she was really upset about the fact that she feels scared to go to work. And she has two kids in public school and they're afraid to go to school," Segal said.

So she went to stand outside of the legislative building to demand change to laws to protect her family. Her friend Beth Putz joined her moments later.

"Over 20 years ago I was working in the Colorado school system when Columbine happened. And now that I have school-age children in particular, and I have a middle-schooler but also a 10-year-old fourth-grader just each time it hits closer and closer to home," said Putz.

To get the concealed carry permit:

Segal and Putz hope their voices save many more.