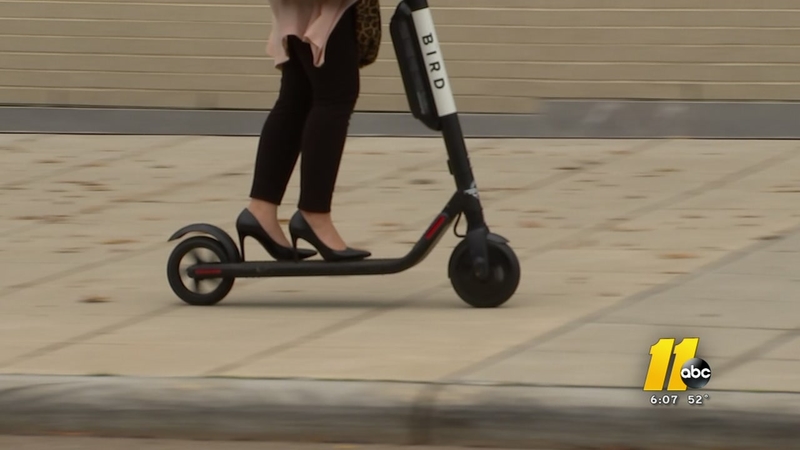 Who is liable when scooters crash?

RALEIGH, N.C. (WTVD) -- It's easy to spot people not following the rules while riding motorized rental scooters around Raleigh.

And since North Carolina is one of just one of four states with a contributory negligence law, those riders could find themselves on the outside looking in if they are injured in a crash -- even if that crash is not their fault.

"All the things that they are doing wrong could easily bring up the idea of contributory negligence for someone getting hit on a scooter," Raleigh lawyer Rob Lane told ABC11.

Under the contributory negligence law, the person who causes an accident and their insurance company could avoid paying the victim for medical expenses and other damages if the victim's negligence contributed to their injuries.

So if a scooter rider isn't 18, is riding on a sidewalk, doesn't have a driver license, or isn't wearing a helmet, a court could decide their negligence contributed to their injuries.

All those rules are spelled out when you download the apps that allow riders to rent the motorized scooters.

Lane doubts riders are looking at the fine print saying, "No one reads it, right? You try to get to the where it says 'I agree' as fast as possible, click that button and keep moving."

In downtown Raleigh, Lane sees many who don't follow the rules on scooters and he's concerned the odds will catch up with one of them.

"At some point in time somebody's going to get hurt in a horrible way and then the question is going to be - well, were they 1 percent at fault to bar any type of recovery."

He says 1 percent fault is all takes for insurance companies to try to keep you from collecting medical or other damages.

That was quite a surprise to Keisha Demps.

Demps was at the Innovate Raleigh Summit on Friday, where one of the scooter companies, Bird, was handing out free helmets.

She got one for her 16-year-old daughter but is rethinking allowing her to ride one of the rental scooters before she turns 18.

"Just knowing that that is the law in itself and that if in the event something were to happen that the driver could, even though it's their fault, they could potentially just walk away and wash their hands of it, that's very concerning as a parent," she said.

During our interview with Lane, a man rode by on a scooter while he was texting.