Second round for the Second Chance Act: Raleigh advocates push for expungement expansions 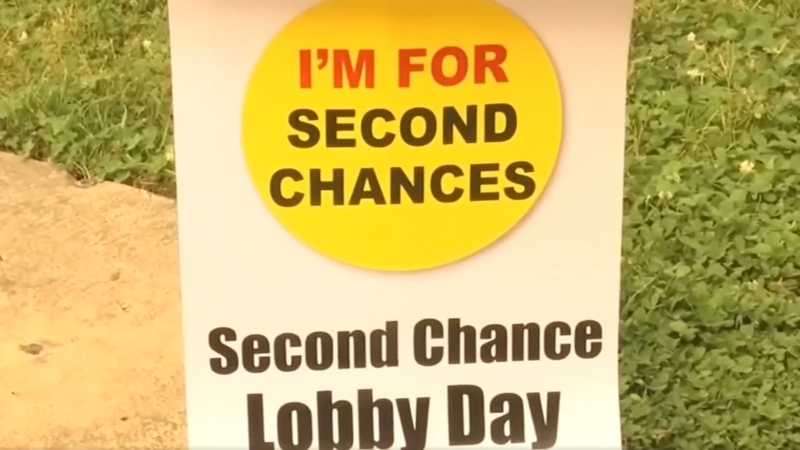 RALEIGH, N.C. (WTVD) -- Two years after Governor Roy Cooper signed a bill that gave thousands of formerly incarcerated people the chance to have their criminal histories erased from their records, activists are back at the General Assembly making a new case for criminal justice reform in North Carolina -- they want to expand the Second Chance Act.

In spring 2019, something rare happened on Jones Street: a 10-year long effort to reform the state laws on criminal record expungement had reached a tipping point. Democrats and Republicans at the legislature were actually in agreement. They passed North Carolina's Second Chance Act.

Raleigh advocate and director of NC Justice Served Diana Powell held lead the fight. "I always say, it's not a moment, it's a movement. We can't just take the Second Chance Act and say, 'Okay we're satisfied, we got everything we need.' No, it continues!"

So, two years later the Second Chance Alliance is back in the fight. The coalition held a virtual advocacy day to lobby state lawmakers to expand the law's freedoms:

Two years after NC’s Second Chance Act was signed into law, the alliance is asking state lawmakers to further expand the rights of people with felony convictions who’ve served their sentences: faster access to voting rights, SNAP benefits. All new at 11 #abc11 pic.twitter.com/vsyKRQbK3D

"We believe that you ought to be able to get your voting rights back after you've been released from prison, even if you're still on probation or parole... because you're working, you're paying taxes," said Dennis Gaddy, who became a leader in this movement out of what he calls a moral obligation after his life was upended by his own white-collar crimes and bad decisions.

"Things went awry with some decisions I made," he said. "And I winded up spending five and a half years in the North Carolina Department of Corrections."

Gaddy has spent the past 18 years as head of Raleigh-based Community Success Initiative -- not just trying to change the law but change the language the world uses to describe the people actively trying to turn their lives around.