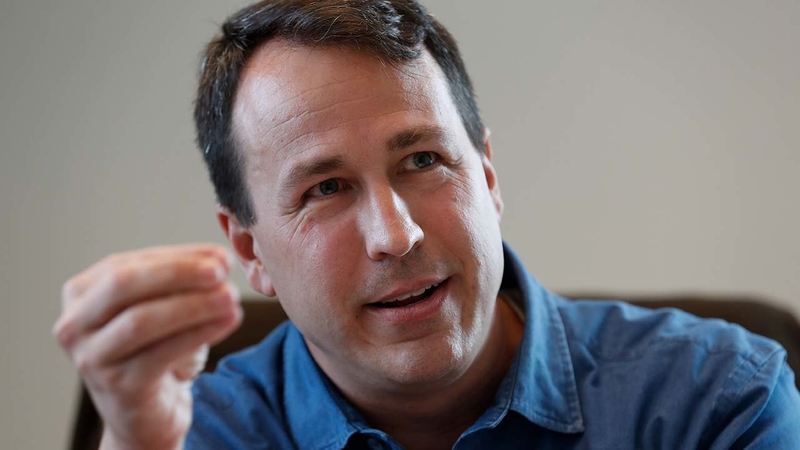 Cunningham, whose campaign was plagued by a texting scandal and revelations that he had an extramarital relationship, issued the concession Tuesday in a phone call to Tillis on Tuesday.

"I just called Sen. Tillis to congratulate him on winning re-election to a second term in the U.S. Senate and wished him and his family the best in their continued service in the months and years ahead," Cunningham said in a statement. "The voters have spoken and I respect their decision. While the results of this election suggest there remain deep political divisions in our state and nation, the more complete story of our country lies in what unites us: our faith and sense of confidence in our democracy, our civic values and common humanity, our shared aspiration to care for one another, and our belief that we live in a country that does exceptional things."

The latest on the North Carolina Senate race. https://t.co/oEQFYoYJTe

Cunningham added that he would "always be proud of the work we did together to lift up the voices of North Carolinians who feel left behind by our politics."

"Earlier this afternoon, Cal Cunningham called me to offer his concession," Tillis said in a statement. "This was a hard-fought campaign and I wish nothing but the best to Cal and his family going forward.

"I am incredibly humbled by the chance to serve the people of North Carolina in the United States Senate for six more years and I pledge to continue keeping my promises and delivering results," Tillis added.

Tillis staked a claim to a victory in a speech to supporters in Mooresville on Election Day, but the race had not yet been called.

The State Board of Elections has set November 12 as the final day to receive mailed ballots.

Tillis garnered 49% percent of the vote to 47% for Cunningham.

"I know that my job is fighting for the jobs of the hardworking people of our state, which is why my first post-election priority will be defeating COVID-19 and getting the economy back on track," Tillis said. "North Carolinians have a solid record of weathering storms and coming back stronger than ever. I am confident that we all can come together and meet this moment and am ready to get to work."

Cunningham had stressed his service in the Iraq War and as a U.S. Army reserve officer and military prosecutor. But in the final weeks of the campaign, he admitted that he had sent sexually suggestive texts to a married woman who was not his wife.

"The end of this campaign does not mark the end of our need to improve access to health care, strengthen education, heal racial wounds, and create better jobs. These are causes that still must be championed," Cunningham said. "Though this isn't the electoral outcome we worked for, I'll always be grateful to be a North Carolinian, and I'll always believe that our country's best days are ahead."

"North Carolina always has competitive elections, and no one has earned victory more than Sen. Thom Tillis," Young said. "His commitment to his family, his state, and all those who call it home are the hallmarks of his public service, and I'm grateful he will continue to serve North Carolinians in Washington."