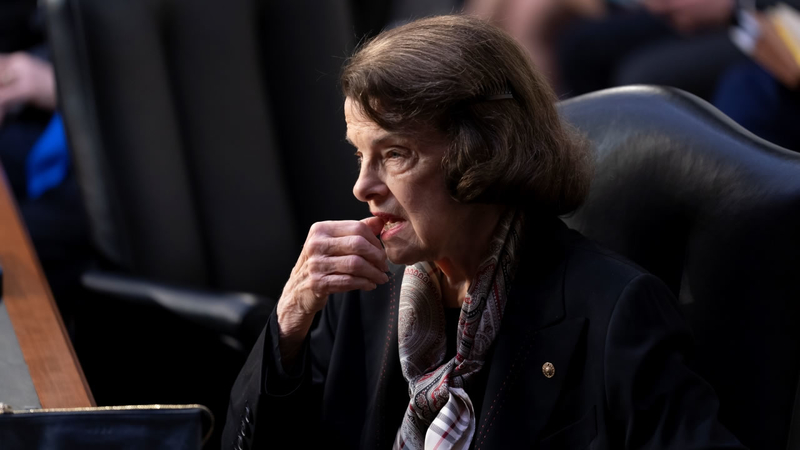 WASHINGTON -- Democratic Sen. Dianne Feinstein defended her position as senior senator representing California following a news report published Thursday that lawmakers she serves with are concerned about her memory and ability to serve in the Senate.

"I remain committed to do what I said I would when I was re-elected in 2018: fight for Californians, especially on the economy and the key issues for California of water and fire," she said in a statement obtained by CNN. "While I have focused for much of the past year on my husband's health and ultimate passing, I have remained committed to achieving results and I'd put my record up against anyone's."

Her statement comes after the San Francisco Chronicle reported four unnamed senators, including three Democrats, as well as three former Feinstein aides and a California Democratic member of Congress spoke with the Chronicle, saying her mental health has gotten worse recently.

Feinstein added in response to the Chronicle report: "The real question is whether I'm still an effective representative for 40 million Californians, and the record shows that I am."

The report notes their comments came before Feinstein's husband, Richard Blum, died in February following "a long battle with cancer."

After the report, Feinstein called the editorial board and defended her capacity as senator.

RELATED: Bruce Willis 'stepping away' from his acting career after being diagnosed with aphasia, family says

"I meet regularly with leaders," Feinstein said Thursday in the call with the San Francisco Chronicle editorial board leaders. "I'm not isolated. I see people. My attendance is good. I put in the hours. We represent a huge state. And so I'm rather puzzled by all of this."

Feinstein has faced questions about her ability to serve for a few years. CNN reported in 2021 she faced growing questions about her ability to do her job, losing her post as the top Democrat on the Senate Judiciary Committee after her Democratic colleagues privately complained about her performance during the confirmation hearings for Amy Coney Barrett's nomination to the Supreme Court.