Family of teen who committed suicide at Durham County jail to get $650,000 in settlement 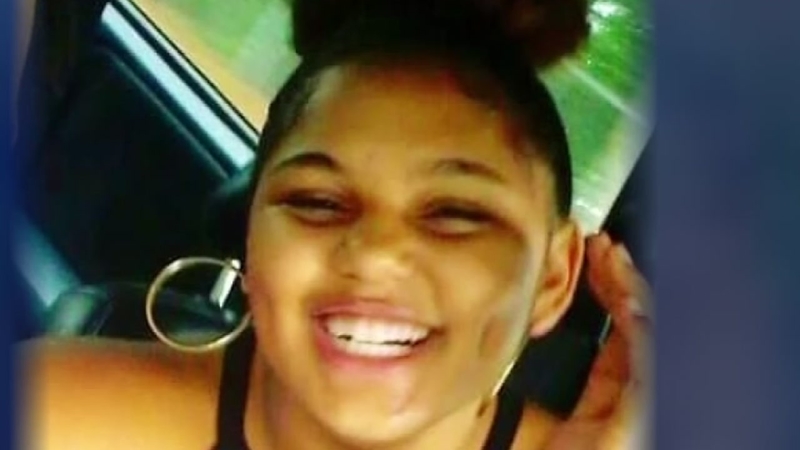 Family of teen who committed suicide at Durham County jail to get $650,000 in settlement

DURHAM, N.C. (WTVD) -- The family of a teenage girl who committed suicide inside the Durham County Detention Center in 2017 will receive a $650,000 settlement from the county, as long as the U.S. District Court for the Middle District of North Carolina approves the preliminary agreement.

The settlement, which comes after the family filed a wrongful death lawsuit against the sheriff's office, also includes provisions that would provide protections for youth detained in the jail -- including the removal of suicide hazards, ending co-housing children with adult inmates and implementing mandatory crisis intervention training.

Read about the other provisions in the settlement agreement here.

"Hopefully this settlement will show the community that a person's mental health and safety in detention is just as important as a person out of detention," said Attorney Ivy Johnson.

Uniece Glenae Fennell, 17, was found unresponsive inside her jail cell on March 23, 2017. Paramedics responded and pronounced her dead at the scene.

The lawsuit alleges that Fennell "was regularly subjected to abuse by fellow inmates and jail staff."

An investigation following her death found that the Durham County Detention Center did not follow proper protocol in checking on her regularly, even after learning that Fennell was a threat to herself.

RELATED: What can be done after teen deaths behind bars?

According to the investigative report, officers were supposed to make supervision rounds and "directly observe each inmate in person at least twice per hour on an irregular basis." Through interviews and what was documented, investigators found that rule was not followed.

The report also stated that officers are supposed to "directly observe, at least four times an hour," inmates who could be a danger to themselves.

The investigation found an undated written statement from an officer working on March 23 which indicated the following: "...the officer had interaction with an inmate during the course of her shift; and that the inmate was observed standing by her cell door every time the officer passed the cell. The record further indicated that during the 1 a.m. hour the officer received a telephone call from another Pod officer; and that the other officer stated they were informed by an inmate that the inmate was talking about hurting herself."

The report showed that same officer did two and a half rounds during the 1 a.m. hour. The officer reported that Fennell told her she was OK.

The officer then found Fennell hanging in her cell at 2:48 a.m.

The report said: "There was no record of the officer contacting her supervisor or contacting medical staff to report that there had been information received that the inmate had discussed harming herself."

The Department of Health and Human Services hit the jail with two violations following Fennell's suicide. Those violations led to policy changes in the jail, including new electronic logs that were implemented to document and/or explain missed observations of inmates.

"Losing a child is the most difficult thing I have ever experienced," Fennell's mother, Julia Graves, said in regards to the settlement, according to the Southern Coalition of Justice. "It was important to our family that Durham change the way it treats children in its custody. It gives me some peace of mind to know that if this settlement is approved, children detained in the future will be treated more humanely. There is nothing that can take away the pain we still feel from losing Niecey. But there is comfort in knowing that part of her legacy will be making conditions safer for other children."

Fennell entered the detention facility in July 2016 on a murder charge.

Murder charges against Fennell's two co-defendants were dropped about eight months after her death due to a lack of evidence, according to our newsgathering partners at the News&Observer.

While in jail, Fennell learned that her twin brother was killed, according to the lawsuit. It states that she "was unable to grieve with her family, and...took his death hard."

The sheriff's office sent the following statement to ABC11 on Thursday regarding the settlement:
The Durham County Sheriff's Office is pleased that an agreement with the family of Uneice Fennell has been reached, so that her family may continue the healing process after the loss of their loved one. The Sheriff and detention staff care about the detainees in the detention center and strive to do everything they can to make the Durham County Detention Facility a safe place for the individuals incarcerated there.
Before Miss Fennell's death occurred, safety risks inside the facility had been identified and strategies to reduce those risks were being implemented. In 2017, after her suicide, we immediately adjusted our policy regarding those in crisis. Additionally, the Sheriff's Office brought in an outside agency to review detention operations. Through this review, ways to better serve those in custody were identified, and we began putting their recommendations into action. These actions included retrofitting items inside the facility that posed a hanging hazard, increasing staff awareness of the signs of crisis, and providing continued Crisis Intervention Training for detention officers.
In 2018, the North Carolina Legislature addressed the issue of youth in adult detention facilities. Lawmakers raised the age of juvenile jurisdiction for nonviolent crimes to age 18. Beginning in December 2019, 16 and 17 year olds who commit crimes in North Carolina will no longer automatically be charged in the adult criminal justice system.
We will continue to implement the remainder of the improvements as noted in the in the mediation agreement with Miss Fennell's family. Once again, we offer our condolences to them and hope that the changes made offer some relief from their grief.
Report a correction or typo
Related topics:
durham countyjail deathinmatessuicidejail
Copyright © 2021 WTVD-TV. All Rights Reserved.
TOP STORIES
'It's crazy': Wolfpack fans ecstatic after upset of No. 9 Clemson
3 people dead after Amtrak train derails in Montana
UNC brutalized by Georgia Tech defense, running game in 45-22 loss
Local Haitians react to treatment of migrants flown back to the island
Vigil marks third anniversary of Durham man's murder
'The curse is broken': Pack beats No. 9 Clemson in OT thriller 27-21
Show More
Man seriously injured in shooting near Duke University Hospital
Bikers in Durham stand up against child abuse
Holmberg accounts for five TDs as Duke roars past Kansas, 52-33
North Carolina Central falls to rival NC A&T 37-14
Report uncovers how 6-year-old died on amusement park ride
More TOP STORIES News