And now the system has turned deadly.

At least three people died Tuesday as severe weather moved through the South. 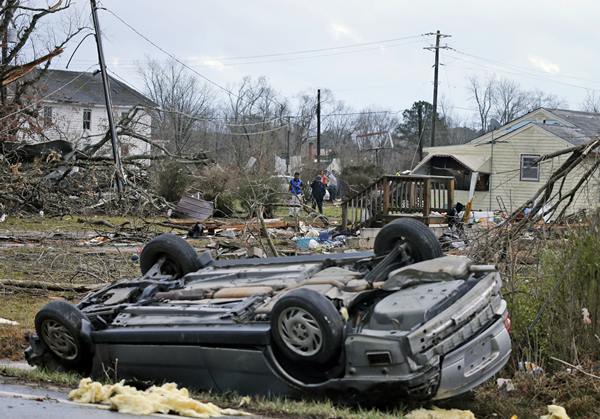 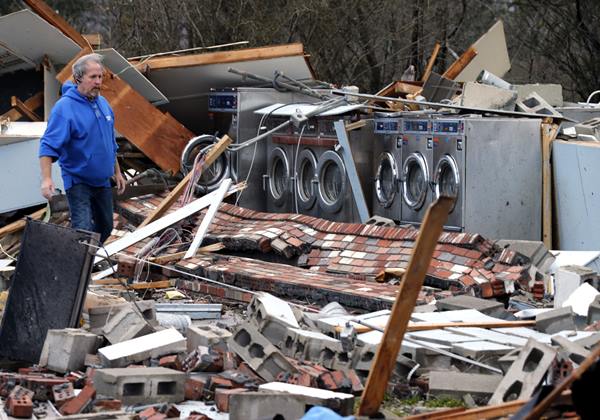 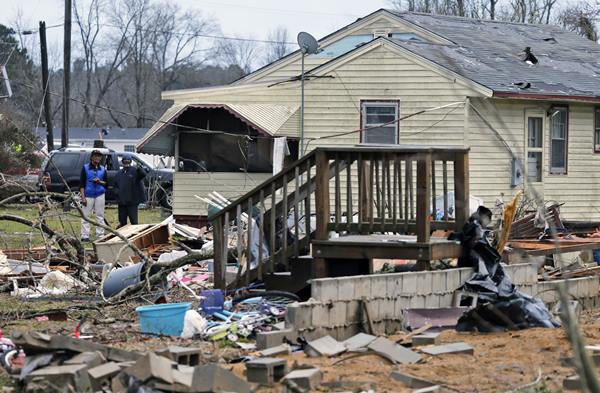 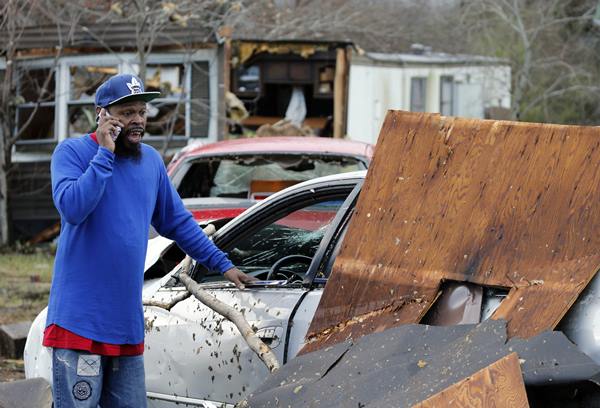 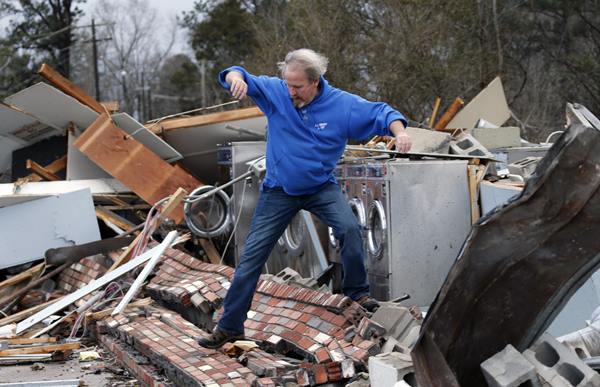 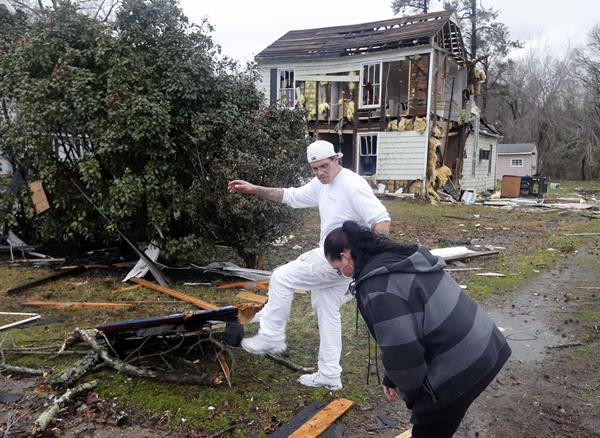 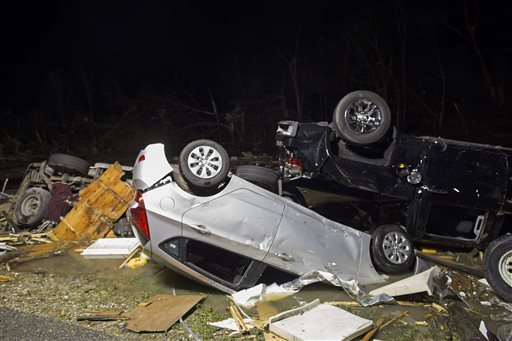 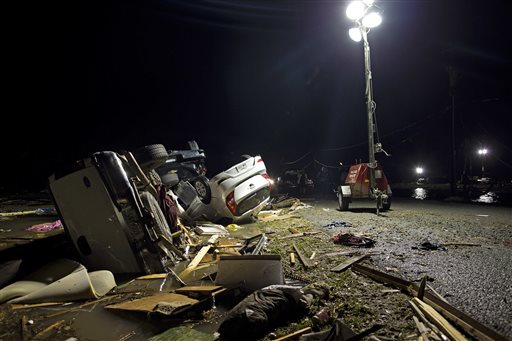 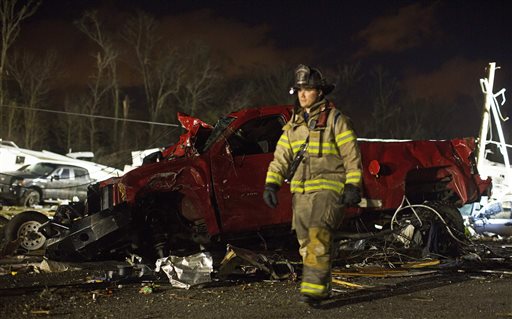 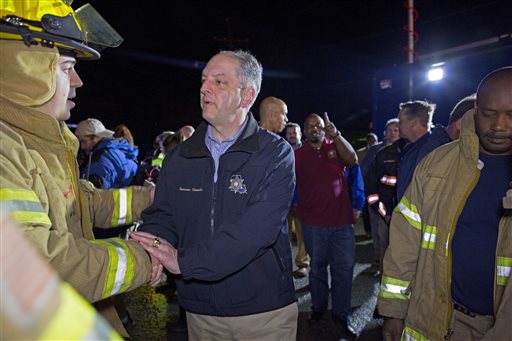 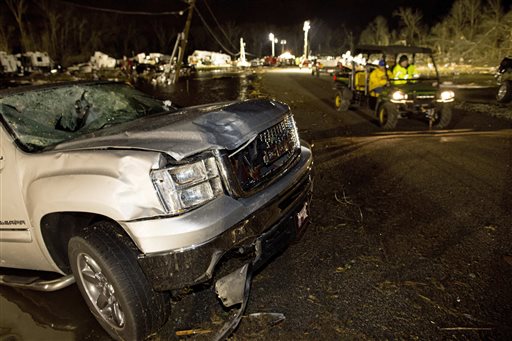 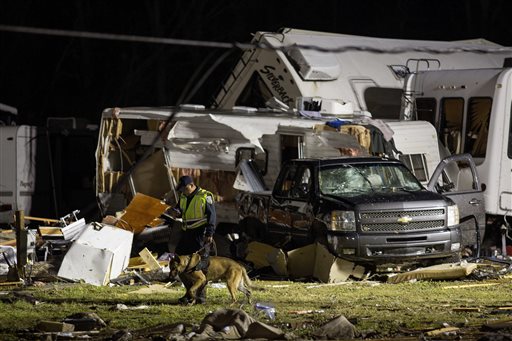 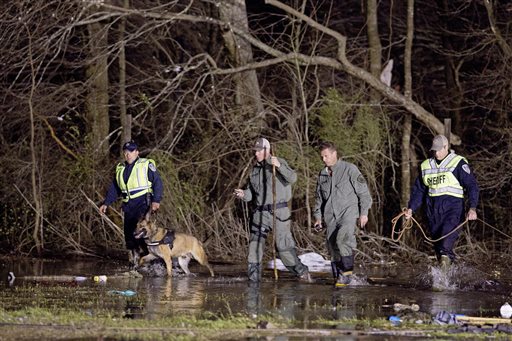 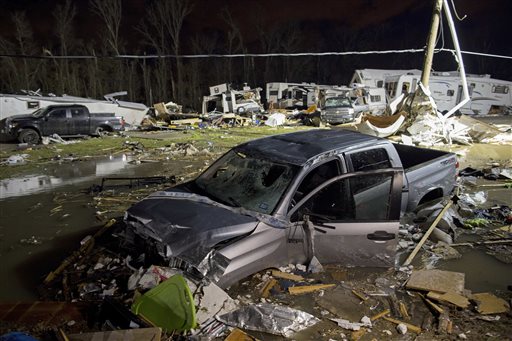 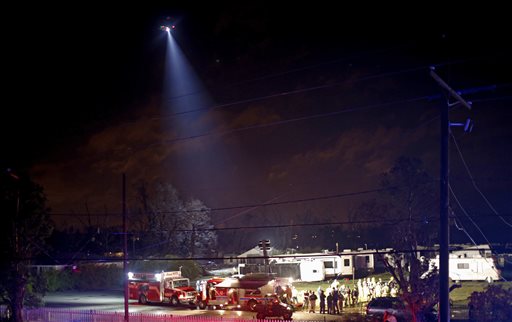 1 of 15
An overturned car rest on a highway next to the foundation of a mobile home that was throw across the highway by a deadly storm that swept through Waverly, Va., Wednesday, Feb. 24.
Steve Helber

Lamar County Coroner Cody Creel said that 73-year-old Dale Purvis died of blunt-force trauma. The injuries came about 4 p.m. Tuesday, as the area southwest of Hattiesburg was under a tornado warning.

Vann Byrd of the Lamar County Emergency Management Agency says the storm damaged at least a handful of buildings.

David Cox, a meteorologist with the National Weather Service in Pearl, Miss., says forecasters spotted debris on the ground which is a typical hallmark of a tornado. Storm damage was also reported at a second location in the county that appeared to be caused by the severe storm system.

In Convent, La., St. James Parish Sheriff Willy Martin said a trailer park was demolished after a reported tornado struck the area. More than 300 people live in the trailer park, though it's not clear how many were home at the time.

Martin confirmed that two people died as a result of the storms, while seven others were critically injured and more than 30 were wounded.

Mississippi Gov. Phil Bryant issued a state of emergency in preparation for the weather.

The Storm Prediction Center has received more than eight reports of tornadoes in the last 24 hours, and more than 20 Tornado Warnings have been issued by the National Weather Service in Louisiana and Mississippi since Tuesday morning.

The Pensacola News Journal reported that three buildings at an apartment complex were severely damaged and thousands in the region were without power.

It's all thanks to a strengthening low-pressure system forming in the western Gulf Coast states, which is expected to strengthen as it continues to move north during the next few days, bringing the severe threat to the Carolinas by mid-day Wednesday.

The storms are being blamed for damage to a truck, which flipped on its side on a highway near Livingston, Louisiana. Both homes and trees were damaged near Jefferson. Vinyl Siding was ripped off a home near St. Charles earlier this morning. A triple vortex waterspout was even observed near Lake Pontchartrain, Louisiana, prompting warnings near New Orleans.

Damage was also reported in the Lone star State. Large hail knocked out windows to homes and businesses in Texas overnight Monday.

Schools were closed in Louisiana, Mississippi and Alabama on Tuesday in advance of the storms.

School administrators are hoping the decision will keep students safer. 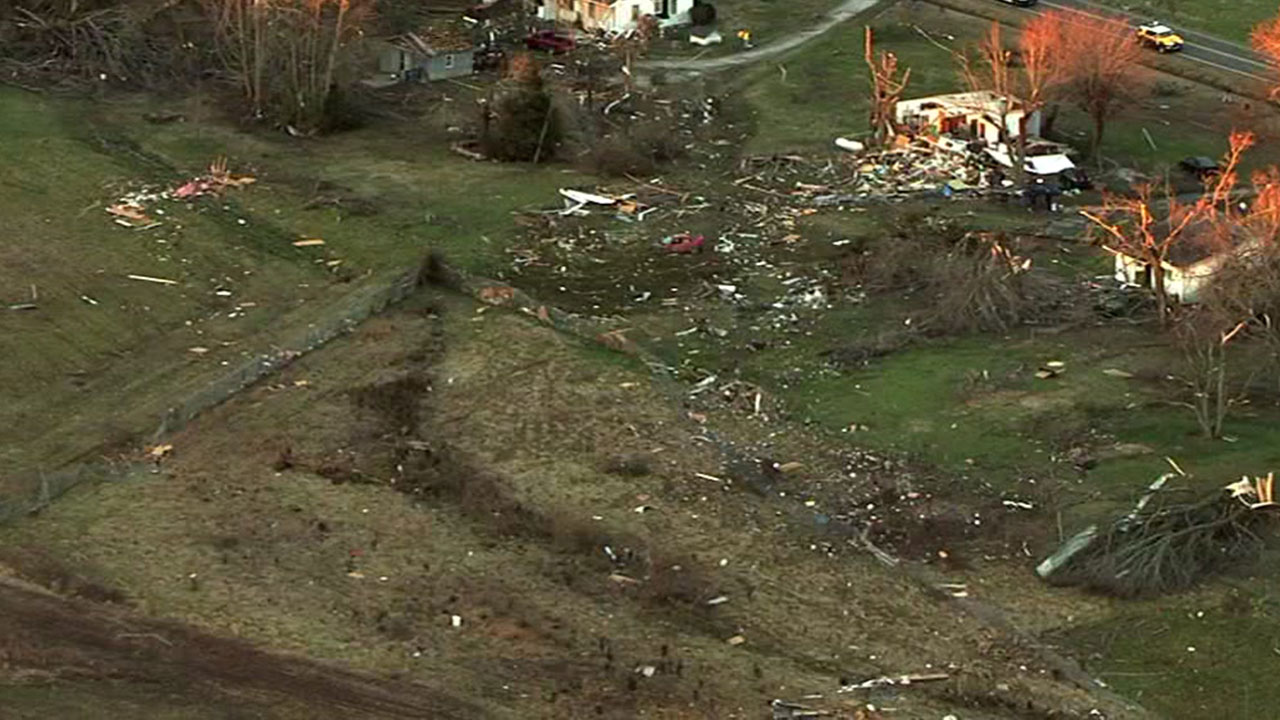