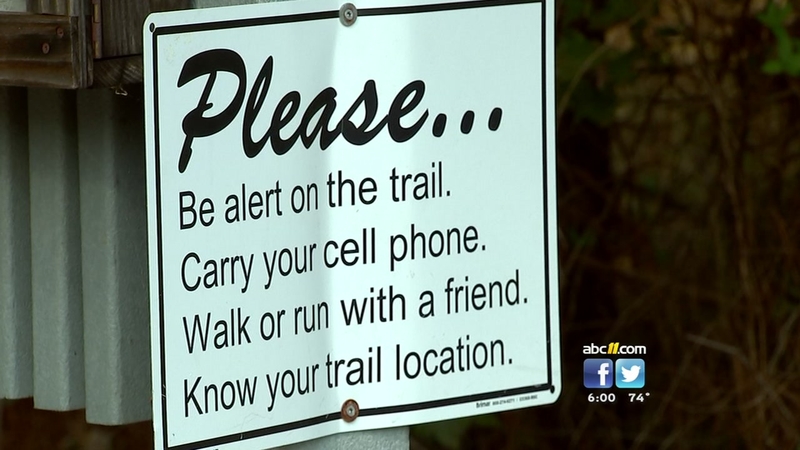 DURHAM (WTVD) -- According to a recent study by Runner's World, more than half of female joggers over the age of 30 have been harassed while exercising. And often times, the harassment has been sexual in nature.

In speaking to New York Daily News, Runner's World editor Meghan Kira said, "That discussion became a safety discussion in a lot of ways, and one tip we had seen going around frequently is that women shouldn't run alone."

Here's what the study found:

Brooklyn resident, Jennifer Herr, told Runner's World, "A police car rolled up behind me and blared on the megaphone, 'Stop running!' When I turned around, I discovered that they were calling to a man that had been chasing me."

Around the Triangle, women frequent the American Tobacco Trail, Lake Lynn, Falls Lake, Lake Crabtree, and other outdoor areas to exercise. News of the study prompted one woman we spoke with to consider her surroundings when exercising. Prior to rollerblading on the American Tobacco Trail, she said "When you're thinking about getting attacked, my first reaction is to get away."

She was also wearing headphones, a common distraction for many who exercise. "Maybe I shouldn't wear (my headphones); maybe I should take these out," she said.

Wake County mother Ashley Britton was pushing her 1-year-old daughter in a stroller along the trail on Thursday afternoon. When told about the report and common distractions, Britton said, "If I do need music, I just make sure I have it in one ear and not the other. Just so you can hear if someone is coming up behind you."

Nearly six years ago, Raleigh resident Anita Johnson was brutally attacked while in her Indiana home. The incident left her with a PTSD diagnosis and afraid to leave the house. Unable to live a normal life, Johnson's husband relocated to Raleigh for work, and started a new life. Shortly after their arrival, Johnson began taking Krav Maga. Once a week, a Krav Maga instructor comes to her home and together they practice self-defense techniques.

"It's given me that sense of safety; that confidence. And it's allowed me to build my life," Johnson said. What it's also done, most importantly, it's made me stop being a victim, and I am now a survivor."

Triangle Krav Maga instructor, Jaimie Lee, says Krav Maga is a great way to learn essential survival skills and is a great workout. Her classes, which are designed for men and women, allow people to overcome their fear and walk with a sense of empowerment.

"If you carry yourself in such a way that gives off the energy that you will not back down, that in and of itself, can save you from a possible attack," Lee said.
The Durham Police Department offers the following crime prevention tips: