Cary business to be featured on 'Shark Tank' 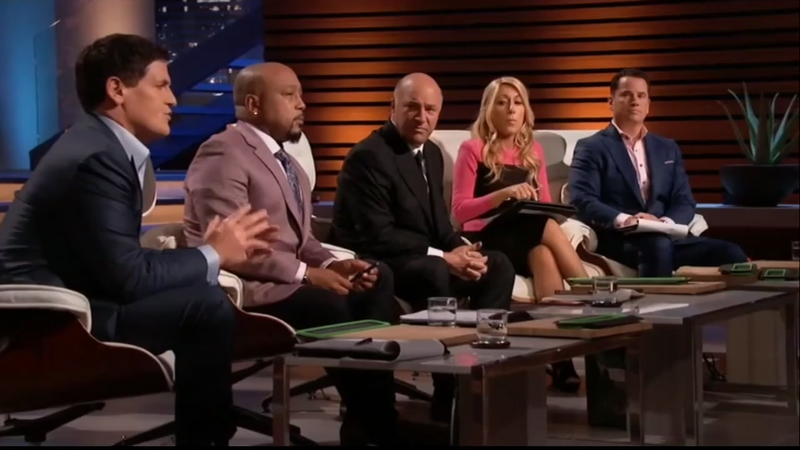 Cary business to be featured on 'Shark Tank'

CARY, N.C. (WTVD) -- RewardStock, a Cary business, will be featured on this Sunday night's episode of "Shark Tank," which airs at 9 PM ET on ABC 11.

"When I was an investment banker, I ran $5 billion deals, and that was very stressful. But I think the Shark Tank experience is the most stressful thing I've ever done," said Jon Hayes, the founder of RewardStock.

Hayes, a Princeton graduate, worked in New York City before creating the startup in 2014 and relocating to Cary.

Originally from Durham, Hayes is excited with the growth in the Triangle.

"Raleigh has an amazing ecosystem of resources. You've got Durham, Cary, and the whole Triangle kind of works together to help build businesses," Hayes explained.

RewardStock is a site that helps travelers save money by assisting them in earning and using frequent flyer miles and credit card points on trips. Using that strategy, Hayes spent just $200 on his honeymoon which cost $40,0000 - the rest was covered by rewards.

They work out of the Cary Cofounders Lab in downtown Cary.


"'Shark Tank' is an amazing screening platform for new startups. So even if you don't get a deal, I think it's a great platform to be on. One for the exposure, two for the critiques of those sharks," Hayes said. "They've seen so many businesses and you can learn a lot just from going through that experience. And then as an entrepreneur, you're always pitching your business, you're always honing your messaging and your business model. And there's no better way to really hone in on what's the right message than having it go through the crucible of an experience like 'Shark Tank,''" Hayes said.

Hayes said a user of the site is a casting producer on the show, and reached out to encourage him to apply. He applied in February, and taped the episode in June.

"It was such a blur that it still feels surreal to me. I'm excited to watch the episode so I can at least find out what happened," joked Hayes.

Hayes is a member of the Greater Raleigh Chamber of Commerce, and is hopeful more startups will seek out the Triangle moving forward.

"RewardStock has taken advantage of resources all across the Triangle," Hayes said. "I live in Raleigh, we use a co-working space here in Cary, provided by the town of Cary and Cofounders Capital, and we've been part of the start-up accelerator in Durham. So the Triangle has been really important to the growth of RewardStock, and I wouldn't want to grow a business anywhere else."