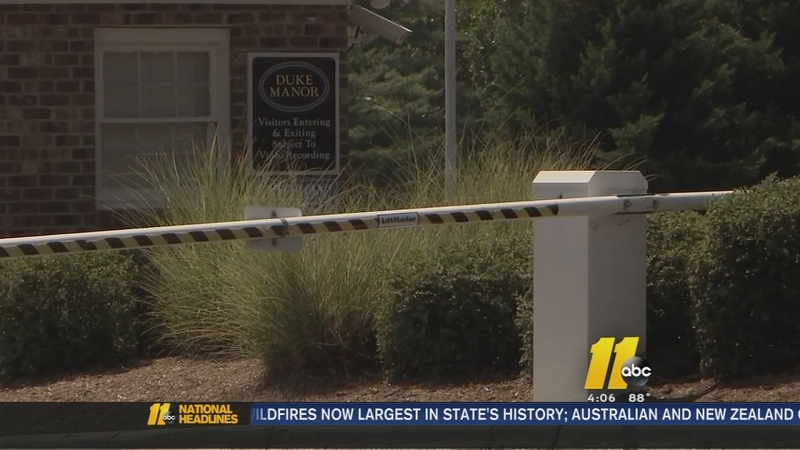 DURHAM (WTVD) -- Durham investigators returned to Duke Manor Apartments as they continue to investigate a shooting that seriously injured a security guard. The guard was shot multiple times and police believe he was injured while trying to protect residents from a burglary.

Police were called to Duke Manor Monday night just before 9 p.m. When officers arrived they found the guard lying outside.

The complex caters to college students.

"It was consistent and then it stopped and then it started again. So I'm thinking it was like two different guns because it sounded different as well," said Moore. "Maybe about 30 seconds after that, I heard a car drive off extremely fast."

Police said it appears the security guard interrupted a burglary in progress at an apartment.

The victim has not been identified. Police said he is 21 years old and stable right now at the hospital.

He is the 12th person shot in Durham in four days.

"It shocked me because it's really quiet out here the majority of the time," said Moore. "I moved-in in July, so to hear something like that it was scary."

Management at the complex would not comment on the shooting.

CONT... The victim is 21-years-old. Police just returned to the complex as they investigate shooting #ABC11Eyewitness pic.twitter.com/68eCVSSEZe

Police are asking anyone with information to call CrimeStoppers at 919-683-1200.