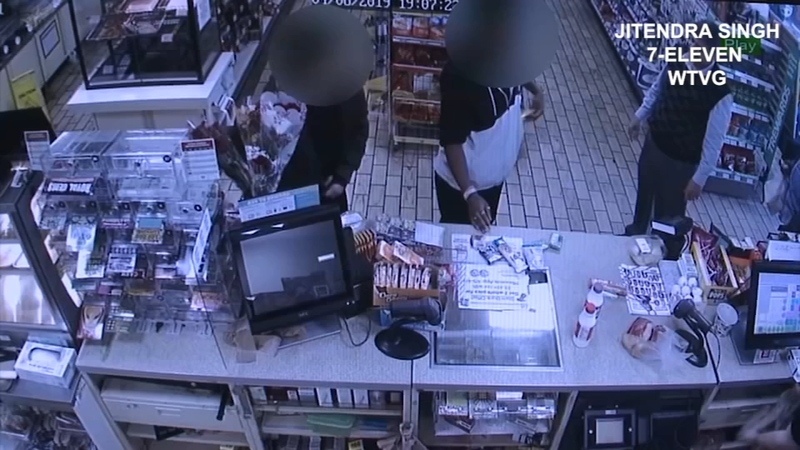 Store owner helps shoplifter in need instead of calling 911

TOLEDO, Ohio -- Surveillance video shows a teen trying to steal from a 7-Eleven in Ohio was caught in the act by none other than the store owner. What happened next will surprise you.

Jitendra "Jay" Singh has owned the Toledo 7-Eleven for five years, WTVG reports. He said when one of his clerks saw a teen pocketing items from their store, he decided to confront the young man before he got a chance to walk out.

Singh was shocked by what the teen had to say.

"He said, 'I'm stealing for myself. I'm hungry, and I'm doing it for my younger brother,'" Singh said.

Instead of calling the cops, the store owner decided to send the teen back to the aisles to pick up pizza and sandwiches - and he didn't charge him a cent.

"It's not going to make any difference to me if I give him some food, because we make a lot of food. We sell a lot of food," Singh said. "If he goes to jail, then he's definitely not going to do anything good in life."

Singh said he likes to help others when he can. His customers took notice. Cedric Bishop posted about Singh's act of kindness on Facebook, and it got a lot of attention.

"He has a big heart. He has a great, big heart," Bishop said. "I thought that was just beautiful because the young man could have had a record."

"I'm really proud of him. It is the true self of himself. I know him, he's very kind," said Neera, Singh's wife of nearly 30 years. "We are part of the community. We have to help the community. It is a part of our job."