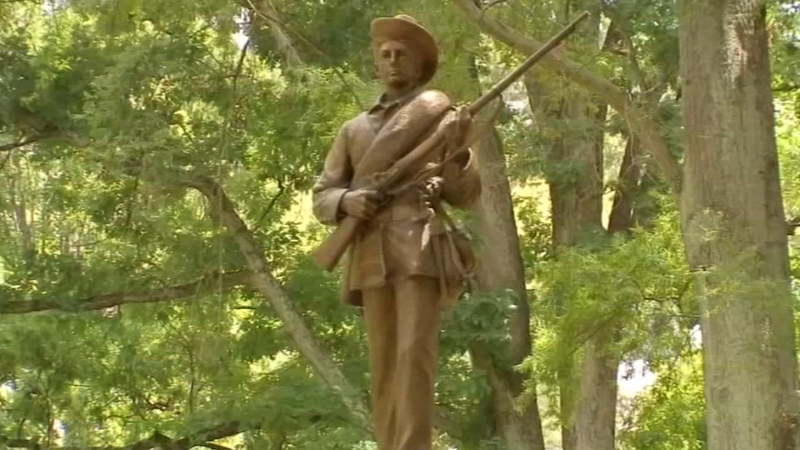 CHAPEL HILL, N.C. (WTVD) -- The UNC Board of Governors weeks ago announced their December committee meetings would be held via conference call, but members are still being especially reticent about a controversial settlement surrounding the now-deposed Confederate monument known as Silent Sam.

The settlement, announced the Wednesday before Thanksgiving, gives ownership of the statue to the Sons of Confederate Veterans, along with a $2.5 million trust.

"There are a range of emotions and many people are struggling," UNC Chapel Hill Interim Chancellor Kevin Guskiewicz writes in a letter to the Board of Governors. "I am particularly concerned with recently published post-settlement comments from the SCV regarding how the organization may seek to use funds from the charitable trust, including plans to promote an unsupportable understanding of history that is at-odds with well-sourced, factual, and accurate accounts of responsible scholars."

Like BOG members, Guskiewicz declined our request for a sit-down interview, but they soon may all have to speak up if opponents follow through on threats of legal action.

The D.C. based firm Lawyers Committee for Civil Rights Under Law this week sent a 14-page letter to the Board of Governors, including exhibits, warning of its intention to file a Motion to Intervene in an Orange County court.

"It appears that the Consent Order won court approval only because the parties concealed the plaintiff's lack of standing from the court and failed to advise the court of the frivolousness of the legal claims," the attorneys write. "We urge the BOG to carefully consider this information and to take all necessary action to meet is fiduciary obligations to protect UNC's interests and to recover the 2.5 million dollars to be paid to support a white supremacist organization whose values are antithetical to UNC's mission."