'It will not go back': Silent Sam once again belongs to UNC, but the Confederate monument will not return to campus 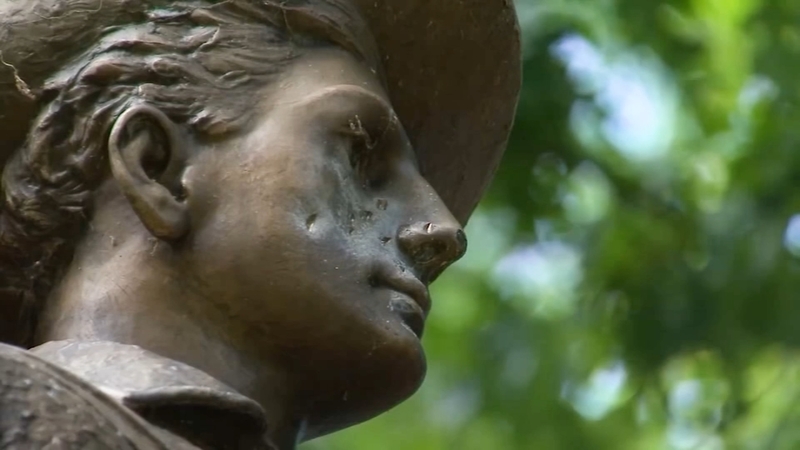 CHAPEL HILL, N.C. (WTVD) -- UNC System Interim President Bill Roper confirmed Friday that Silent Sam will return to the school's custody but will not end up back on campus.

In a final order on Feb. 20, Judge Allen Baddour ruled that the Sons of Confederate Veterans must return Silent Sam to UNC within 45 days. Friday, Roper told ABC11's Ed Crump the statue would not end up back on the UNC-Chapel Hill campus.

After the Board of Governors meeting today UNC System Interim President Bill Roper tells reporters asking what will happen with the Silent Sam statue, “It will not go back on campus.” #ABC11 pic.twitter.com/Afnqi5oX2R

"In due course we will be making those decisions, the board ultimately will in concert with others," interim UNC System President Bill Roper told reporters after Friday's Board of Governors meeting in Chapel Hill.

The renewed controversy comes after Baddour dissolved an agreement between the UNC System and the Sons of Confederate Veterans.

The agreement, struck before Thanksgiving 2019, gave Silent Sam to the Sons of Confederate Veterans, set up a $2.5 million trust to pay for the monument's upkeep, and gave the group an additional $75,000 in exchange for a moratorium on the organization not waving Confederate flags on any UNC campus for the next five years.

Last week, Baddour ruled the settlement has no legal standing, thus dissolving the trust. At the time, lawyers from both parties said they would respect the judge's decision, though UNC attorneys said the ruling could mean that Silent Sam would legally have to go back up on UNC-Chapel Hill's campus. A state law passed by the Republican controlled legislature says the statue must be returned to its original location or a similar place of prominence.

The statue, which went up in 1913 as a monument to the UNC students who fought and died in the Civil War, was toppled in August 2018 by students and protesters.

Walter Jackson, a member of the UNC Black Pioneers, a group of students who attended the school in early years of desegregation, said the statue was put up to stifle the progress of freed slaves.

"That statue was put up as an affront to African Americans and as symbol of resistance to racial progress," Jackson said.

Jackson said he is glad the statue will not return to UNC's campus.

Sons of Confederate Veterans has also been ordered to list any expenses they paid with money in the now-dissolved trust in the next 10 days.

Some members of the Sons of Confederate Veterans think those who opposed the deal with the Confederate group should now have to be involved in figuring out what to do with Silent Sam.