'Y'all are failing me:' Durham Housing Authority mistake keeps mom from buying home for children 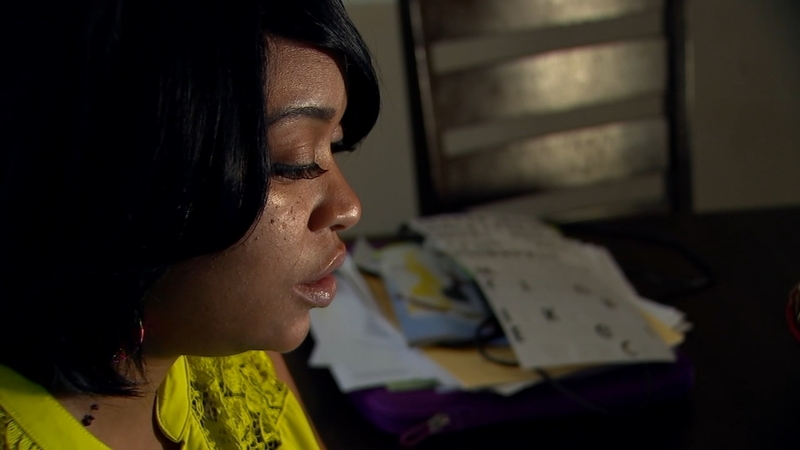 DURHAM, N.C. (WTVD) -- Mistakes made by workers at the Durham Housing Authority is leaving program participants with false hope and questions of accountability.

"Y'all are failing me. I mean how can you have an organization that is not organized? Somebody needs to be held accountable because it can't keep happening." Durham resident Latoria Dowdy told ABC11.

Dowdy is referring to the Durham Housing Authority and one of their programs called the Family Self Sufficiency (FSS) program. It's a program that encourages participants to set goals for themselves and increase their earnings. As their income goes up, a portion of their rent is put into an escrow account they can access after five years if their goals are met.

Dowdy says she entered the FSS program in early 2014 and says she thought it would be the perfect opportunity to save the money she needed to purchase a home and transition out of public housing. She met her goals and documents showed her escrow balance increasing every year.

When it was time for Dowdy to get her final payout from the program, she was told there was a problem with her account and her balance was $3,085.

She questioned the discrepancy and program administrators told her they could not find the original application to confirm the date she started the program. That's when she reached out to to the Troubleshooter.

We first exposed problems with the FSS program earlier this year. A Durham mom of four was also in the FSS program. After completing her goals, she was told she had about $29,000 to put down on a new home, but after an audit of her account her pay out was so much less.

At that time, DHA Director Anthony Scott said a clerical error led to that mistake and that the program underwent a full audit to ensure there were no other errors. He said during that audit mistakes in several client files were found, but none were as large as the mistake in this case. He said changes were being made in how client files are audited and how the program is monitored.

"We put some changes in place to make sure this sort of thing doesn't happen again," Scott said during our initial investigation.

Dowdy even saw our story.

"When I saw your first story I immediately contacted my worker, my homeownership worker. She told me no Latoria, your stuff is not nothing like hers," Dowdy said.

Unfortunately though, Dowdy has since learned her case is just like the first one we uncovered in May.

Despite having paperwork from DHA saying she had more than $20,000 in escrow for the FSS program after five years, she says program administrators now told her she would not be getting that much money as an audit showed different numbers.

Frustrated and fed up with the lack of explanation from DHA, Dowdy reached out to us to help get answers.

We reached out to DHA Director Anthony Scott again and this time Scott said: "The discrepancy is a result of a correction of the participant's effective date of the FSS contract. Originally the contract was recorded as being initiated on 4/01/2014. After an internal audit the correct effective date was changed to 8/01/2014. As a result of the correction of the contract date, there was a significant change in the calculation of escrow. The incorrect effective date reflected an immediate earnings of over $400 per month because Ms. Dowdy was enrolled into the program when she was not working. Soon after, when she began working, a large portion of her new earnings were rolled over to her escrow account. Later, when the internal audit uncovered the corrected effective date, less escrow was tabulated. The lesser of the totals is directly related to the time that the contract begins. Ms. Dowdy was gainfully employed at the time that the escrow funds began to accrue, therefore less overage from her rent payment was being rolled over into her escrow account. This is an unfortunate change in totals for Ms. Dowdy but it is the correct calculation according to our HUD FSS program regulations."

Dowdy says the original start date is correct but she never received a copy of the paperwork that she is now being told was lost.

"It's not fair," Dowdy said. "If you're going to run an organization or a program, run it the way it should be ran. Have people there that know how to keep things in order."

Scott said tighter internal controls are now in place and documentation expectations have been raised to avoid future issues.

"Through the training and oversight currently being offered to employees, we are ensuring that participants are properly enrolled in the program and tracked appropriately," he said.

When it comes to Dowdy's case Scott said: "There were mistakes that were uncovered that will not be of benefit to Ms. Dowdy and this is an unfortunate result. We wholeheartedly apologize for the personal unfavorable outcome that she experienced. Nonetheless, the overall benefits of this FSS program continue to be advantageous for the participants."

Despite admitting the error officials say paying Dowdy the money they told her she owned would be in violation of HUD policy. We reached out to HUD to confirm that information. A spokesperson said they are looking into this case but did not provide any other information or comments.

Despite being unable to purchase her dream home right now, Dowdy says she hopes sharing her story will help others in the FSS program avoid the same outcome.