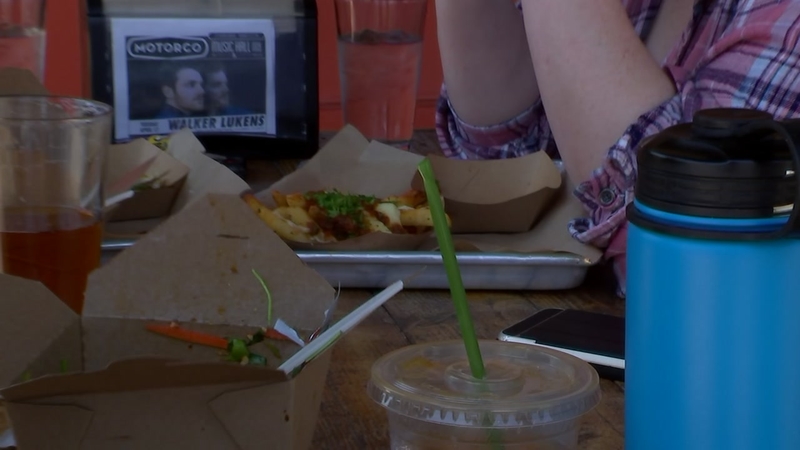 As UK aims to ban plastic straws, some Durham restaurants are already moving that way

Walk into just about any restaurant and you're likely to see them. They hang out on dining tables as a silent audience, picking up on our every conversation. Plastic straws. Their existence serves great purpose for humans, but for the environment not so much.

Seattle has become the first U.S. city to ban plastic utensils and straws.

Across the pond, the UK is aiming to ban all sales of plastic straws, and other single-use plastics, by as early as next year. According to the UK government: "There are over 150 million tons of plastic in the world's oceans and every year one million birds and over 100,000 sea mammals die from eating and getting tangled in plastic waste."

In a similar show of reducing a carbon footprint, Durham Mayor Steve Schewel proclaimed March 2018 as "No Straws Month" in the city.

"Single-use plastics that find their way onto our streets get washed through storm drains into local creeks and all the way to the ocean," Schewel said. "Plastic litter is a roadside eyesore, and it also can be fatal to river and ocean animals."

Durham bar Motorco is one of the establishments looking to reduce the number of plastic straws. The bar's manager said they stopped buying plastic straws around Thanksgiving and has since been using paper straws. However, the option to use them is left up to the customer. Not only straws but manager Pete Wagner said the bar's owners are aiming to get rid of plastic altogether.

"The amount of volume we do (in plastic), we just feel it's more responsible to do paper straws."

That decision was shared by a nearby table during Wednesday lunch hours.

"I would recommend no straws," said one gentleman. He said for people with sensitive teeth, they should be the exception to his rule.

That practice is largely continued today, although the restaurant still makes plastic straws to those who want them.

Manager Dave Webster said feedback from customers led the pub to rethink its position on straws.

"We've probably cut down on at least 10,000 straws a month by enacting that policy we don't hand them out unless they ask for them," Webster told ABC11. "When you see how much you throw away every day at the end of the night...it's a lot and you don't realize every little one, they count."