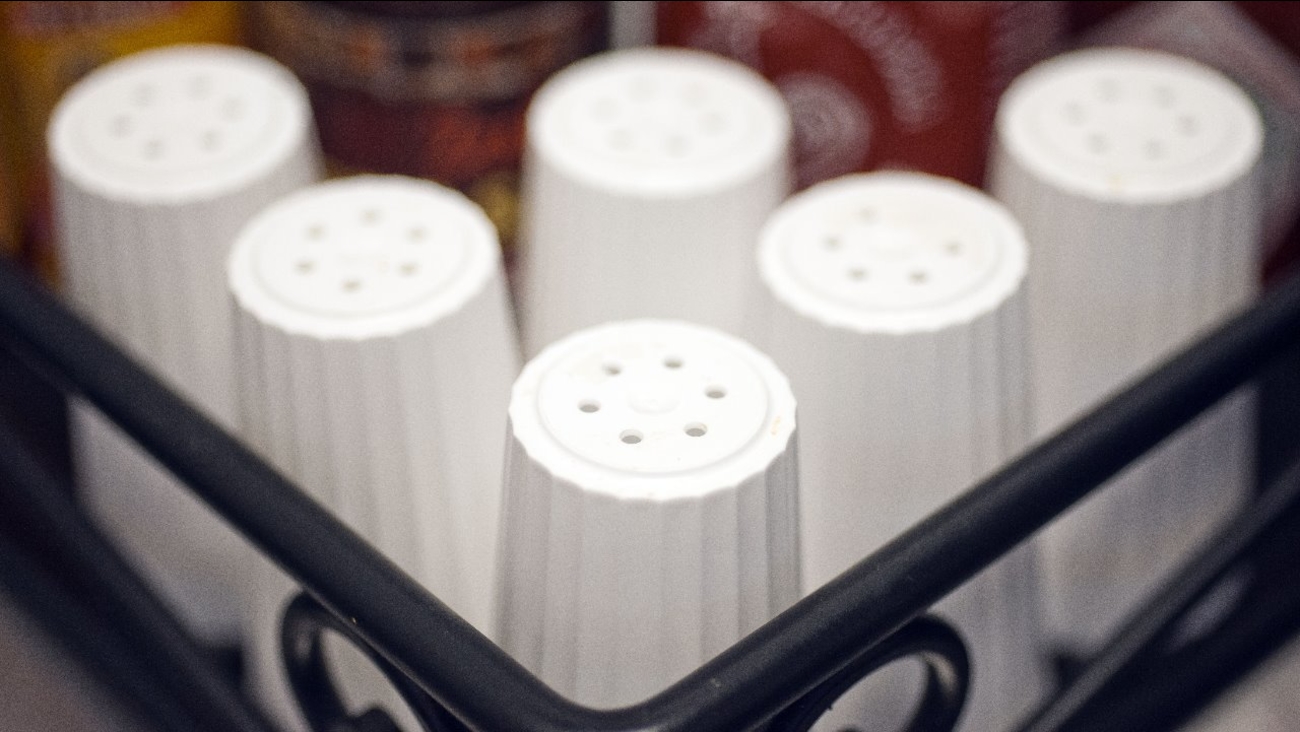 NEW YORK -- Salty fare from sandwiches to salads will soon come with a first-of-its-kind warning label at chain restaurants in New York City.

The city Board of Health voted unanimously Wednesday to require chain eateries to put salt-shaker symbols on menus to denote dishes with more than the recommended daily limit of 2,300 milligrams of sodium. That's about a teaspoon.

New York is the first U.S. city with such a requirement, which comes as officials and experts urge Americans to eat healthier. It furthers a series of novel nutritional efforts in the nation's biggest city.

"This really represents, to me, the next step in allowing usable information for our community to make better health decisions," said board member Dr. Deepthiman K. Gowda. "My hope is that this impacts not only consumer practices but also impacts the practices of our restaurants."

City officials say they're just saying "know," not "no," about foods high in a substance that experts say is too prevalent in most Americans' diets, raising the risk of high blood pressure and potentially heart attacks and strokes. Public health advocates applaud the proposal, but salt producers and restaurateurs call it a misguided step toward an onslaught of confusing warnings.

"This is another example of the government creating policy based on outdated, incorrect sodium guidelines," Lori Roman, president of the Salt Institute, a trade association for salt producers, said in a statement Wednesday.

The measure will apply to an estimated 10 percent of menu items at the New York City outlets of chains with at least 15 outlets nationwide, city Health Department Deputy Commissioner Sonya Angell said. Those chains account for about 1/3 of the restaurant traffic in the city, she said.

The average American consumes about 3,400 mg of salt each day. Only about one in 10 Americans meets the 1 teaspoon guideline.

"There are few other areas in which public health could do more to save lives," Michael Jacobson, executive director for the Center for Science in the Public Interest, an advocacy group, said at a city Health Department hearing in July. Indeed, some experts and health board member Dr. Lynne Richardson have urged the city to set the warning limit as low as 500 mg.

Last year, an international study involving 100,000 people suggested that most folks' salt consumption was actually OK for heart health, adding that both way too much and too little salt can do harm. Other scientists fault the study and say most people still consume way too much salt.

Restaurant owners say healthy-eating initiatives should focus on diet as a whole, not on particular ingredients or foods. They want the city to leave salt warnings to federal authorities. The U.S. Food and Drug Administration is working on new sodium guidelines.

"This is just the latest in a long litany of superfluous hoops that restaurants here in New York must jump through," making their business tougher, Fleischut said in a statement.

Still, at least one eatery chain - Panera Bread - has expressed support for the city's proposal. It will take effect Dec. 1.

In recent years, New York City has pioneered banning trans fats from restaurant meals and forcing chain eateries to post calorie counts on menus. It led development of voluntary salt-reduction targets for various table staples and tried, unsuccessfully, to limit the size of some sugary drinks.

Restaurant representatives criticizing the salt proposal have noted that courts struck down the big-soda ban as overreaching by the health board. But the Health Department says it has clear authority to require warnings.