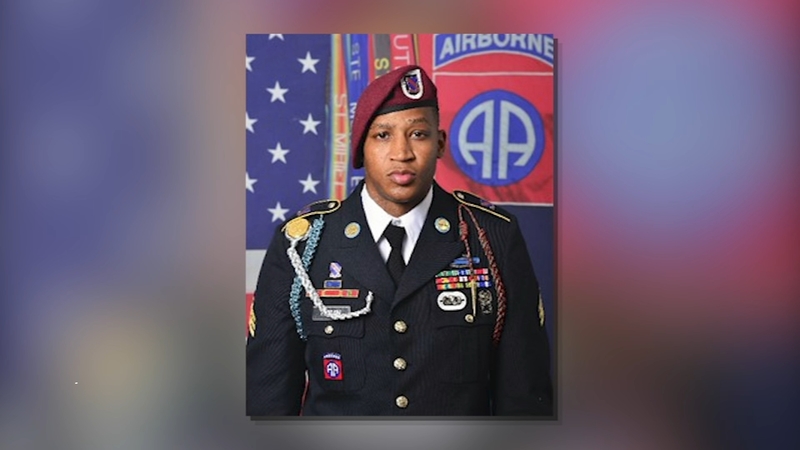 CAMP LEJEUNE, N.C. (WTVD) -- A soldier who was hit and killed by a vehicle in Duplin County on Sunday has been identified as Sgt. Michael Hagan-Daniel, 28, from San Antonio, Texas.

Hagan-Daniel was participating in a training exercise when he was identified as needing medical treatment. After completing the Psychological Operations Qualification Course, Hagan-Daniel became ill and was taken to Womack Army Medical Center for treatment.

But because of limited bed space, WAMC coordinated with the Naval Hospital at Camp Lejeune to treat Hagan-Daniel. While en route, Hagan-Daniel got out of the ambulance when it pulled over on the side of U.S. 17 near Warsaw.

He was hit by oncoming traffic and was pronounced dead at the scene.

"Michael's death is a tremendous loss to the command," said Col. Eric Jacobson, commander of 1st SWTG (A). "He left an impact not only on students he trained with but also the cadre and the members of the SWCS enterprise. He was an outstanding student in the PSYOP pipeline. We extend our deepest condolences to his family."

Hagan-Daniel is survived by his wife and son.