How a 13-year-old girl is challenging a 'sexist,' 'racist,' 'classist' school dress code 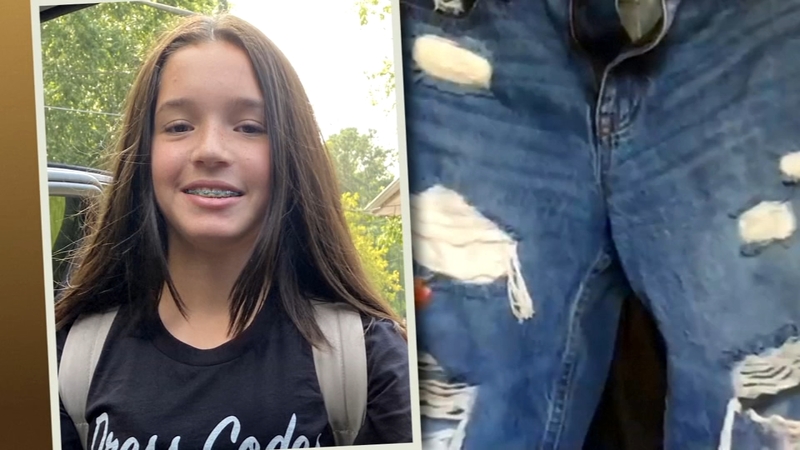 A Georgia 8th grader is protesting against her school for what she calls a sexist policy.

A pair of jeans landed 13-year-old Sophia Trevino in hot water on her first day of school.

"I was angry and nervous, nervous because I've never really been sent to the office or anything, and a little angry because my jeans are perfectly fine," she said.

The Cobb County, Georgia school district dress code policy says rips must be below the length of her fingertips.

Sophia said she thinks the dress code policy is sexist and unfair, pointing out that all of the students brought to the principal's office that morning were female.

"It's way more strict on women than it is on the boys," she told ABC News. "It should be learned at a very young age, not to sexualize women's bodies."

The school board told ABC News that clothes aren't their concern, but learning is.

"The District's dress code for students includes a minimum standard of dress and exists, per the policy, so students dress in a way which is consistent with the formality of school," the statement said.
"School districts and school leaders should discuss with parents, families caretakers students about what an appropriate dress code is for their community and how the students will feel represented through them and not targeted or criminalized by that," said Sabrina Bernadel, Equal Justice Works Fellow.


"Black girls as young as five years old are adultified by the adults in their lives," she said. "So adults see them as older as more developed as more sexually knowledgeable, and again that translates in dress codes."

Back in Georgia, Sophia is protesting the policy by wearing a shirt that says: "Dress codes are sexist, racist, classist."

And she's getting support from her dad, Joe.