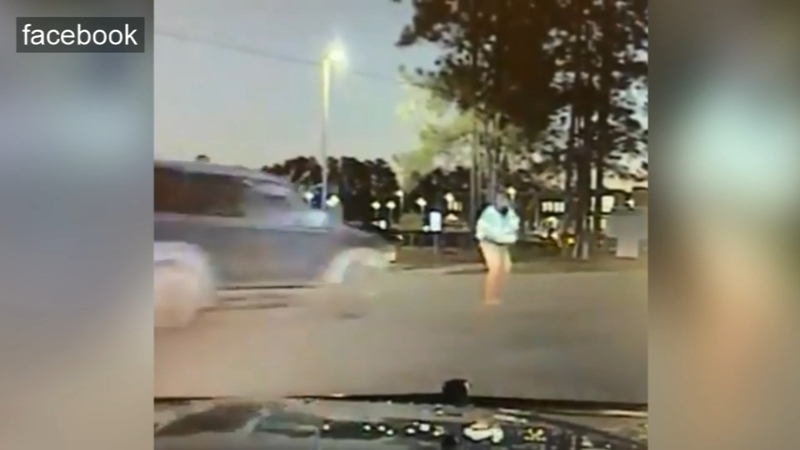 KERSHAW COUNTY, S.C. (WTVD) -- A South Carolina Deputy was taken to the hospital after being hit by a distracted driver in a school zone.

Kershaw County Sheriffs Deputy Chelsea Cockrell was directing traffic at Lugoff Elementary School early Thursday morning when she was hit by a man in an SUV. Cockrell was released from the hospital and is expected to be okay.

Cockrell was wearing a yellow reflective jacket and her patrol car's blue lights were on, but that didn't stop the driver from running into her or slowing down.