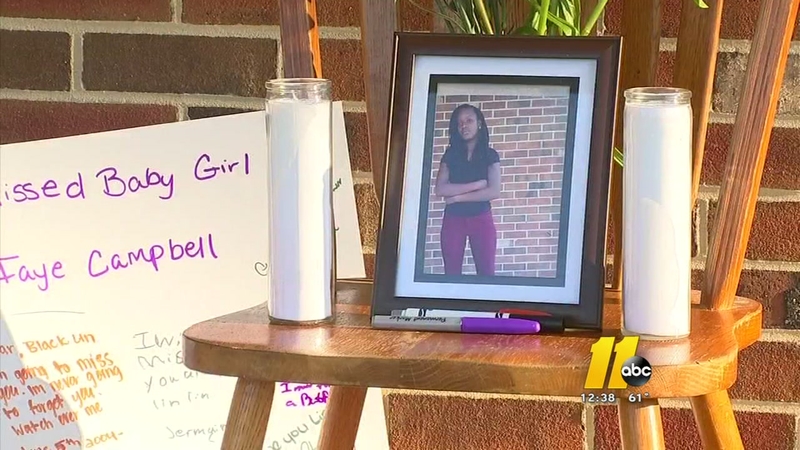 SOUTHERN PINES, NC (WTVD) -- The Southern Pines Police Department is investigating a shooting that has left one child dead and another critically wounded.

It happened around 4 p.m. Friday in the 700 block of West Michigan Avenue.

Police say 12-year-old Jalinda Campbell and 3-year-old Kyleigh Graham were on the front porch of a home when someone driving by started shooting.

"It was like pow-pow-pow! I know I counted maybe six, but it was more than that," said witness Keisha Miller.

Police said they believe two weapons were used in the shooting.

Miller said she ran over to help.

"The baby, his eyes were wide open. He was looking very alert, obviously very scared. The girl was trying to get up, but we were trying to keep her still," she said.

Police want to find whoever did it. They said they don't believe the children were the intended targets. They say they know who the target was, but they're not naming him. They also have leads on suspects, but they're not in custody.

"We don't know the total number of suspects, but based on the two different calibers of shell casing we recovered, we believe there were two different guns that were used," said Southern Pines Police Chief Robert Temme.

The families of Jalinda Campbell and Kyleigh Graham are suffering an overwhelming grief and heartache," the police department said in a statement Saturday. "The Southern Pines Police Department shares the pain and sorrow felt by these families, as does our entire community."

Anyone with information is asked to call the Southern Pines Police Department at (910) 692-7031 or the Crime Tip Line (910)693-4110. All information provided will remain confidential and can be provided anonymously.