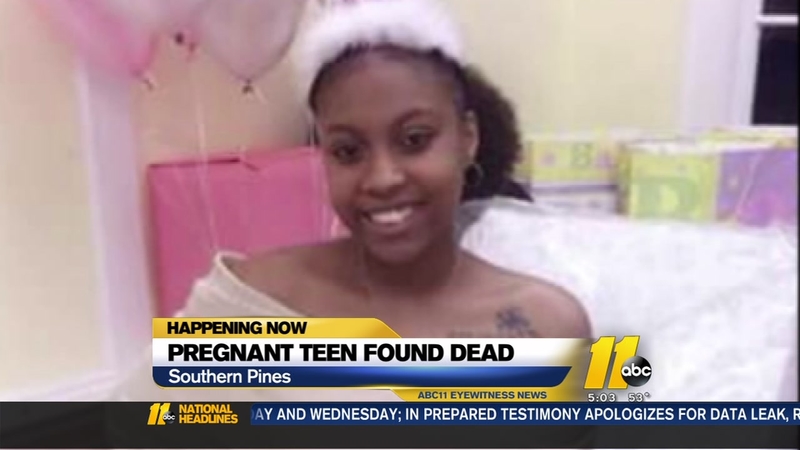 Aiyonna Clarice Barrett was found dead in a car on a dirt road near South Gaines Street around 7:45 p.m.

A small piece of crime scene tape left behind on the dirt path where pregnant teen, Aiyonna Barrett’s body was found. Police are calling her death suspicious. #abc11 pic.twitter.com/JRhoIIxXXM

At this time, detectives believe this was not a random act of violence. They are calling her death suspicious.

"This is devastating news for our family. Aiyonna was a prized member of our family and we were also eagerly awaiting the arrival of her baby girl. We are in shock and are looking forward for more information to be revealed by the law enforcement investigation on how and why this happened. Nothing will justify Aiyonna and her unborn baby girl being taken away from us but we expect justice to be served on the person who took them from us. We fully support law enforcement in their efforts to find out who did this and hope that person is found immediately and arrested. We are aware of numerous people speaking out on social media about their theories but none of those statements should be regarded as being made on behalf of our family. We appreciate everyone's prayers and support during this difficult time. Otherwise, we will not comment further as this is an ongoing investigation."

A cause of death will not be released until the State Medical Examiner finishes an autopsy, which is scheduled for Monday.