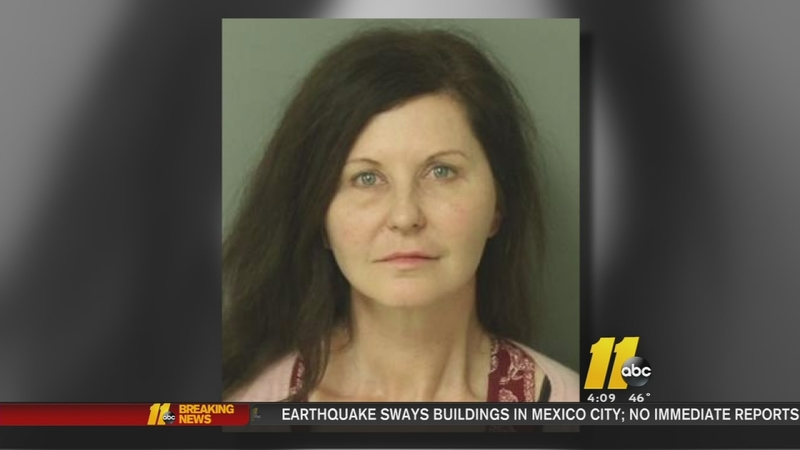 RALEIGH (WTVD) -- A Raleigh mother is in jail accused of twisting 7-year-old daughter's arm so severely it broke and beating the child until she had a bloody nose and was covered in bruises.

Shawna Sowder, 42, is charged with intentional child abuse causing serious injury and assault on a child.

The charges against Shawna Sowder detail the physical injury found on her daughter #ABC11Eyewitness pic.twitter.com/ZxD0oHOH5P

The charges carry a maximum sentence of 17 years in prison if convicted.

Sowder's daughter has been placed in the custody of her paternal grandparents.

In court Monday, Sowder's attorney asked that her $85,000 bond be reduced. The judge declined and ruled that Sowder is to have zero contact with her daughter.

Sowder's next court date is scheduled for December 14.