AJ Dillon out for Boston College's game at No. 23 NC State 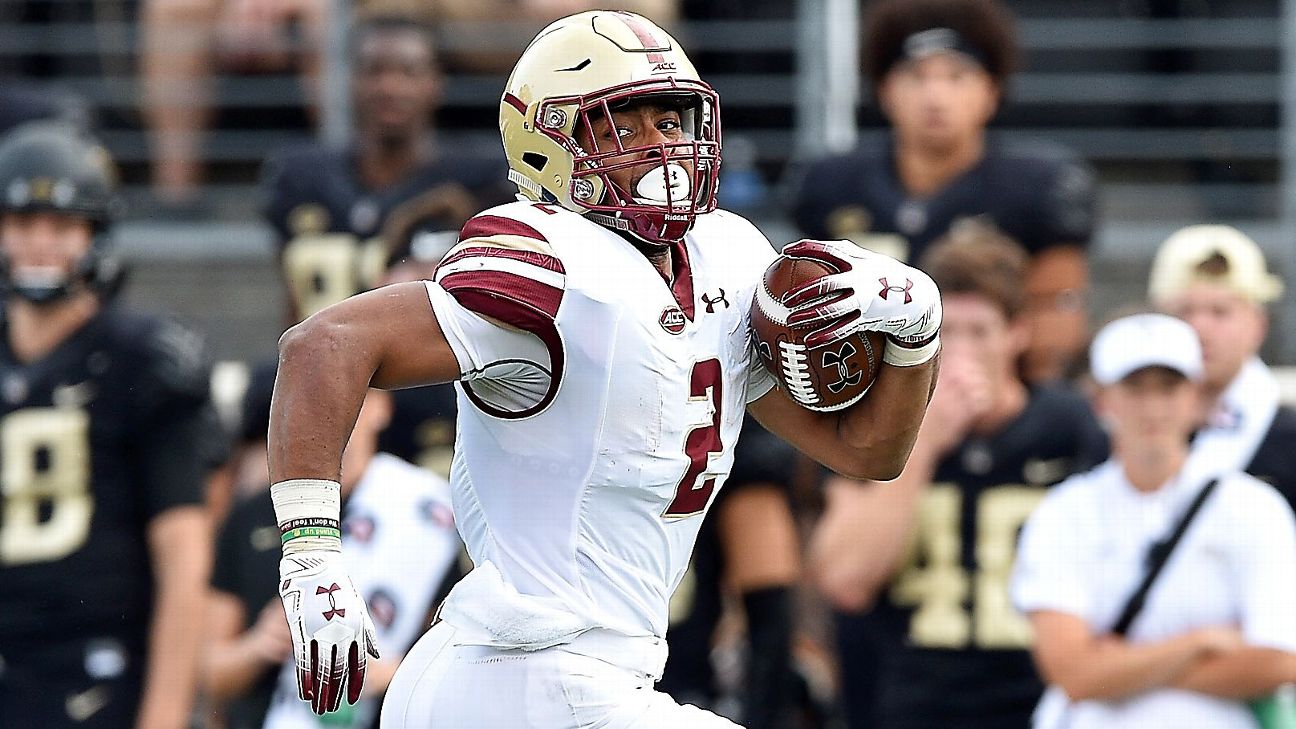 The 6-foot, 245-pound sophomore ranks fifth in the Bowl Subdivision ranks in rushing at 130.4 yards per game. The Eagles are 9-3 in the 12 games since Dillon became the starter last October at Louisville.

Coach Steve Addazio had said this week that Dillon would be a game-time decision.