Angel Pagan to have back surgery 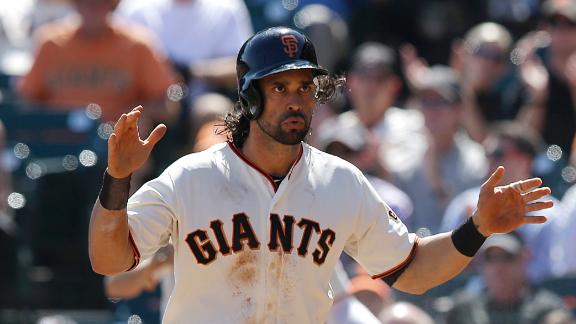 The San Francisco Giants have hit a speed bump in their quest for another World Series title.

Manager Bruce Bochy said Tuesday that leadoff hitter Angel Pagan has a bulging disk in his back and will undergo surgery Thursday in Los Angeles. The outfielder is expected to be out for three months.

"It's just time to get something done," Bochy said. "This thing's been nagging him for three or four months. It's just not getting any better. We want to get it done now so he'll be a full go in spring training."

Pagan has battled back issues throughout the year.

"This is a bad-luck situation because if the bulge moves a little bit more to the other side, then I'll be playing, no problem," he said.

Pagan hit .300 in 96 games this season. He will be replaced by Gregor Blanco in the lineup.