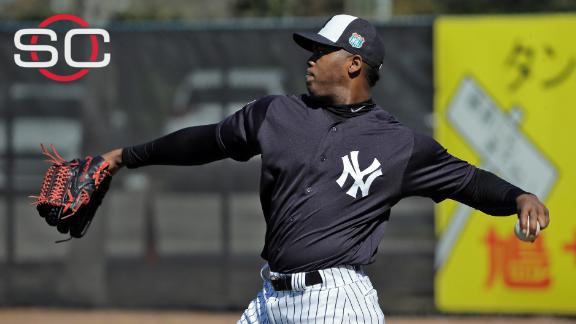 Chapman will not appeal the suspension, the first handed out under a policy that MLB and the Major League Baseball Players Association jointly agreed to in August following several high-profile incidents among NFL players.

"I want to be clear, I did not in any way harm my girlfriend that evening. However, I should have exercised better judgment with respect to certain actions, and for that I am sorry," Chapman said in a statement. "The decision to accept a suspension, as opposed to appealing one, was made after careful consideration. I made this decision in an effort to minimize the distractions that an appeal would cause the Yankees, my new teammates and most importantly, my family. I have learned from this matter, and I look forward to being part of the Yankees' quest for a 28th World Series title. Out of respect for my teammates and my family, I will have no further comment."

The suspension will go into effect on Opening Day, when the Yankees play the Astros. Chapman will lose 30 days of pay -- $1,856,557 of his $11,325,000 salary -- and 30 days of major league service, which will still allow him to reach six years of service time after this season, enough to become eligible for free agency.

He can participate in all spring training and preseason games.

A source tells ESPN's Jayson Stark that while Chapman's suspension is 30 games, the Yankees have been told he would be eligible to return May 9 against the World Series champion Royals even if New York doesn't play all 30 games as scheduled (due to postponements, etc.).

In a statement, the Yankees said they supported Manfred's ruling and were pleased with Chapman's decision not to appeal.

The Cuban-born lefty, acquired by the Yankees in January from the Cincinnati Reds in exchange for four minor leaguers, was investigated for an incident at his home on Oct. 30, when he is alleged to have choked his girlfriend, 22-year-old Cristina Barnea, after an argument that began after she "found something on his phone that she did not like," according to a police report obtained by ESPN.

Chapman told police that he poked the woman on the shoulder and she fell to the ground. According to the police report, after family members broke up the altercation, Chapman said he went into his car, punched the passenger-side window and suffered a laceration on his finger. He also acknowledged firing eight shots from a handgun in his garage during the incident.

Citing a lack of sufficient evidence, conflicting stories and failure of witnesses to cooperate, the Davie (Florida) Police Department did not charge Chapman and said the investigation was closed pending any new evidence. However, the Broward State Attorney's office in Florida said that decision was based on a preliminary, informal phone conversation and it requested reports so it could review the matter further.

The state's attorney announced on Jan. 21 that no charges would be filed against Chapman, who has twice left Yankees camp with permission to attend to "personal matters."

"Much of the information regarding the incident has been made public through documents released by law enforcement," Manfred said in a statement. "Mr. Chapman submitted to an in-person interview with counsel present. After reviewing the staff report, I found Mr. Chapman's acknowledged conduct on that day to be inappropriate under the negotiated Policy, particularly his use of a firearm and the impact of that behavior on his partner. I am gratified that Mr. Chapman has taken responsibility for his conduct, that he has agreed not to appeal the 30-game suspension, and that he has agreed to comply with the confidential directives of the Joint Policy Board established under the parties' Policy to ensure that a similar incident does not occur in the future."

The players' association said it supported Chapman's decision to accept the penalty and said "its members do not condone the mistreatment of others by playing or non-playing personnel.''

Chapman's case was one of three investigated by MLB this offseason as part of the new domestic violence policy. The others involved Jose Reyes of the Colorado Rockies and Yasiel Puig of the Los Angeles Dodgers.

Reyes was placed on paid leave last week. He is facing a charge stemming from an incident with his wife in Hawaii in October. Puig still hasn't received any penalty after a reported altercation with his sister and a bouncer at a Miami nightclub in November, but sources told ESPN's Pedro Gomez thathe is not expected to be suspended.

Chapman's absence, meanwhile, is noteworthy for the Yankees.

Since his first full season as the Reds closer in 2012, Chapman's 145 saves are third-most in the majors. In the last five seasons, he has thrown 1,609 pitches that clocked in at least 100 mph - or 1,077 more than any other pitcher in the big leagues.

"We need him,'' teammate Alex Rodriguez said Tuesday before the suspension was announced. "He's a big part of our team, and I think the key in New York is you have to focus on the game, focus on your teammates, and I think he has a lot of support in that clubhouse.''

The Yankees will open the season with Andrew Miller as the closer and Dellin Betances as the setup man. 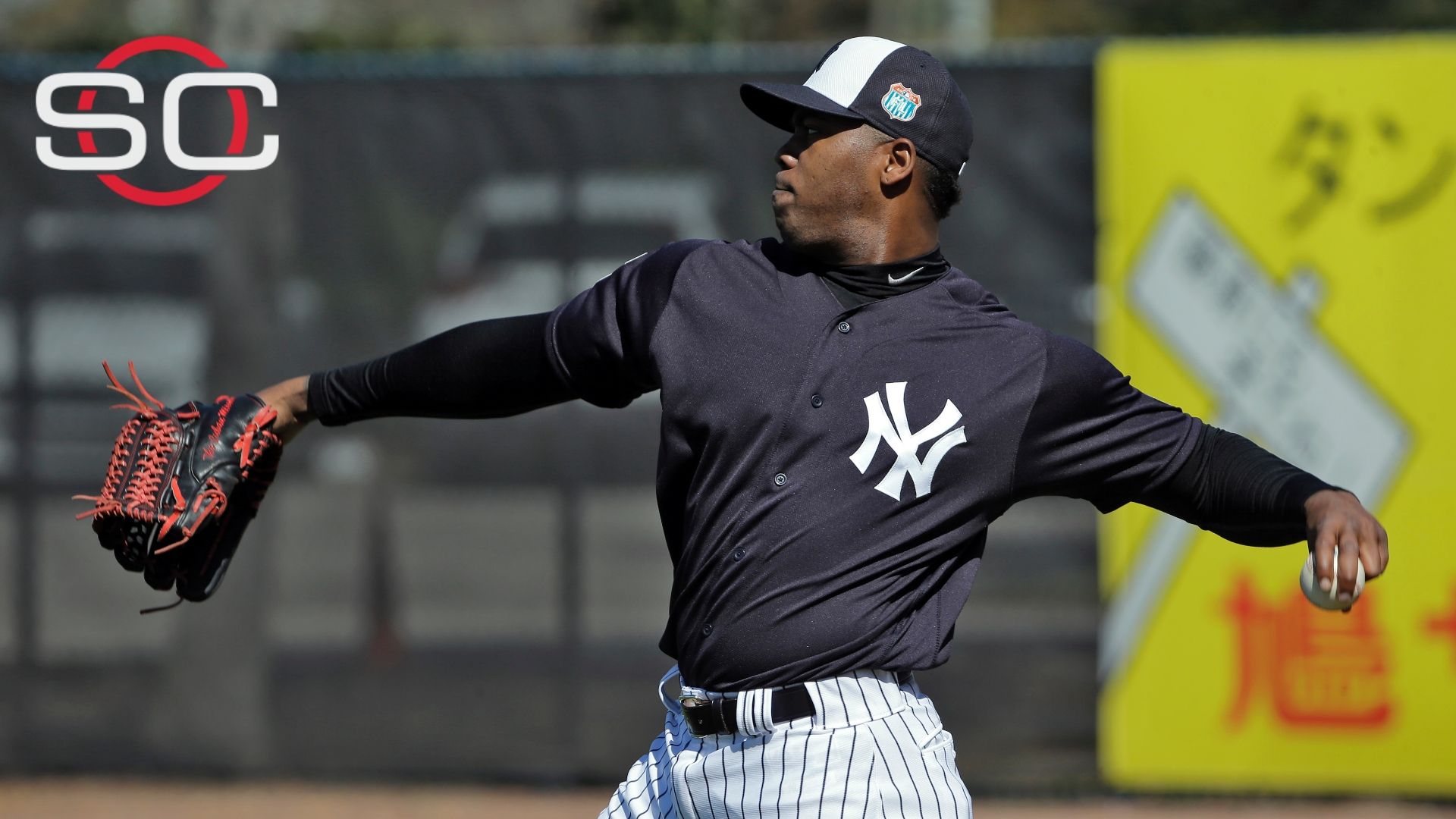