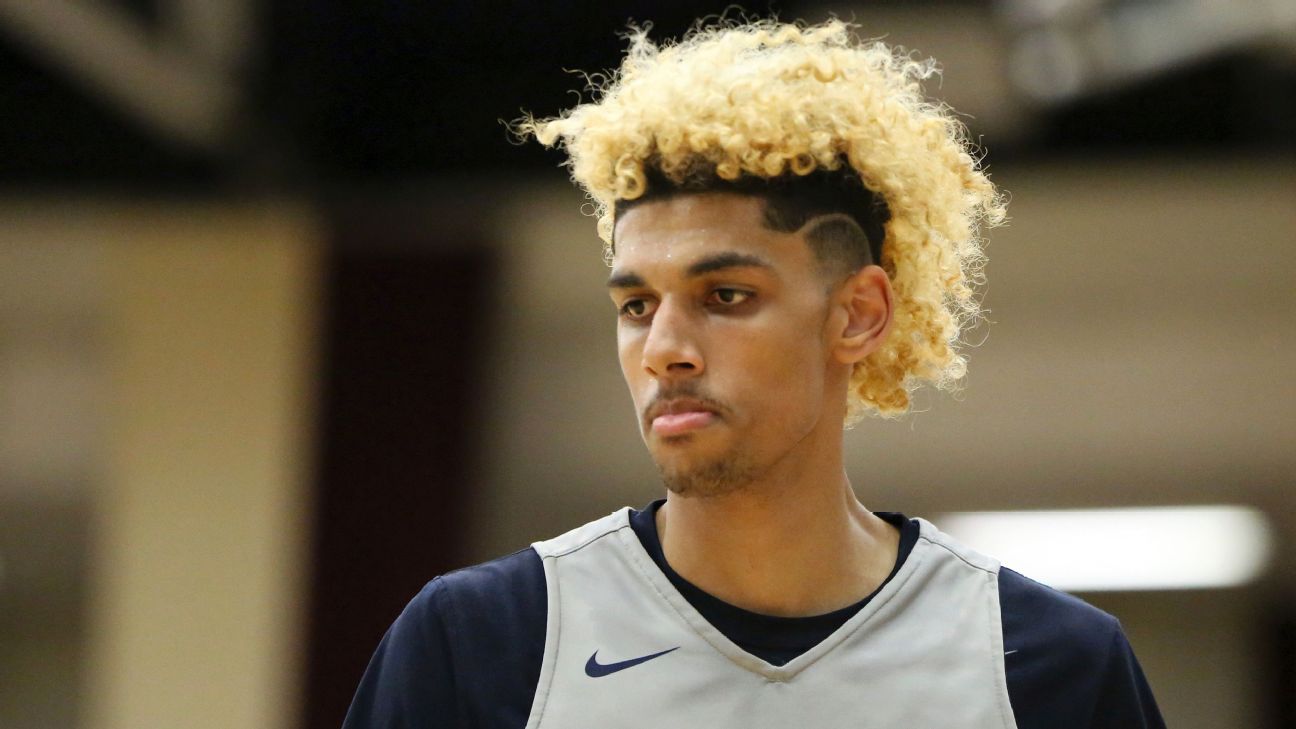 NEW YORK -- Brian Bowen Sr., who is accused of agreeing to a pay-for-play scheme to receive $100,000 from Adidas to send his son to theUniversity of Louisville, broke down during his testimony on Thursday in a federal criminal trial involving bribes and other corruption in college basketball.

Within the first 10 minutes of Bowen's testimony, assistant U.S. attorney Edward Diskant asked him about his son, Brian Bowen II, who is also known affectionately as "Tugs."

"Why isn't he in college?" Diskant asked.

At that point, Bowen Sr. was overcome with emotion and started crying while sitting on the witness stand. He cried for a few minutes and breathed heavily into the microphone until Diskant asked U.S. District Court Judge Lewis A. Kaplan for a break. As jurors left the courtroom, Bowen Sr. turned from them and wiped his face with a tissue.

Shortly after Bowen Sr. returned to the stand about 20 minutes later, it wasn't long before he'd accused a handful of colleges, includingArizona, Creighton, Oklahoma State and Texas, of offering him tens of thousands of dollars in cash and other improper benefits for his son to play basketball at those schools.

"Schools would give me money for a top player, like my son, to go to school," Bowen Sr. said.

He said Christian Dawkins, one of the three defendants in the criminal trial for felony wire fraud and conspiracy to commit wire fraud, relayed the alleged offers from assistant coaches to him. Dawkins and Bowen grew up together in Saginaw, Michigan, and they've had a long friendship.

Adidas executive James Gatto and former Adidas consultant Merl Code are also defendants in the case and, along with Dawkins, are accused of conspiring to influence players to sign with Adidas-sponsored schoolsKansas, Louisville, Miami and NC State. Each of the three men has pleaded not guilty.

Pasternack is now the head coach at UC Santa Barbara; Evans is one of three former assistant coaches who are charged in a separate federal case and is accused of accepting bribes from Dawkins and others to influence players to sign with certain agents and financial advisers; Morrell is now the head coach at UNC-Asheville; Murphy, a Saginaw native, is still employed at Creighton.

Both Texas and Creighton released statements Friday that said internal reviews showed no evidence to support what Bowen said in court.

"Our compliance office conducted a review and did not find any information that substantiates the recent testimony at the U.S. District Court in the Southern District of New York,'' Texas AD Chris Del Conte said in a statement that did mention any names. "We will monitor the information from the court proceedings and continue to cooperate fully should there be any requests from the NCAA."

Creighton said it took the allegations very seriously" but is "confident that Coach Greg McDermott and members of his staff uphold the highest standards of integrity in recruiting."

UCSB athletics spokesman Bill Mahoney said school officials "were not aware" of statements made in court regarding Pasternack prior to Thursday and that they have not been contacted by federal investigators involved in the trial.

Arizona officials have yet to respond to messages left by ESPN. Oklahoma State said it would not comment until the inquiry is complete.

RegardingOregon, which defense attorneys said in opening statements had offered an "astronomical amount of money" for Bowen II, Bowen Sr. said, "I don't recall that."

Bowen Sr. said he talked to a couple of the coaches during his son's recruitment, but not about the financial offers, which are a violation of NCAA rules.

Bowen Sr., a former Saginaw police officer, who appeared in court after the government offered him a non-prosecutorial agreement in exchange for his testimony, also detailed various payments made to him dating to his son's high school career.

Bowen Sr. told the jury that he received $2,000 per month from Shane Heirman for Bowen II to attend La Lumiere School in LaPorte, Indiana. Heirman was the head coach of La Lumiere at the time, and is now an assistant coach at DePaul.

Bowen II began his high school career playing for Dawkins' Dorian's Pride AAU program, but moved to the Michigan Mustangs on the Adidas circuit after Adidas program director T.J. Gassnola offered Bowen Sr. $25,000 for his son to play for the Mustangs.

Gassnola, a youth basketball director from Massachusetts, pleaded guilty in May to one felony count of wire fraud conspiracy and agreed to cooperate with prosecutors in the federal government's investigation. He is expected to testify at the trial next week.

Diskant displayed transaction records showing two separate payments totaling $4,000 from Dawkins to Bowen Sr., as well as a check from Adidas executive Chris Rivers to Bowen Sr. for $2,000. Rivers noted on the check that the payment was for consulting fees, but Bowen Sr. testified he'd never done consulting work for the sneaker company.

Bowen Sr. also testified he received payments from Dawkins and Rivers in cash.

In the spring of 2017, Louisville was not involved in Bowen II's recruitment and he had never been to campus. His son favored Arizona, Bowen Sr. said, but they were worried about more experienced players being ahead of him.

"Louisville offered him a scholarship as a freshman, but they'd been off the radar," Bowen Sr. said. "We hadn't really talked to them."

After Allonzo Trier and Rawle Alkins returned to Arizona for the 2017-18 season and Donovan Mitchell left Louisville for the NBA, Bowen Sr. said Dawkins approached him about the possibility of Bowen II playing for the Cardinals.

Diskant showed the jury text messages between Bowen Sr. and former Louisville head coach Rick Pitino on May 24, 2017, with Bowen Sr. asking Pitino to talk to his son.

The government also played a voicemail Gatto left for Pitino on May 27, 2017.

"I just got a call about a player I want to discuss with you," Gatto said.

On May 29, 2017, Bowen II, his mother and father, his friend, and Dawkins took an unofficial visit to Louisville.

Bowen Sr. told the jury that Dawkins paid for the visit.

On June 1, 2017, Bowen II committed to Louisville and signed a financial aid agreement with the school.

Shortly thereafter, Gatto left another voicemail for Pitino, according to the government.

"Coach, Gatto," he said. "Hope all is well. Checking in. Heard the good news, um, and it's going to be good, and I'm excited for you guys."

After Adidas officials made an initial offer of $60,000-$80,000, according to Dawkins, Bowen Sr. said the offer to attend Louisville went up to $100,000 because Dawkins alleged that Billy Preston, who had chosen to play at Kansas, received $100,000 from Adidas for his commitment.

John Carns, Louisville's senior associate athletic director for compliance, told the jury that he was unaware of the payments at the time. 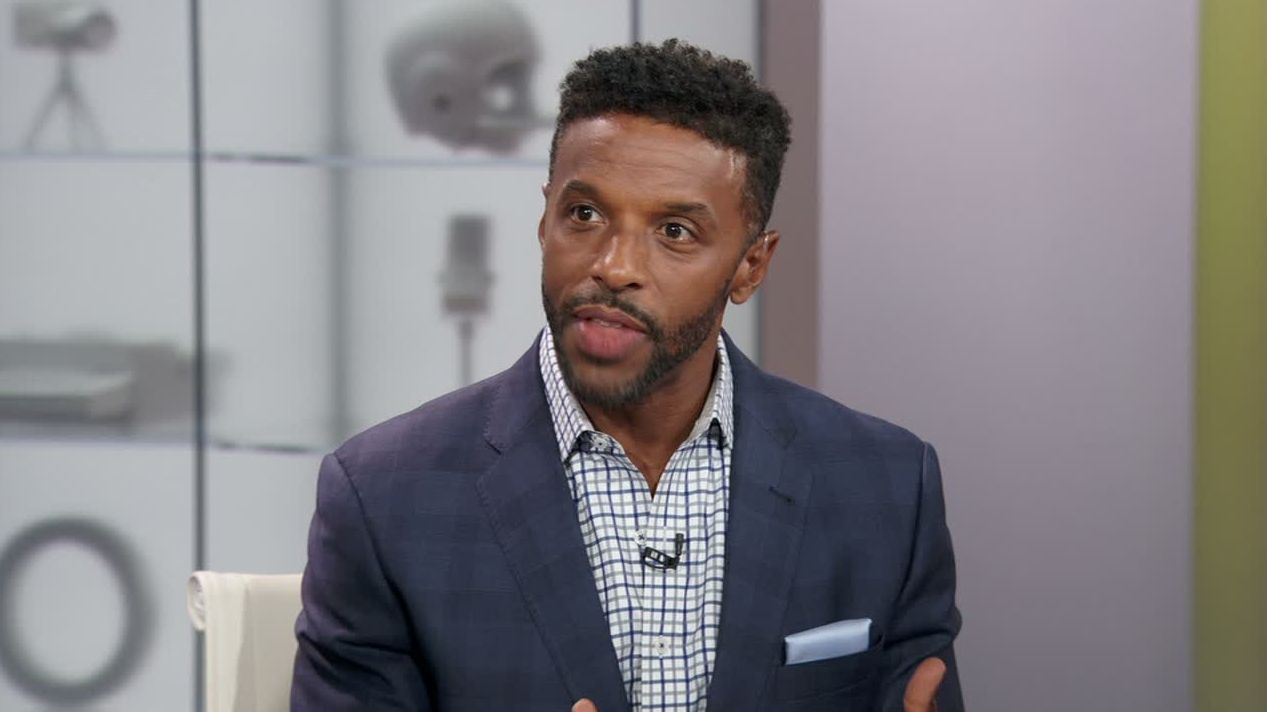 College hoops recruiting scandal flying under the radar?
Ryan Smith discusses the lack of attention on the college basketball corruption scandal that led to the firing of Rick Pitino. 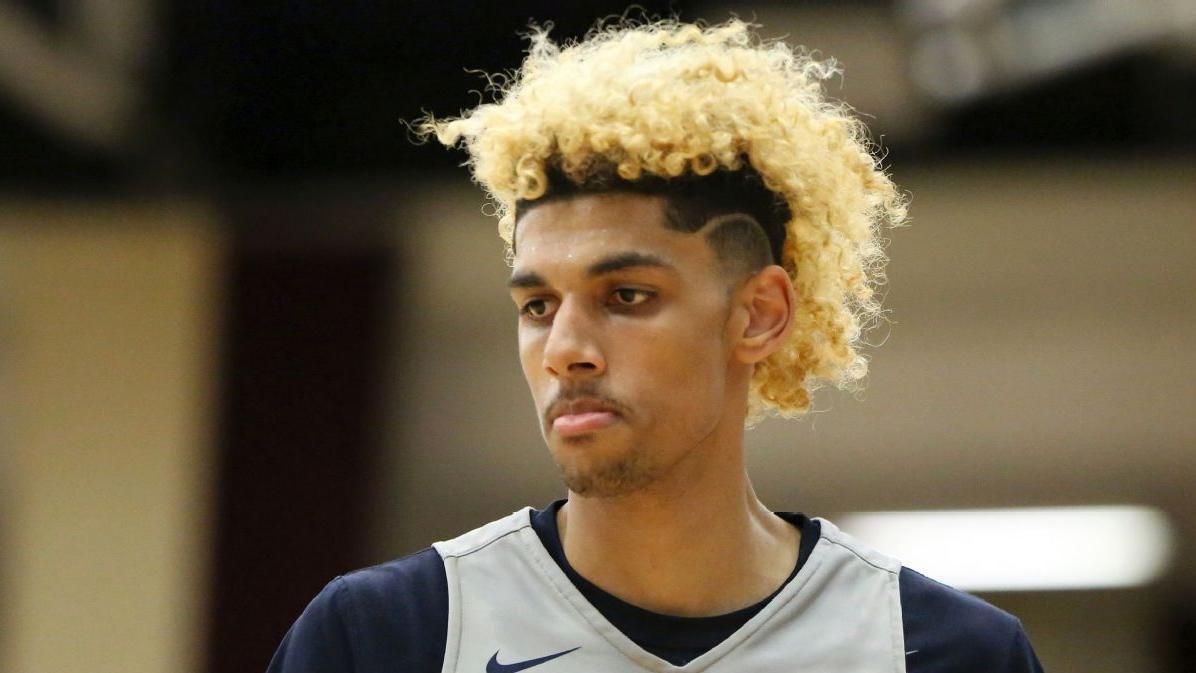