Brian Wilson: Can already see myself throwing up some waffles 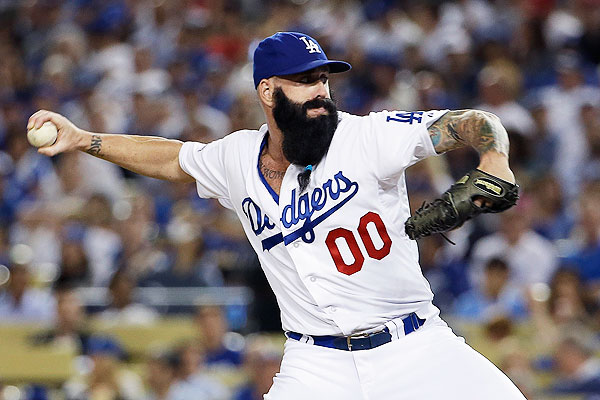 Former reliever Brian Wilson is planning a comeback -- as a knuckleballer.

Wilson hasn't pitched professionally since 2014 with the Los Angeles Dodgers, but he recently has thrown for at least two teams, Yahoo Sports reports.

"It was kinda good to lay back and figure out what I wanted," Wilson told Yahoo. "It feels like a new leaf."

Wilson, who will turn 35 next month and has undergone two Tommy John surgeries, played seven years with the San Francisco Giants and two with the Dodgers. He was a three-time All-Star, relying mostly on his fastball and slider.

He told Yahoo that he hadn't planned on retiring and missed the game, and that he started focusing on his knuckleball, which has long been in his repertoire, a few months ago.

"I always said that once my career was over I was coming back as a knuckleballer," he told Yahoo. "I'm good with it. Man, I get to play a game. It's going to be pretty fun."

As a knuckleballer, Wilson likely would attempt to move from relief to a starting role.